Sven Väth is the Peter Pan of techno. Despite being deep in the rave since the late eighties—including a sidestep into pop with 1987’s ‘pop-hit “Electrica Salsa”—he never seems to age. Nor do his energy levels seem to wane.

Multiple times a week does he step up to the decks, somewhere in the world, and serve up a party-starting style of techno that gets people dancing. He has vast reserves of musical knowledge to call on—as well as the releases on his own label, Cocoon—and is still dedicated to playing on vinyl. He rarely disappoints, and loves to throw in the odd curveball. His sound may be more accessible than in the early nose-bleed techno days of clubs like the Omen, but it is no less loved.

The coming weeks will find the German maestro play a World Tour date at London’s newest club, E1 on Friday Feb 16th with Dana Ruh, and then return to the Swiss Alps for idyllic mountain getaway, Caprices Festival, from 12th – 15th April which in 2018 will celebrate its 15th anniversary. Before those key dates in his ever-brimming diary, we look back at five classic Sven sets form over the last 20 years. They all show how he has evolved and adapted and stayed on top of his game longer than just about anyone else. 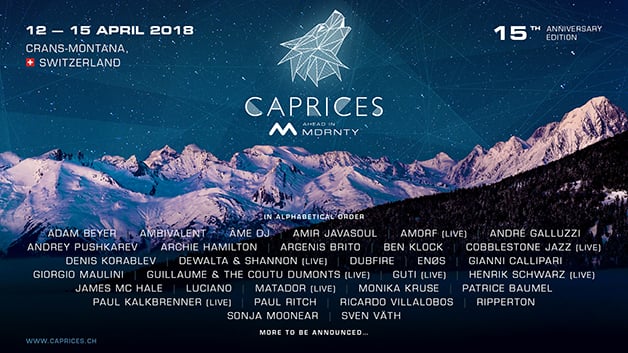