Every DJ tries to have their own moves and mannerisms behind the decks. Some big stars have used the same typical pose in front of millions of people for a long period of time, making them common knowledge.  When I say Armin van Buuren, you will most likely recall his “T” stance, with arms raised sideways at shoulder length, bumping away to some trance build-up. There’s a whole range of well-known DJ stances, actions and manoeuvres. You can see some of the most popular DJ poses below. 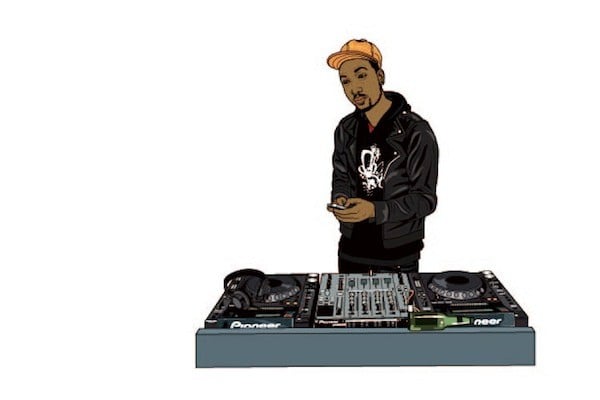 The Txter
The kind of body language preferred by moody grime DJs trying to look nonchalant by constantly checking their phone in the time between clanging mixes together.
Examples: Darq E Freaker, Preditah 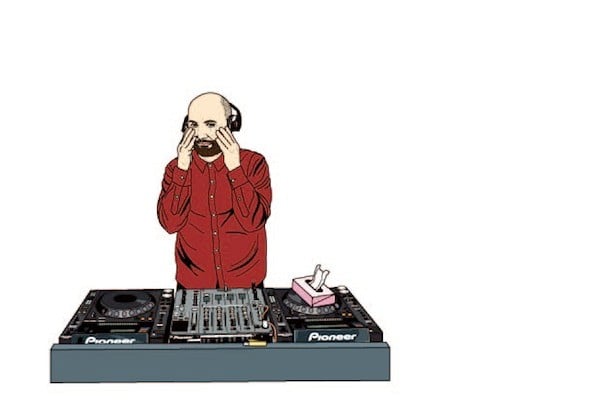 The Cry-baby
These DJs can be seen weeping with happiness at every euphoric/mindblowing musical moment, often going so far as to shed actual tears in the booth.
Examples: Prosumer, Move D, Robag Wrhume 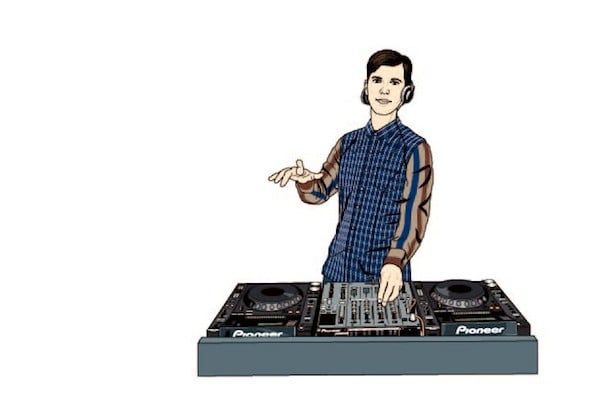 The Finger Piano-player
These DJs do little but look cool for their whole set – apart from when a piano comes in and they nonchalantly raise one hand to play along to the riff.
Example: Dixon 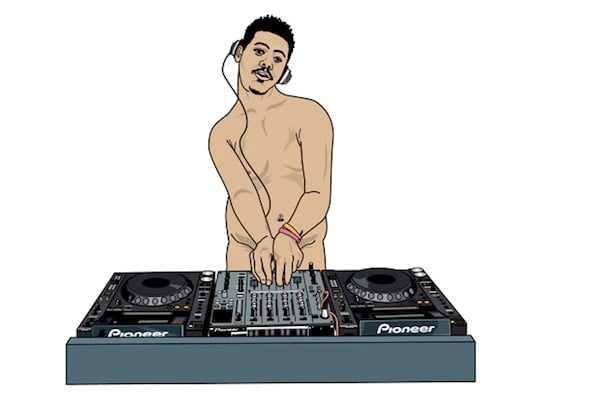 The Orgasmatron
A state of intense concentration and pleasure reached by DJs who become locked into their selection on a very deep level, resulting in the inadvertent exhibition of their sex face.
Example: Seth Troxler 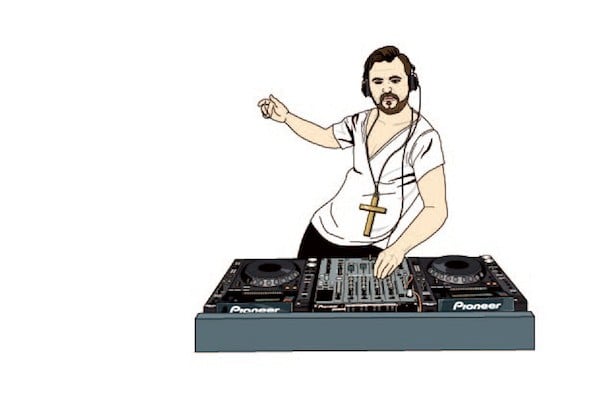 The Libido
Similar to the bobber, but instead of leading with the shoulders this lot lead with the hips, adding a hint of sexual thrust to what is in fact just someone fiddling with a mixer.
Examples: Solomun, Shaun Reeves 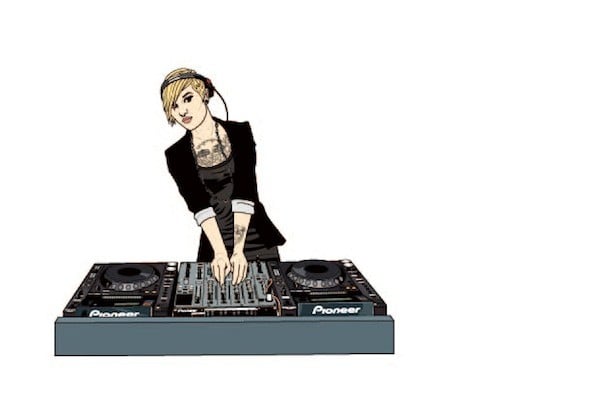 The Bobber
The pose for DJs who want to assume an air of technicality while also showing they are locked into a groove. They bob to the beat while EQing in earnest.
Examples: Maceo Plex, Maya Jane Coles 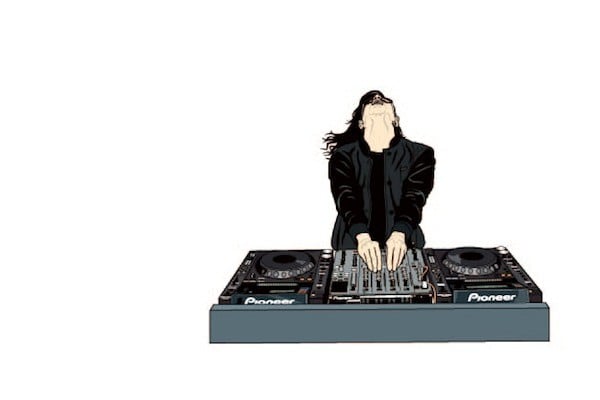 The Lean-back
Often occurs as the prelude to a full-on head-mosh when the tune drops. Habitual proponents risk displaying the contents of their nostrils to the crowd – not to mention whiplash.
Examples: Skrillex, Rusko 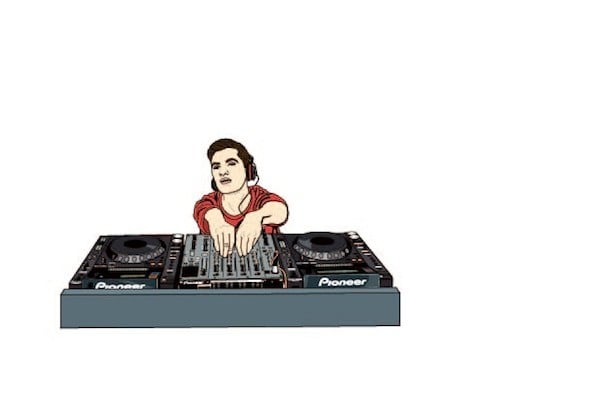 The Down-low
Adopted by DJs who get so into mixing that the top half of their body gravitates toward the mixer and they end up performing at a 90-degree angle as if suddenly struck by appendicitis.
Examples: Skream, Jackmaster 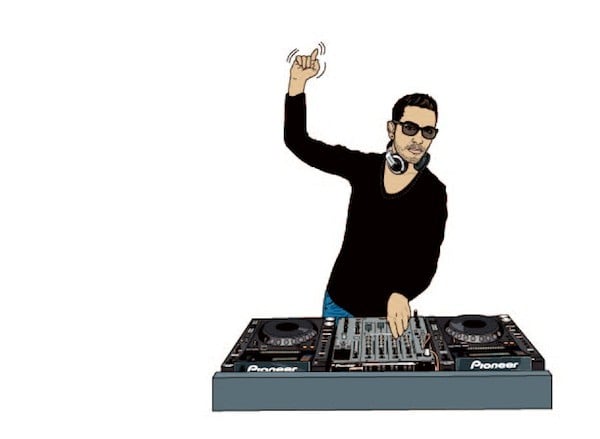 The Cowboy
They twirl one hand in the air like they’re lassooing cattle while pretending to whistle and side-stepping like a square-dancing rodeo redneck. Keep rollin’, rollin’, rollin’, rawhide!
Examples: Davide Squillace, Luciano, Reboot 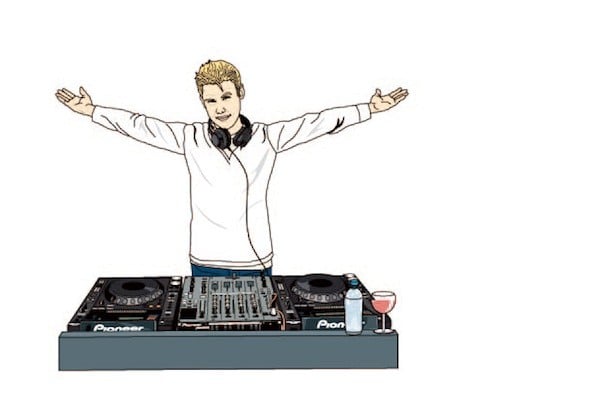 The Jesus
The ultimate pose favoured by many big-shots; with arms outstretched like Jesus on the cross these DJs probably lap up the crowd’s adoration while secretly thinking, “Yes, I am good”.
Examples: Armin van Buuren, Swedish House Mafia 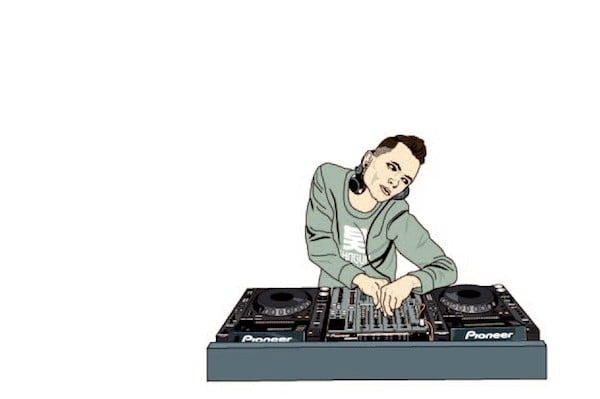 The Artist
Every turn of a knob or flick of a fader is a precise movement akin to an artist gently applying the finishing brush-strokes to a timeless masterpiece. Albeit with people shouting ‘Brap!’
Examples: Icicle, Rockwell 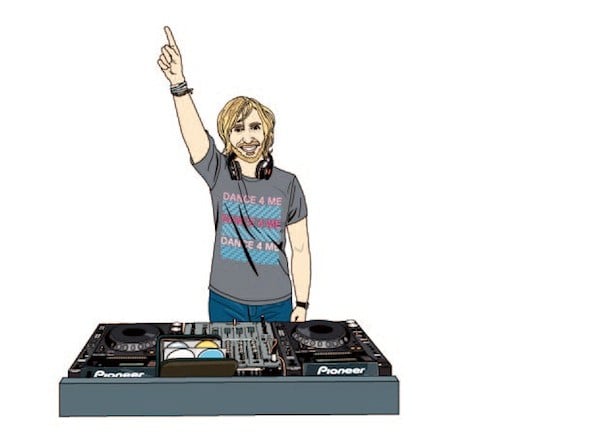 The Pointer
The standard pose adopted by many a mainstream millionaire – and those who aspire to be them. Far more acceptable in Ibizan superclubs than a half-empty Sheila’s Wine Bar in Swindon.
Examples: Guetta,Tiësto, Ferry Corsten