A few weeks back we were invited to come to Berlin and check out a DJ that we have been keeping our eyes on for some time now. The Swiss Jimi Jules would play a 6-hour set at Watergate, one of the most eminent clubs in Berlin’s roaring nightlife. The event at Watergate was hosted by a duo with some hefty experience in throwing succesful parties with a clear-cut philosophy. Because we can never refuse an opportunity to check out how people party outside of our little country, we packed our bags and hopped on a plane to Berlin.

When we arrived, the intense cold almost knocked us of our feet. Going from ten degrees in Holland to minus fifteen degrees is always a bitch. During the train ride to Kreuzberg, the borough where Watergate is located, we were treated to the vast, snowed-under sub urban landscape of Berlin. On arrival we decided to drop our stuff at our humble accommodation and check out some of the local bars before heading to Watergate. We entered one of the hip, stripped-down and living room-like café’s in the neighbourhood and ordered a few rounds of ‘wodka-Maté’ to get ourselves warmed up. The place was basically a living room with a small bar against the wall. Chesterfields and leather couches were spread chaotically throughout the place, occupied by hip Berliners preparing for a good night out. The bars in Berlin alone are a reason to visit the city. Because they feel so unfinished and stark it gives it all the more atmosphere, especially when comparing it to the overdressed and pretentious nature of some of the lounge bars in other capital cities (Amsterdam included). 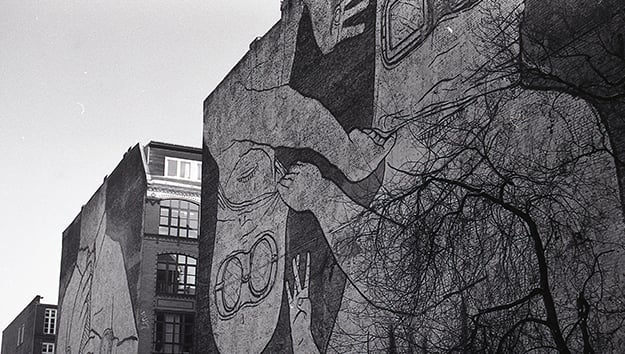 Around midnight we started walking towards our designated spot for the evening. Located next to the Oberbaum Bridge, that connects western Berlin to the eastern, once Communist side, was Watergate. On our way we saw a very sad sight of a couple of homeless people that were sitting on the ground in the middle of the frozen over street. We were told that this is a pretty common picture here. There are a lot of different sides to Berlin, some beautiful, others dark. Poverty is one of them.

On arrival, there was already a huge line in front of the club, full of undercooled and immaculately clothed locals and tourists. Apart from the line of people and the thumping bass coming from the inside, you couldn’t really tell that this was a club. The concrete block didn’t really tell what was inside. All that changes once you enter the place though. After passing the kind bouncers you will immediately notice the eye for detail that has been put into Watergate. Without overdoing it, the club breathes an air of chicness and modernity, while still giving you the famous no rules, party-hard feel that the city is known for. From the breath-taking panoramic view over the frozen river Spree, the black-clad personnel, all down to the famed ‘LED-ceiling’ in the main area you feel that this is one of the hottest places to be in the German capital.

Jimi Jules was already on the decks when we entered the main area, dropping some fat, funky house grooves on the dance floor that was starting to get packed. Of course our dance moves had to be accompanied by some alcohol artwork from the acclaimed cocktail bar that sports a long list of exotic and exuberant cocktails. After getting accustomed to the atmosphere and enjoying Jimi’s set, we decided to hook up with the founders of the event’s organization: We Want. We were led through a thick security door into a tranquil backstage area that was almost entirely soundproof, even though we were right next to the dance floor. There we had a chat with the two people behind We Want, Samira and Eddy, who explained that the organization originated from their extensive individual experience in throwing parties in Berlin. This night was the premiere of their first endeavour together. The philosophy behind We Want is first and foremost a mix between great international headliners and Berlin locals that can bring enough energy to the table to make the feast go on until well into the afternoon the next day.

Samira explains: “It was about creating our own concept, booking ideas, ideas for flyers and marketing and so on. We met at Watergate actually, since we both (still) work here. It turned out Eddy and I are pretty much on exactly the same level on these things so we kind of grew together and started this project”. Eddy continues: “Another big thing for us is to book DJs that are known to make a connection with the crowd in their set. All too often we have witnessed DJs that cannot connect to the dance floor and play whatever suits them. It’s a strange thing, because a big part of being a DJ is feeling the mood of the people in front of you. When you play upon that mood effectively, it makes all the difference in the world between an okay party and a night that people will never forget. We’re going for the latter”. 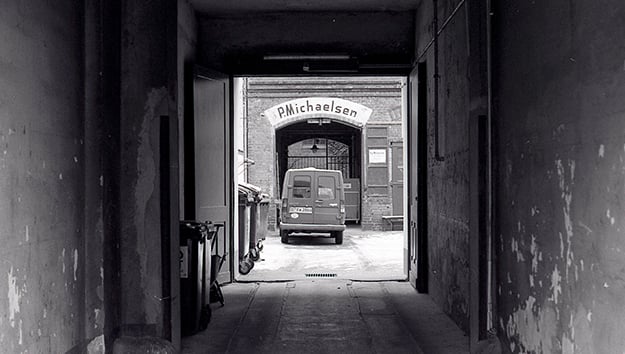 They also claim that in their opinion, the quality of some events in Berlin could be better. Eddy tells us that “other than those at Berghain and Watergate, there are a lot of amateur-level event organizations that could be doing so much more for this city’s partying circuit. This was another reason for us to start this project, because we do want to make that difference and push the nightlife forward, you know.” When asking them what made them grant Jimi a 6-hour set, Samira explained: “Our musical tastes are also similar. We like electronic music that is disco-infused or has a certain funk to it, Jimi is one of those artist that we both like for that reason.” Another reason they give is that long sets contribute to the connection with the crowd. “When someone plays for an hour and a half, there’s not enough time for that person to build something together with his audience, to create that extra dimension. That’s why we give artists the time to do this.”, Eddy adds.

When talking about the differences between our cities, they feel that in Amsterdam the DJ culture is maybe a bit warmer than in Berlin. Eddy and Samira have witnessed the Amsterdam DJ crowd from up close every year with their Watergate evenings at Studio 80 during ADE. They notice that in Amsterdam, DJs are part of one big family, whatever label they are from. Samira: “Everybody helps each other out over there. While in Berlin this is also the case, you do notice that it’s in a lesser extent here.” With so much competition in a city ten times the size of Amsterdam, it’s perhaps not really surprising.

So what’s the secret ingredient to make a party work in Berlin then? Eddy: “For all our events, we write invitation letters to the people we want to have over there. I’m not talking email, I mean a hundred handwritten letters that we send by post.  This is the first necessary step, in our opinion, to create that certain magical spark, so that before the party has even started, you know you want to be be part of it because it has that air of exclusivity. From there you can let word-of-mouth do the rest. It’s an example of the smaller things that can add that extra dimension that we talked about.” 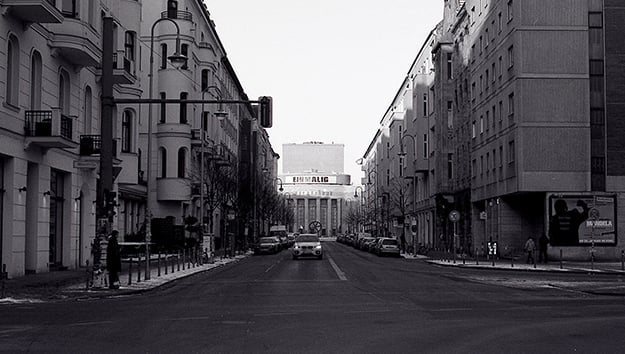 After this nice revelation and exchanging some more experiences from our cities’ nightlife, it was time to get back to the dance floor where Noze had taken over from Jimi Jules for a couple of hours. Noze’s live set was unusual and daring, but after getting used to their sound, the crowd was really going for it during the peak hours. From 6:00 Jimi took over again and was now playing more tech-house and techno this time around. This is when the sound system could really be heard in its full potential. The bass drum punched you in the gut like a wrecking ball. To not wear earplugs at this point was just downright dangerous.

Around the end of Jimi’s set the sun was starting to come up again, which made for a spectacular scene with the view over the river and the former DDR that was still asleep on the other side of the Oberbaum Bridge. We left the club tipsy and a bit dizzy from the violent but alluring decibels of the last few hours. After grabbing some breakfast we made our way to bed. Kreuzberg was starting to wake up again as more people were shuffling through the ice-cold streets. Watergate is an experience that’s as integral to a visit to Berlin as seeing the Wall. Everything seemed to be very well thought through, not from a commercial point of view, but from the visitor’s point of view.

In May, Watergate will be hosting a festival in Amsterdam together with Chasing the Hihat and ourselves. After witnessing how they throw a party at Watergate, we can rest our minds and look forward to our collaboration on Park Am See.

Since Watergate doesn’t allow any photographs to be taken inside, there unfortunately aren’t any party pics to be shown, so you will have to make due with these nice Berlin street portraits.