As Amsterdam’s sprawling festival season is far from over, many Facebook timelines are already devoted to the, literally, hundreds of events that are expected during this year’s 20th anniversary of Amsterdam Dance Event (ADE).

The tone is set for this highly anticipated week in October where Amsterdam’s historic city centre will serve as the playground for dance lovers, DJs, club owners, bookers, promoters, manufacturers from the electronic music industry and many other influentials.

The amount of events is staggering with some 400+ performances alone, let alone a week worth of workshops, film screenings, tutorials, technology showcases, and much more. As we sift through the massive affair, we will highlight some of the events we most look forward to. By breaking down each day hopefully we can provide an easy to digest look at ADE’s premiere events. Here are our ADE Essentials for Sunday, October 18.

HYTE returns to Amsterdam’s Warehouse Elementenstraat for ADE 2015. Featuring a lineup of house and techno heavyweights across four consecutive nights, the industrial space will once again be transformed into an underground music mecca. Most of HYTE is occupied by the harder sounds of house and techno, but on this night Loco Dice brings his esteemed Used & Abused imprint with its impressive roster of diverse acts. Not only will the Diceman bring Cajmere, Point G, Boris Werner, and Who, but De Sluwe Vos will be banging it out ALL NIGHT in the 2nd room.

Social Experiment is No.19 Music’s global event series brand which has grown to include events in Miami, Ibiza, London, Barcelona, Detroit and many other locations around the world. Now, the label touches down in Amsterdam for ADE week with, as expected, a stacked lineup. The event features label heads Art Department and Nitin, alongside Kenny Glasgow, Maher Daniel, and Guti, in an afterhours for the strong of heart only.

Thuishaven Wintercircus comes to town and brings Objektivity and 3000° Records to the stage to close out their massive ADE weekender. With Objektivity boss Dennis Ferrer, alongside André Hommen, Marshall Jefferson, Phil Weeks, and Dale Howard manning Circus 1 duties, and The Glitz, MOLLE aka MOLLONO.BASS, Monolink, Seth Schwarz, and Be Svendsen, you’ll be yearning for next year as soon as it’s over. 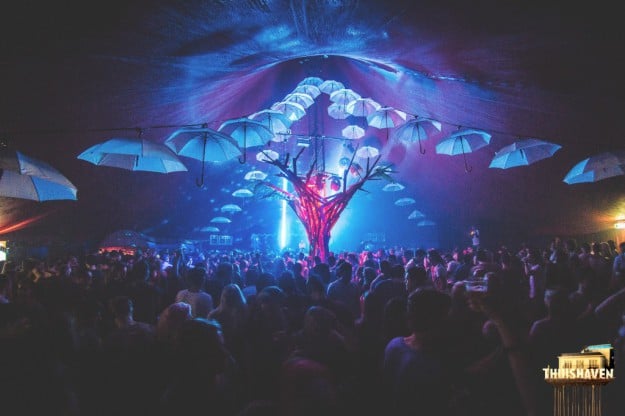 After 2 sold-outs years in a row ZeeZout is back at ADE, this time hosting a 4-day extravaganza. With quality line-up’s, an intimate venue and a big soundsystem throughout, Sunday’s Voyage Direct special will feature a who’s who of local heavyweights, including Tom Trago, Boris Werner, Steve Rachmand, and many more.