In coming from Guadalajara, how were you first introduced to this scene? How did you kick off your career there? What is its structure for nightlife?
I got into this because I met some English people who went to study Spanish in Guadalajara. I used to be a professional football player so they came to one of my training sessions. I met them to give some autographs, but I also liked one of the girls. I invited them to go for drinks and they all came out. We hung out for a long time and when I got back to their place they played a fabric and Global Underground CD. I asked: What’s this?…and from there I started to get into electronic music. To me, it was something very new. In Mexico you didn’t have access to all this.

From that point I had a big athletic injury and they all went back to the UK. They told me I should come to London just to have a look. I ended up going for 3 months as a tourist, and then I stayed 11 years.

From a personal perspective, how did you find the move to London? Was there any culture shock?
Yes! It was difficult because I didn’t even speak the language. I was 17 years old and was like: “What the fuck am I doing here?” The best thing was the clubs. I saw Chemical Brothers, Daft Punk, and went to fabric. To me, these were the biggest acts of the time.

From there, I started to work in a restaurant. All my money would go toward record shopping, and without decks. The only time I’d listen to the tracks was at the record shop, when I would buy them. After that, I saved some money and gradually bought turntables and a mixer. Only then did I start sound engineering school.

I came to Amsterdam from New York, but I never really encountered too big of a culture shock. I guess its because of the English language use here, but I can imagine going from Mexico to England must have been difficult…
Yeah. Imagine going to warehouse and after parties in London. From Mexico, I had never seen this kind of thing. Now, when I see it, it’s me playing them, then me playing fabric, and now I play with the DJs who were my heroes. Everyone knew I started out by giving flyers, putting up posters, recording demos for promoters, so that’s how I met everyone I needed to know. Now, for example, I can have a conversation with Carl Cox and we can always bring up the memories of when I was doing that kind of stuff and have a laugh.

What about current scene in Mexico? Do you think it has its own dance music infrastructure that can hold its own?
Now it can; with the help of BPM, Bar Americas in Gaudalejara, Hardpop in Cuidad Jaurez, and Mexico City has a lot of things going on. That’s why I was saying that if I was on an ADE panel I would highlight Mexico and the scene there.

What about artsist coming out of Mexico…?
There are so many! All the new artists have their own style so there is not one particular style going on there. I would say Betoko, Balcazar & Sodo, Louis Fresco, Miguel Puente, and Robbie Akbal are all talented representatives of Mexican electronic music.

What about your new “Vatos Locos” concept. For me, Vatos Locos reminds me of old films like ‘American Me’….
…yeah, and ‘Blood In Blood Out’.

It started as a joke but people related with it. I did it with Dubfire and Loco Dice, but then I decided to just do it on my own. There is a lot of new and amazing talent who I want to have what I didn’t …someone to give them a chance. I play with them, party with them, exchange music with them, so I thought we should all be part of the same group. Most importantly, we do not focus on 1 single headliner. We have had, for example, Martin Buttrich, Subb-an, Premiesku, and we all just decided when we should play in a night. No one holds any authority over anyone else.

So, this is what you mean by describing “Vatos Locos” as a democratic concept?
Yes, and people really appreciate this. We are not here with egos. It is about the music and the vibe. Seeing everyone playing amazingly is a great feeling.

Where do you see “Vatos Locos” in the future?
There are many offers, but I want it to grow organically and with the people, crew, and places we do it with. There is no rush!

Catch Hector in London on 31 October alongside Claptone, Andy Butler, Lee Curtiss, and Shaun Reeves, and then again on 28 November at SolidGrooves London Winter Showcase with Anthea, Sabb, Wade, and more (ticket link below). 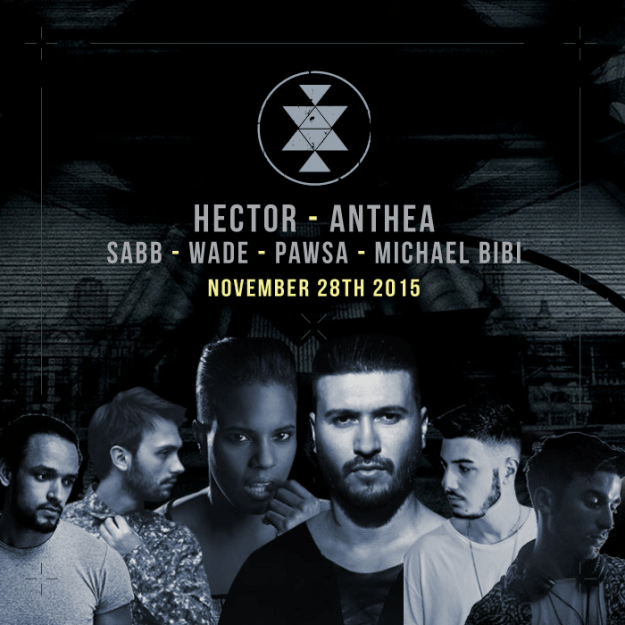