Berlin’s nightlife infrastructure is one of the most diverse, and encompassing in all the world, but what about it’s transportation system?

Given the number of tourists, expats, and non-German speaking visitors attracted to the capital city each and every year, many of whom thrive for entrance to the hallowed grounds of Berghain, Watergate, Tresor, and the likes, the massive, interconnected network of trains, trams and Straßes may be daunting to navigate.

Below, Germany’s answer to AirBnB WIMDU has provided a rather comprehensive and, most importantly, easy to understand map of the city’s expansive U-Bahn network, only with its nightclubs and most prominent bars replacing traditional metro stops.

Though Amsterdam does not have too intimidating of a metro system, a whole host of cities around the world could also benefit from such a resource. Looking at you New York City, London, Paris and Tokyo. 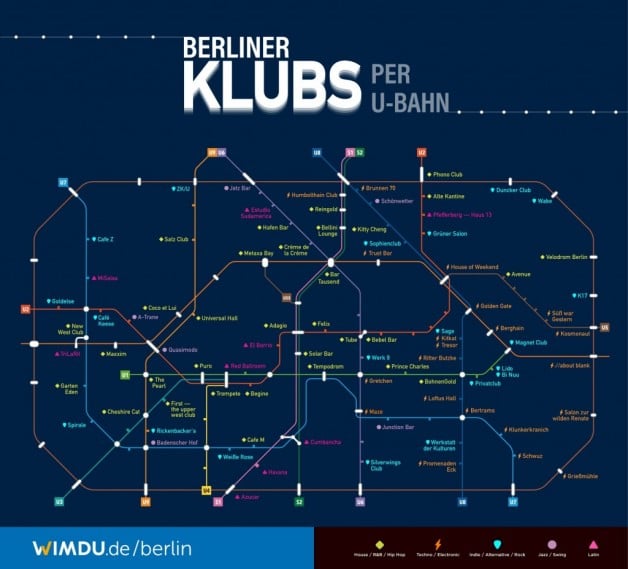 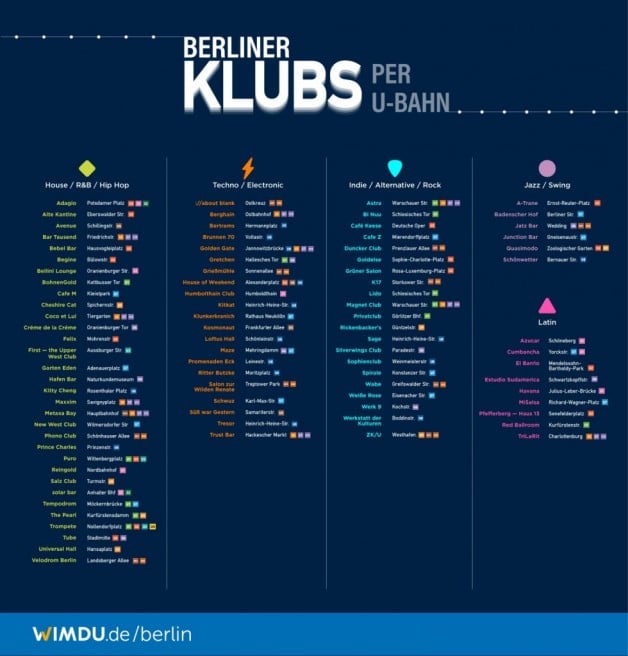