New Year’s. Think about it what you will, either as the best chance for “acceptable” debauchery or over marketed shit show for the desperate, the reality is it exists and it’s coming.

This year, as we say goodbye to the steaming pile of right wing crap that was 2016, the world is blessed these celebrations happen to fall over the weekend, and with International party capital’s like Amsterdam salivating at the opportunity to extend the celebration to the nth degree, there’s no surprise regarding the abundance of events going down in the Dutch capital.

Here, we’re presenting the events that have caught our eye and where you’d most likely catch us through the weekend. Some of the events are sold out, some are part of events over a series of days (like, Awakenings or Loveland) but, day to day, this is the best.

Remember, Amsterdam has a ton of 24 hour venues now so keep your eyes pealed on places like De School, Radion, and Warehouse Elementenstraat, but don’t forget about the likes of Sugarfactory, Claire, or De Marktkantine either. Surely there’s something for every taste.

Of the 5 massive Awakenings events taking place over the weekend, it is the kick off that features the most salivating of lineups for those caught on the cusp of Techno, Tech House and House. This one features the superstar likes of Richie Hawtin, Maceo Plex, KiNK, Joseph Capriati, Tale of Us, and Hawtin’ protege Hito. It’s sold out but…maybe a kidney can get you in.

Speedy J brings his beloved Electric Deluxe imprint back to the industrial Amsterdam space Scheepsbouwloods. Obviously, this one’s gonna get a little harder and a little darker than what some of our audeience is used to, but that’s ok, life isn’t all sunshine and rainbows anyway. Joining Speedy J will be RØDHÅD, Dax J, Shifted live, Ø [Phase], Clouds, VRIL live, Jeff Rushin, and more.

Pretty obvious why this one is on the list. Marcel Dettmann is good and so is Ryan Elliott. All night. No frills. Just go.

As the previous event leaks into New Year’s Eve, Innervisons’ Âme truly blesses the city with an all night, open to close New year set. Always a melodic favorite and a purveyor of soul-affecting sound, this could be a journey unlike ever before. To boot, Nuno Dos Santos has curated De Martkentine’s second room, inviting Moscoman and Pieter Jansen along for the ride.

Finally, for those who are looking for a little color in their celebration (not me, but that’s ok…), the always jovial Elrow comes to Amsterdam for a special New Year’s celebration. With a party theme “Sambodromo de Brazil” celebrating carnival, and the likes of Nic Fanciulli, WaFF, Benny Rodrigues, and De Sluwe Vos handling DJ duties, this one’s sure to be a proper party.

This one is for the most determined. So far the only announced names are Dr. Rubinstein, Steffi, and Tom Liem but, after 2 days of continual partying- Amsterdam AND New year’s style, it all probably wont even matter who is on the bill ’cause you’ll no longer be on Earth anyway.

De School, the jewel of Amsterdam’s thriving hipster scene is surely going to ring in the New Year in style. Whether its to see or to be seen amongst the crowd, De School’s 24 hour De Nieuw will feature the likes of Avalon Emerson, Job Jobse, JP Enfant, Ryan Elliott and a who’s who of De School residents: Cinnaman, Elias Mazian, Makam, Sandrien and more. This one will actually be going into 2 January and all your friends will be impressed that you spent your New Year’s at such a trendy place. 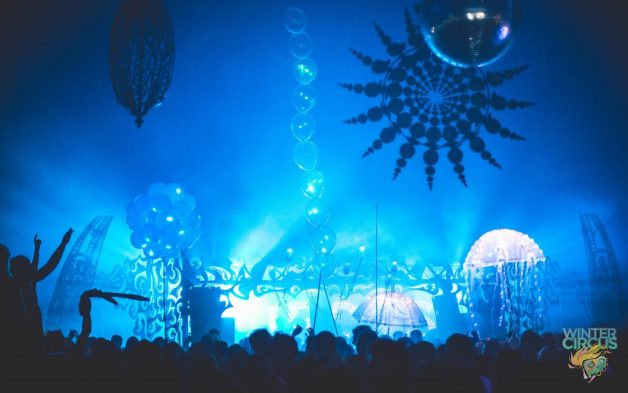 So far, Dennis Ferrer, Konstantin Sibold, Michel de Hey b2b Benny Rodrigues, Luna City Express (Norman Weber), André Hommen, Nuno Dos Santos, and SpaceandTime have been confirmed, but thisone has come something of a tradition around these parts. Let Objektivity and friends guide you into 2017.

The LIVE accompaniment to Loveland’s New Year’s Eve event, which itself features Seth Troxler, Steve Rachmad, and Tom Trago), the always fun LIVE version is, just that, only live acts. This year sees The Orb, Surgeon & Lady Starlight, Octave One, Kollektiv Turmtrasse, and a whole lot of other acts that just made their way on RA’s Top Live Acts of 2016.