A California based group called Compassionate and Respectful Engagement Squad aka C.A.R.E Squad has been spearheading projects aimed at “facilitating safe and respectful interactions in social and nightlife settings” for nearly 3 years, but its most recent strategy may be one of its most effective yet.

By highlighting the all-too-common harassment risk female festival and club goers are subject to, the group began handing out anti rape business cards at Los Angeles’ Woogie Weekend event. Images immediately started surfacing via Instagram of a business like card featuring, on the backside, the rules on consent, and on the front side, a simple message that begins: “Consent is sexy. Please leave me alone.”

A few months ago Mixmag published an article where its author Chantelle Fiddy wrote: “This [harassment] is something that goes on throughout club culture, top to bottom; from commercial big rooms to dim-lit underground parties. It happens so often that women are made to feel like it’s part of a normal night out; there’s a sense that complaining is futile, and we should all just wince and bear it,” highlighting the harassment women routinely face when attending such events. Fiddy went on to say, “if women can’t even achieve respect on the dancefloor, how is club culture ever going to change?”

Hopefully with such initiatives as from C.A.R.E. Squad our scene can move past its issues of objectification, harassment, and rape, and move into the a consent and respect based trend. 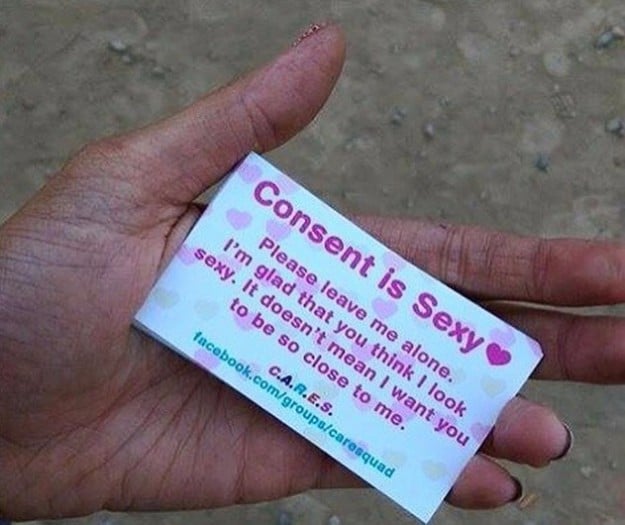