The immense ship Freedom Of The Seas that hosts The Ark Cruise Festival is set to create a perfect playground for all desires.

With a slew of activities, restaurants, and secrets, the inaugural seaward event has also completed its lineup. With over 90 acts in attendance, the likes of 2MANYDJs, Sven Väth, Axel Boman, B.Traits, Chris Liebing, Cassius, Felix Da Housecat, Richy Ahmed, Henrik Schwarz, and Matador have all been announced. They will join previously announced names like Robag Wruhme (who, alongside Axel Boman will be playing a very special sunrise session), Dennis Ferrer, KiNK, Stephan Bodzin, and more.

So, join us and the likes of FACT, Pacha, elrow, Ministry of Sound, PIV, Strictly Rhythm, and more for four days, 4000 revellers, and a festival experience like no other. Grab one of those few remaining tickets at the link and we’ll see you on the seas! 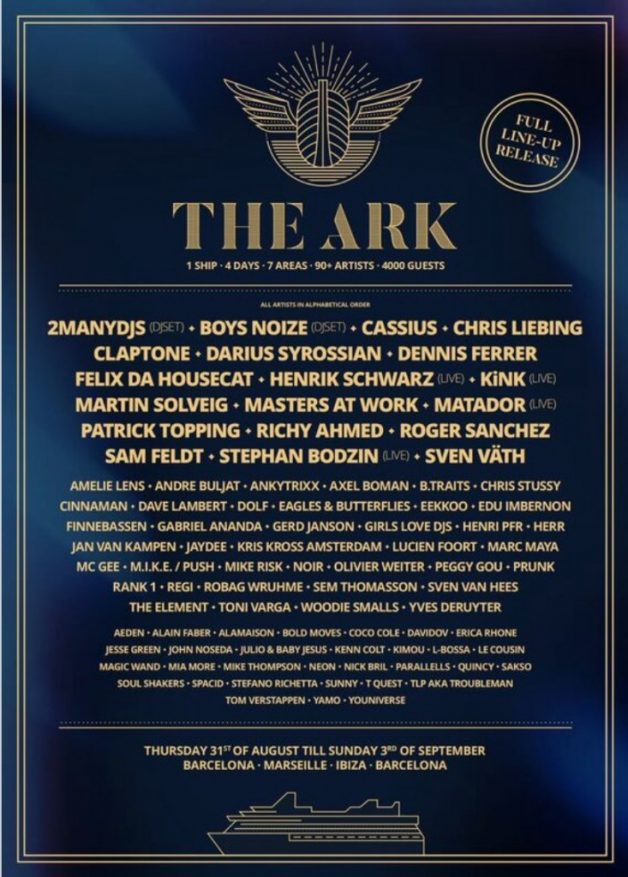