Audio Obscura latest plans in the realm of unique events at iconic locations will be held in Amsterdam on April 14th.

On this date, Swiss DJ duo Adriatique will become the first electronic music act to perform at Amsterdam’s Central Station, continuing Audio Obscura’s trend of scouting out Amsterdam’s best locations for unparalleled live musical experiences. From Joris Voorn’s Het Concertgebouw nights to Maceo Plex and Underworld underneath the Rijksmuseum, Audio Obscura now adds the Lil’ Club at the Amstelpassage – a creative meeting point in the city centre for local initiatives, contemporary artists and entrepreneurship – and Central Station to the list.

No stranger to DHA, Adriatique is one of the world’s top DJ acts with chart topping releases on Diynamic, as well as their own Siamese imprint. On 9 March, they will join Tale of Us’ Afterlife family with ‘Ray,’ their first solo release on the label. 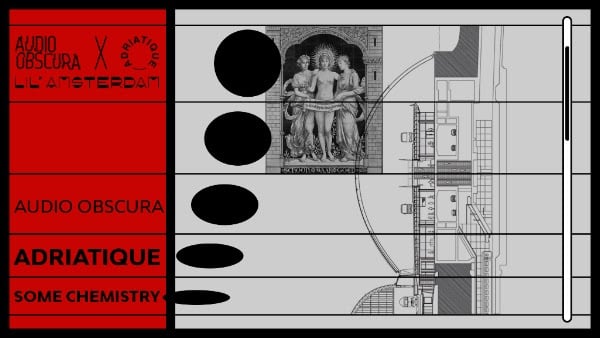