Waving his curls to the beat after his own performance, Danilo Plessow (Motor City Drum Ensemble) stood at the front row of a crowd already hypnotised by the “feel good” vibes of music. I asked him, how did the idea of inviting a live performer from the 80s on the day of his curations at Nuits Sonores – one of the major electronic music festivals in France – come up: “This is where it all started, these are the roots! That is what inspired why and what I play right now!”.

Leaping between soul, R&B and funk, no doubt, played by Ron Hardy, Larry Heard, Knuckles and all the godfathers, 70s disco can take credit for spreading club culture from underground gay clubs to the mainstream, but musically there was another sub-genre living and breathing side by side.

So, music geeks and crate diggers, you might want to read on or listen, because here’s the singer and producer of many Paradise Garage classics and a progenitor of the house music as we know it, often heralded as the pioneer and the crowned King of Boogie, Leroy Burgess. 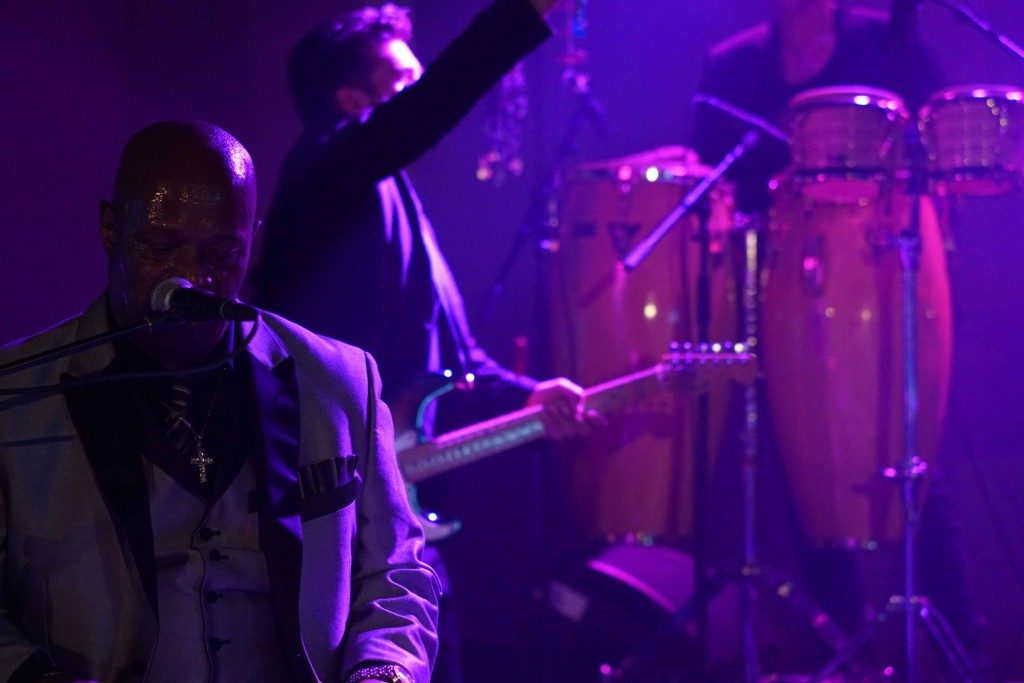 Through his almost half century long career, Leroy has created and produced under too many aliases to follow (names like: Aleem, Conversion, Black Ivory, Logg, Inner Life, Fonda Rae, Universal Robot Band). Next to that, even more collaborations – with Glenn Underground, Ron Trent, Louie Vega (Masters At Work), Cassius among many.

Before even thinking of records played in clubs, his music had all that a dance track required – the break, the length, layers, instrumental experimentation, the tease, the repetition, the energy. His compositions differed from the disco scene, by taking the “influences outside the influences” – infusing jazz and blues, Leroy created something that became his style, now referred to as Boogie. “I describe myself as the anti-star” – says Burgess, which explains why such a powerhouse voice has made himself the man behind the production.

You started even before the club culture has started, before disco or house. How did this whole development into a rounded club culture seemed through your eyes?
Well this is just the evolution of music. When I began I started doing slow music. Like Smokey Robinson and the Miracles, The Delphonics, that was popular. About 10 years after that, faster music started to evolve, an uptempo RnB and that ultimately evolved into disco, then disco evolved into boogie, house and so on and so forth. So to me, its just the continuing evolution of music. Music as an art form, music must evolve, it must breathe it must live so I just try to follow along with it. 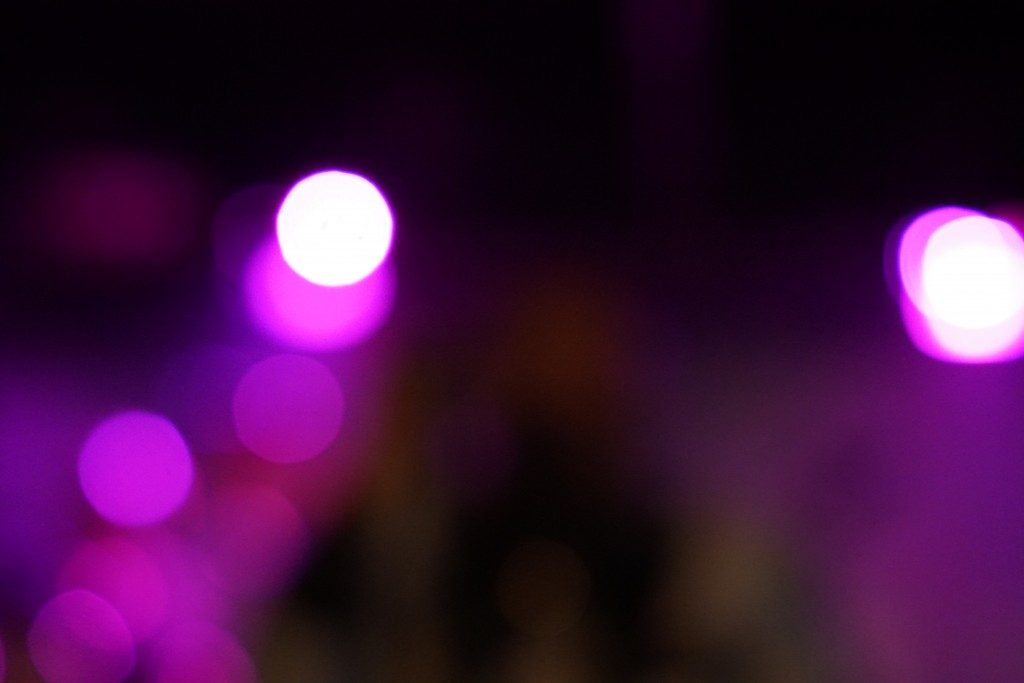 As an instrumentalist, mastering both piano and your voice for performances and in producing your music, can you tell what is your approach to the computer produced music in general?
Computer music is fine, but of course, I come from the times when people used to play the instrument. I think there is a marriage between the two, that needs to be arrived at, that kind of fight, but if you can get a meeting between the two, thats the best way.

As someone who’s records have been played by others on the dance floors throughout the years, I want to know your perspective on wether you think a DJ is an artist, a musician, an entertainer?
Anybody who enters music, wether they are a DJ or a traditional musician, they are entering the field of music. And generally the art form of music itself will lead you into production, into songwriting, perhaps into learning to play instrument. So however you get into music, it’s cool. If you’re way in is being a DJ, that’s a good way to get in because it helps you to learn how to move the crowd, how to play the right music for the right crowd, it’s just another way in.

You have played under many different aliases throughout your career, some records of yours could play and people wouldn’t recognise you’re the master mind under it. Now, some would argue that without the persona it’s very hard to push your music out. Would you agree with that?
For me the music was always more important than me, my persona. Also, I am very much into the people that support me, the groups that I work with. So I was very very content to be in the background and allow the music to speak for itself. That being said, people recognised my work, whether my name is on it or not, they’ll recognise something about the music itself, that tells them that’s me. So that’s cool. And now that I’m doing more stuff under my name that recognition is coming for the groups I worked with, for the Convertion, Logg and Universal Robot Band and so on.

But even when I wasn’t using my name, they would recognise my music. And that’s what I wanted. I wanted them to appreciate my music first and I was secondary to that.

Has this humility ever harmed your career?
(Laughs) I have days when I’m happy with it and then days when I said that I would have gone on another way, but I’m just content. If I would go back and do it again I would say split it. Do a little more of putting your own name out, but still continue to do the same thing to support your team, just balance it a little better. Because before it was all about the groups and only recently in the 80s I started including my name, and then people had a person, where they could familiarise themselves with me. So I would just arrive at a little better balance.

Why this music, why here, why today? Was there certain quality within your music has been missing modern the dance floors?
From the time that I was very young I appreciated music that has a timeless quality. I still listen to many of my old records, my mom’s records of Nat King Cole, old Motown Records, The Supremes, The Temptations, because good music will transcend time. I always hoped that my music would be among those that could last decades. I’ve been a little fortunate that it has doe that. A timeless song you can listen when your old, young. That’s what I tried to convey that in my music. 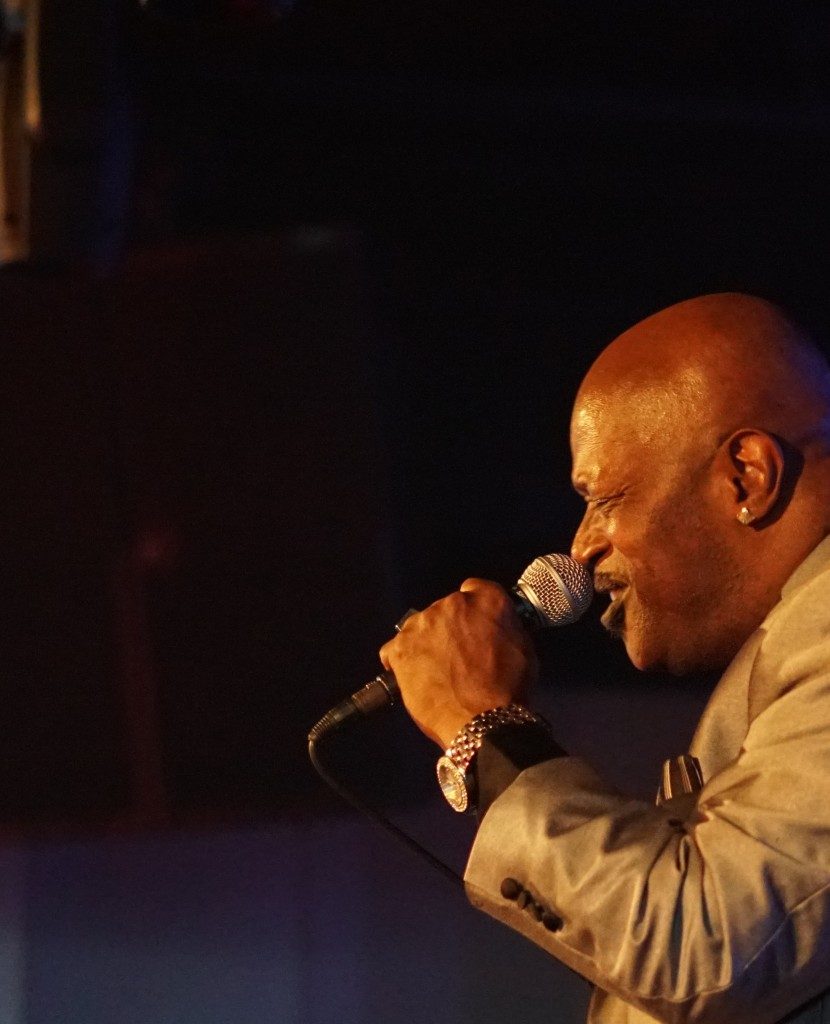 You have stopped being active in the music career during the nineties even though your tracks have been sampled in Hip Hop tracks, you yourself backed out. Could you tell a bit more why did that happen?
During the nineties was the Hip Hip and Rap era, and as I didn’t understand that, I didn’t want to try to get into that. So I took a little break from music, in order to study it, get a better feel and I returned to music since 1995.

What do you mean by studying in this case?
I needed to understand where Rap, Hip Hop was coming from. The mindset. It was so different from what we considered to be the traditional musical things. Traditional music is romantic, it involves relationships, close relationships, it has depth, meaning. The Hip Hop culture was very “in your face” it had a lot of anger in it, one of the things I didn’t like about it was the way it portrayed women or its propensity to think of money, the bling. These are values that were never important to me. More important was to be a true person, a real person.

Money rap, gangsta rap – it all took it to the wrong place, I didn’t see it as a good this, as a projection to our youth. I think there are higher values, that music being a higher art form should espouse. But there is room for everything. However, that was why I stepped away from music at that time, started looking at what that particular moment meant in the evolution of music.

Well in a sense rap started as a “street poetry”. How did you then perceive music with social messages? A few of your songs for dance floors are talking through the perspective of a woman, what was the reason behind it?
I think there is room for everything. Generally my music is about love, about fun, things that uplift you, similar to Earth Wind and Fire, Stevie Wonder, songs that can lift you up from sadness, take your mood up when you are really down. This is the quality I appreciate in all music, and try to incorporate in my music.