Hideout Festival was one of the first festivals to arrive in Croatia approximately a decade ago and now, to this day, it is still a leading festival on the international scene in dance music. This year’s delayed 10th anniversary was a special one with high energy throughout the five-day event. Across Zcre Beach’s famous open air clubs there were a myriad of amazing sets from stars of the house, techno, disco and bass scenes all coming together to put on an unforgettable show.

We now reflect on some of the standout sets from Hideout’s return this Summer. 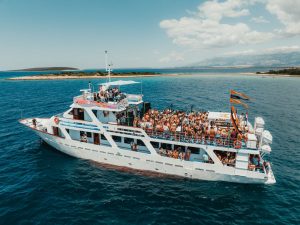 This London party starter always knows how to blow off the roof. He played one of his famously high energy selections as the boat party set off to sea. The scenery was stung with Croatian horizons in the distance and an open blue sky above us. As always it was a real mix of genres from garage, dubstep, house, disco to techno and we never stopped grooving. 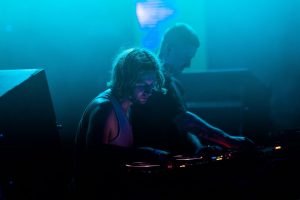 This was a super good B2B between two modern day greats. They decided to go quite hard with plenty of tough drums and high BPMS defining the sounds. The crowd lapped it up and went with them every single step of the way with hands in the air and smiles on faces. 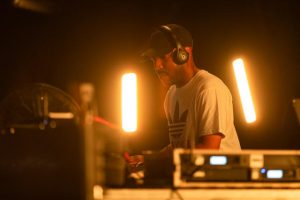 Some rain might have fallen during this one but that didn’t stop anyone or even slow us down. The jungle classics came thick and fast from this genre master, with rolling drums and big synths all kicking the floor into action time and time again. 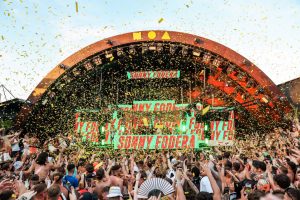 The Aussie house master Sonny Fodera really had the crowd eating from the palm of his hand. He served up some big and accessible house grooves with plenty of great sing-along tracks making for a great show. Sonny is a great performer and interacted well with his crowd and we all went home with top memories!

Emily Nash B2B Meg Ward
Hideout once again had a fine mix of genders at this year’s festival, with plenty of standout sets coming from women like Flava D, Radio 1’s Sarah Storey, Jaguar, Mafalda, Sam Divine, Sherelle and TSHA. But for us one of our favourite times was at the hands of Emily Nash and Meg Ward. The pair went back to back in thrilling fashion with a mix of cutting edge new dance sounds and plenty of classics that got huge reactions from the crowd. They packed in for open-air, late night dancing and were not left wanting as the young rising star Emily brought plenty of fresh sounds next to another incredible, rising talent in Meg Ward. A truly fun moment and highlight to celebrate!
Ewan McVicar B2B Skream (and his Boat Party!) 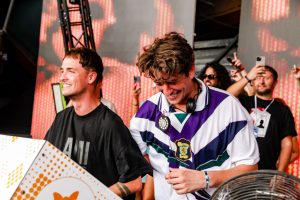 This was one of the final B2B’s of the festival, unplanned too, with Ewan scheduled to play just before Skream. The pair of artists agreed to perform together and they did not disappoint with a sway of Scottish fans at the front of the crowd energised throughout as Sub Club royalty Skream performed alongside the National favourite. The happy crowd lapped up banger after banger as the DJs exchanged plenty of silliness and playfulness during the five hour performance. This has to go down as one of the standout memories from the festivals’ return and will take some effort to out-do this one.

What’s more, London party starter Skream also played one of his famously high energy selections on a top boat party. As soon as it set off to sea, there was high energy and lots of fun in the air. The scenery was stunning with epic Croatian horizons in the distance and an open blue sky above us. As always it was a real mix of genres from garage, dubstep, house, disco to techno and we never stopped grooving as the ship cut through the crystal clear Adriatic. It made for plenty of magical moments once again from the unbeatable Skream.