A true pioneer of Techno and House, Philadelphia’s Josh Wink continues to blaze a trail through the world of contemporary electronic music.

A veteran of some 25+ years in the scene, as well as being a bonafide East Coast US rave hero, the Ovum Recordings boss continues to make and break trends with his unafraid approach to creation. Having traveled the globe, everywhere from its biggest festivals to its most underground nightclubs, and released, remixed, and collaborated with names like Steve Big, Radioslave, Loco Dice, DJ Sneak, Masters at Work and more.

This month, Josh Wink joins The BPM Festival: Portugal as the annual Playa del Carmen institution expands out onto the European continent for the first time. Ahead of the event, we managed to speak with Josh on his summer, relationships with The BPM Festival, the traveling life of a DJ, and much more.

“I’m looking forward to getting to know my studio and equipment again.”

How has your summer season been going? It’s always a busy time so how do you manage to maintain your mindfulness through it?
It is a mindset. DJs have a perpetual touring schedule. It’s not just busy in summer. It’s busy whenever you want it to be. It’s just that, in the summer, there are more things going on. To me, I just try and change my way of looking at things. The other day, I tweeted “I Love my job. I dislike my work”. I enjoy what I do when I’m doing it. When I have my sets I’m like a pig in shit. I’m an artist in his element. I don’t think about anything else. That’s what I love but it’s not easy. Since I don’t live in Europe and 80% of my performances are there, I have to deal with trans Atlantic flights 2-3 weekends a month.

When you say you changed your mindset, was there ever a period in your career when the travel was very un appealing ultimately forcing this change?
We have to realize what we have to do now. It’s very difficult to make a living solely as an artist or Producer. With streaming services, people don’t want to buy music anymore so artists put records out in order to tour. Every artist is realising that they have to make a living by ticket sales.

There was a part of my career where traveling the world was fun but I’ve been doing it since the 90s. I was excited to go and play places I’ve never been, or to return to places I had a good time in. Now, we have to deal with the rigours of post 9/11 world travel. Regardless of that, there are also traveling woes everyone deals with. The physical endurance and taxation it takes on a person’s mind and body and the unphysical demands of being in an artificial atmosphere as often as we do. I changed my attitude toward it as it’s something I choose to do in order to create my art. It’s really as simple as changed the word “have” to “want”.

Do you still get travel places that you haven’t been to before even after all these decades doing so?
Sometimes. After 25 years the world becomes a small place.

What was the most recent?
Honestly, I can’t even remember. I’d love to say I could. I say in a lot of interviews that I actually don’t remember a lot. I don’t think it’s the capacity of my memory but rather the fact that there is so much on my plate. 40 weekends, 3 times per week for over 25 years, I am blessed with having so many memories it’s hard for one to stick out. Also, now I am a traveling dad so it has changed my focus a bit. For example, I love Portugal and I will get to play during The BPM Festival but I can only stay for 12 hours or so since my son is starting a new school and I want to be there for him.

How do you balance career and family now, especially given the International nature of your job?
I want to be there for my son and family. Since having my son I’m not to be away for more than 5 days. It gets difficult because, if I leave on a Thursday for two overseas performances, that’s 4 days right there. I can do 3 days of gigs maximum. It works well for me! It makes me feel better. When I first started traveling, there wasn’t even cell phones. Now, at least I can instantly communicate with my son so, even when I’m away, we can be connected.

When you do travel back to Philadelphia, how is the city’s electronic music scene? Do you consider it as robust as when you first started?
I come home to be with my family and society. I do two parties a year in Philadelphia – a Halloween event called HalloWink and a birthday party. When I’m here, I focus on music or the label. It’s really not too much about working here. These days, I don’t know much about Philadelphia’s music scene in terms of going out.

In terms of getting around the world, Philadelphia is very easy. I live 15 minutes away from the airport so I can leave an hour before boarding. I can fly to pretty much every city in Europe and if I can’t I can get a train to New York. Right now it works for me. It’s where my home and heart is but I don’t know if it is going to be a future home. We have been shooting the idea around of moving to Spain. It would be nice to be somewhere a little warmer!

So, moving to The BPM Festival, what has your relationship been with it? did you play the first edition 10 years ago in Mexico?
No, I was a late starter. I started playing there about 4 years ago. I have become friends with the guys over the years.

How have your experiences been playing The BPM Festival?
Last year we had an Ovum party at La Santanera, which was our second at the venue. Two years ago though, I went solely as a guest. The parties were always so much fun.

Is it usually a positive experience?
Yes, for sure! We usually work it out with the family. We usually go down to Tulum around that time anyway so I figured why not bring some music. It ended being a working vacation. We stay in Playa Del Carmen for a night and then go to Tulum for a week.

You mentioned your impressions of Portugal, but how do you see it as a welcome site for BPM’s Europe expansion? Do you think it works well?
I imagine so. Those guys do good events and they have 10 years under their belts in Mexico. Plus, they’re working with a good company as a liaison in Portugal and they have great artists on hand. It looks great and I really welcome this opportunity. I’ve been going to this area since the early 90s and I love it. It’s a beautiful country with beautiful atmosphere.

Finally, moving on to Amsterdam, what do you have planned for ADE this year?
Nothing, actually. I haven’t been a part of ADE for years now and it’s solely by choice. My son’s birthday is October 19, which is always around the time of ADE. My son is turning six, so birthdays are very important to me. Last year I was asked to play some parties, including Cocoon, but I had to turn them down because my family is a little more important.

What about with your own schedule and Ovum through the rest of year?
We’ve had a strong year, so we’ll continue to release music. The releases are cool and diverse, which is great. Personally, I’m excited because I am taking three weeks off now as my son transitions into kindergarten. During that time, I will be putting the finishing touches on a new album, which I’ve been working on for 3 years now. I’m looking forward to getting to know my studio and equipment again. 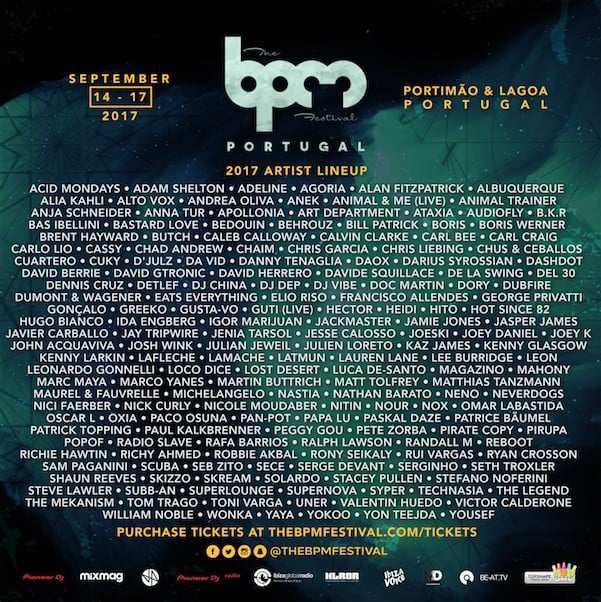