The BPM Festival: Portugal has announced its second wave of artists, more than doubling its lineup for the inaugural edition.

Tier three festival passes are NOW ON SALE. Find all information below! 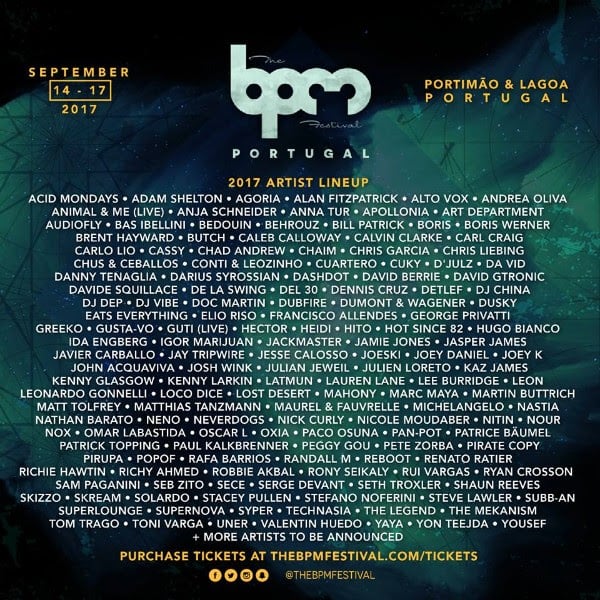