It’s been nearly a week since Dekmantel Festival 2018, the renowned and beloved jewel of Amsterdam’s robust festival landscape, swept into town. From the I’J River to Radion and, of course, its home base of Amsterdamse Bos, the now six-year-old festival continued to reinforce its place as a bonafide leader in atmosphere, curation, and risk.

For the past couple of years, the three-day festival has gradually expanded into something of a mini-conference, where its events are supplemented with (a slew of) afterparties, concerts, radio appearances, interviews, and panels. This year, beginning on Wednesday with its Muziekgebouw opening concert featuring a dreamy live performance from electronic pioneers Tangerine Dream, followed by Four Tet (one of the many artists to feature multiple times across the coming days, including Elena Colombi, Identified Patient, Palms Trax, and John Talabot), Dekmantel staked its flag into the 2018 festival sand.

As its Wednesday morphed into Thursday, the real meat of Dekmantel kicked off. On a day where it is virtually impossible to be everywhere (well, not virtually. It is impossible, as the days presentation scatters across multiple I’J River venues from morning until night…plus it was hot AF, which continued throughout the weekend), the dreamy soundscapes of Tangerine Dream’s synths turned into micro points across the entire spectrum of music. Like the last two years, Amsterdam’s Eye Film Museum (a personal favorite of all the city’s museum spaces) played host, alongside RA, to Dekmantel’s Conference, featuring film screenings, one on one conversations with the likes of Warp Record’s Clark and analogue synth head, Legowelt, panels on topics:“Marketing Yourself As An Artist In 2018” with Varg, Sassy J and Hieroglyphic Being and the “Art Of DJing” with Elena Colombi and John Talabot. Then, the nighttime program spanned the aforementioned Muziekgebouw, as well as Bimhuis, Shelter (where the acts like Aisha Devi and sonic anarchist, Yves Tumor devastated psyches – no trigger warnings allowed) and Tolhuistuin. 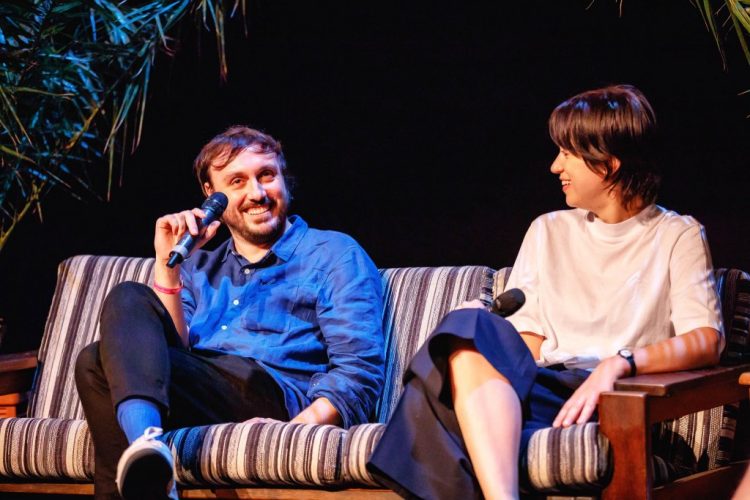 On Friday, it was on the to the main event – the festival itself. Spread across the weekend and with an added stage, more artists then ever crammed the green terrain of “the Bos”, playing typically untypical sets to the 6000 or so faithful in attendance. On the day, John Talabot and Daniele Baldelli had overlapping timeslots. For the first hour, Talabot delivered a strong set, combining beautiful, lighthearted leftfield House with heavy punchers and Disco, while Baldelli, the legend, pulled out his classics for a ride filled with Funk and Italo, setting the mood for the rest of the day while leaving at the entire Selectors faithful with smiles on their faces. On the main stage, Call Super seemed to try and find his groove after taking over from Ricardo Villalobos until about halfway through his set, at which point he regained control. Modeselektor found themselves in a similar situation, starting off heavy before promptly deciding to switch with ‘Bad Kingdom‘, a crowd pleaser, closely following with  Fango’s ‘Rectum’, and their infamous ‘New Error‘. Finally, the main stage closed down day 1 with Orbital, the brothers who hadn’t been performing much since a 2012 falling out. Feeling like something of a treat to witness a performance from true festival legends, within the first minutes the crowd (MANY of which not of age to remember their mid-late 90s golden years) was won over by their energetic and intriguing performance….and trademark flashlight glasses, of course. 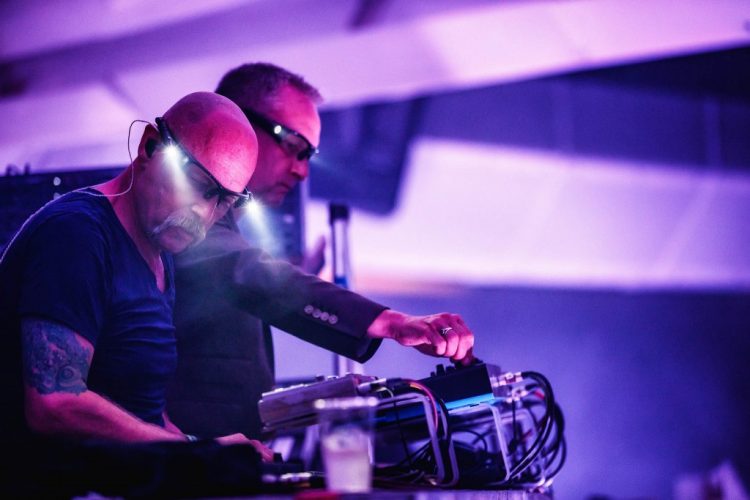 Dekmantel’s Saturday saw Mariel Ito aka Maceo Plex do his electro thing on the new UFO II. Completely in his element, Mariel’s set was infectious and the crowd reciprocated giving it their all. His combination of old-school Electro and EBM, alongside a few of his own unreleased productions, set the mood for day 2, a highlight we didn’t want to miss. After Mariel Ito, we paid a visit to the Greenhouse where Dekmantel Soundsystem played an infectious set filled with Italo and Disco. Next up was Gilb’R and Max Abysmal, where we jumped in on its second half. Although it was their first time playing together they seemed very natural, like a father going b2b with his son. Afterward, we left for the main stage where Mount Kimbie performed their live show just before sunset. With their joyful synth melodies, it was the perfect moment for people to have a breather.

The rest of day 2 saw us visit the Redlight Radio Stage for the first time, with Charlotte Bendiks and Elias Mazian lined up as its last two acts. Where Charlotte tends to play more sophisticated, this time she didn’t hold anything back, playing heavy hitter after heavy hitter. Even those working the food court took notice and the dance floor filled up quickly. After, it was up to local hero Elias Mazian, who picked up the vibe right where it was left, getting more people involved in surrounding the RLR Church – one of our favorites of the day. Finally, for the last half hour, we caught the closing bits of Palms Trax set on the Boiler Room stage. He was throwing in House and Disco classics left and right, leaving everyone wanting more with the BR host literally telling him to stop leading to a light moment of an inside joke between Palms Trax and Young Marco where the BR host thanked Young Marco for Palms Trax’ set. 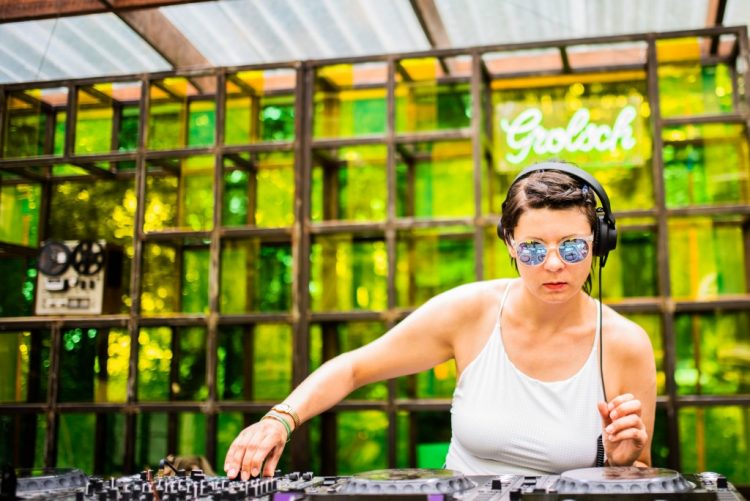 We left Day 2 fully satisfied and it was off to day 3, the closing salvo. For us, day 3 went pretty hard with most of the time spent between UFO & UFO II. In the former, it was the likes of DVS1 whose thick doses of Techno groove, alongside his patented energetic stage presence, lead into the devastation of Oscar Mulero perfectly, while the latter stage featured the festival’s second spot on performance from local Identified Patient – truly a name on the high rise in our opinion, and a person who will be featured across late afternoon and evening slots imminently. Then, it was a weaving set through the darker edge of the spectrum from Parrish Smith, who recently released the appropriately titled “Sex, Suicide & Speed Metal” via Dekmantel sister label, UFO. After Parrish, it was off to the sweaty Greenhouse stage with the bass-driven sounds of The Bug combined with MC Miss Red. Of course dropping their collaborative track ‘Goodbye‘ in the process, it wouldn’t be an understatement to say the duo caused a seismic level event of heavyweight dub and bass – we’re surprised the trees of Amsterdamse Bos are still standing, to be honest. Finally, it was off to the main event, the closing set on the main stage. Last year this honor went to the beloved Antal & Hunee (neither of which featured at Dekmantel in 2018), but this year it was for the one and only Helena Hauff. What can be said about Helena that hasn’t elsewhere, or right here, she is a once in a lifetime sort of talent. Having featured throughout Demantel and Lente Kabinet‘s lineups over the years, this was her first appearance on its main stage and it did not disappoint. Ranging everywhere from classic Rave to Electro to devastating Techno and through the periphery of all of it, Helena is an artist where the faint of heart, social media influencer, and ironic hipster simply need not apply. This is pure, unadulterated electronic music the way it was meant to be heard, felt, and experienced…harkening back to the golden days where rave still felt dangerous, dirty and, most importantly, disruptive. 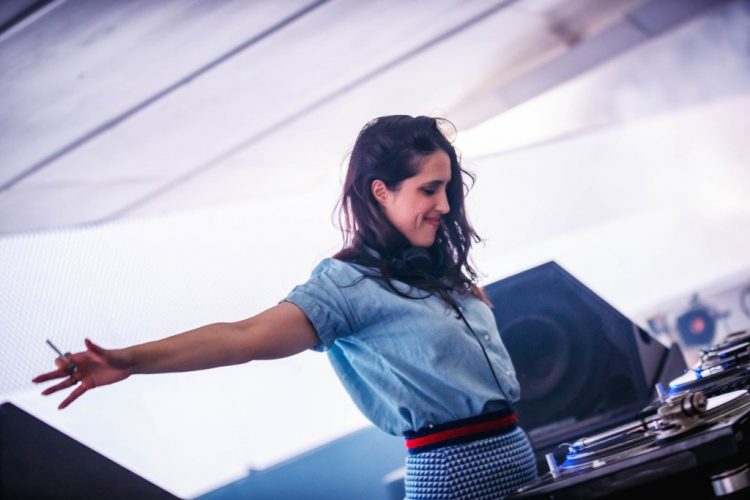 Dekmantel is a festival with the innate ability to feel simoltaneously grand and intimate. The sheer scope of its lineup give it a grandiose, at times overwhelming, feeling. However, on site the festival feels as close and connected as such things can get. Perhaps it is the unparalleled vibe coming from the crowd as a result of identifiable effort and energy put in from its performing artists; perhaps it is that Dekmantel has found itself existing within something of a mythological space within electronic music at this point, OR perhaps it is as simple as a well organized event operated correctly by its internal apparatus. Whatever it is, Dekmantel remains the gold standard of Amsterdam festivals (this description may have been used in past Dekmantel editorials from us…but, whatever, it’s true) and a constant contender for top festival INTERNATIONALLY.