The memories from last year’s DGTL Festival are still fresh. But as the sun is slowly (very slowly) peeping through the Amsterdam sky we’re already less than a week away from the next edition. While we’re rounding up the final preparations for this biggest and most extensive edition yet, we want to get your festival heart beating faster with this quick preview of that which you can expect during Easter weekend, and of course the night before, when we’ll kick off the festival in style.

On Friday the third of April, a special opening night has been added to the festival program with a five-part line up in the Scheepbouwloods that will inaugurate the festival grounds around it for the coming weekend. Topping the bill is one of UK’s most innovative artistsde Four Tet, whose signature sound revolves around relentless percussions and dissonant bass lines. Next up is superduo Mount Kimbie, who for this occasion will not be playing live but an actual DJ-set, While the soul-laced globetrotting electronic act Dark Sky will be appearing for a live set. Two Dutch acts round up the line up nicely, namely Dekmantel Soundsystem and the disco/African electronica loving Young Marco. 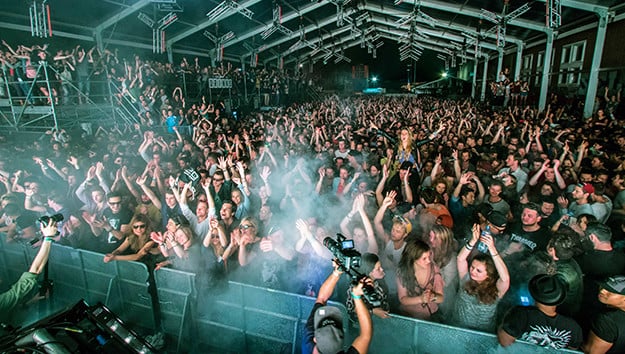 The festival itself will cover 12 stages, featuring over 80 artists across various genres from the underground dance scene. Tough choices need to be made during both days of this spectacle. You can warm up on Saturday at the Digital stage to the sounds of local heroes Elias Mazian and Boris Werner, at Shall Ocin at the Ellum stage, or perhaps you like to start off a little deeper at the Audio Stage where Sandeep and Mees Dierdorp will be playing in the early afternoon. In the evening the timetable becomes even more ruthless: all around the same time you can check out sets by Pachanga boys, Andhim, Breach b2b Cinnaman, Adriatique and Art Department. While the closing sets offer the choice between the likes of Jamie Jones, Mano le Tough, Dusky and Jamie Jones. Check out the full timetable on the website or the DGTL app come fully prepared for this musical extravaganza 12 stages.

But of course there’s no party without a proper after party. When the music stops on the festival grounds, you can continue indoors at the Scheepsbouwloods, where the finest artists will gather up for some excellent after sets. Some of them will be some truly epic b2b sets. Tickets for the after parties are on sale now. However, guests staying at the official DGTL campsite can get entrance to the after parties for free.