The BPM Festival’s signature party, YA’AH MUUL is heading to Portugal at the end of the week and we couldn’t be more excited to be there!

After two editions at each The BPM Festival 2016 and 2017, the festival’s star-studded party takes it to the next level for a three stage takeover for its fifth run. 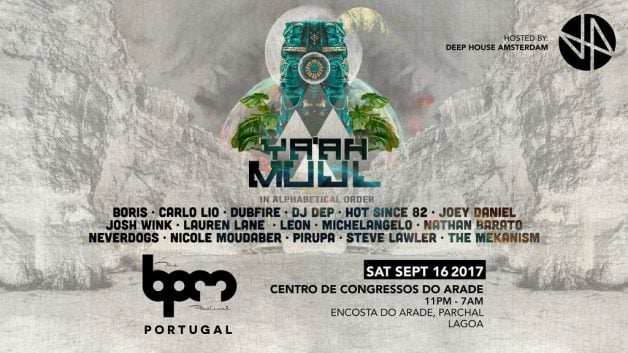