The hidden master behind Ahrpe Records, Amandra, is known for his subtly evolving and droning atmospheres.

Now, with the LP on the shelves, Amandra discusses his motivations and technique behind its production.

“I wanted to break from the classic techno format”

Your second album “Dame De Bahia” is now available, Can you describe a bit about the name, and what the starting point of this project was?
I have a specific idea when it comes to names, it takes me ages to find them, it’s definitely a part of the whole process, I constantly seek actually. I first have the music and then, once a project has been validated, I start building an overall atmosphere through names. It’s really important to me as it gives the final image and how people will first get into the music. Here, for Dame De Bahia LP, I kept in mind the southern part of France where I grew up and started this way. I look for a balance between bright, soft, Latin-ish and girly sounding names, but always having a common direction in mind for a single project. Usually the funny part of it is that I go so far with words combinations and hidden aspects through them that I don’t even remember myself how I found them or what they mean but I do recall what ideas I had in mind while seeking. This way, unpurposely, I keep some mystery even for myself !

One thing you do say about the album is it is essentially an ode to your Mediterranean roots. How so?
The album is providing a certain tranquility to the listener, it’s quite of a chill one and each track is quite different to the others. I wanted to break from the classic techno format showing identically sounding banging tracks put together. I feel the tracks of my album are connected though being different, I like this because it maintains some sort of spontaneity and surprise to the listener, you don’t know what’s being next basically. Mediterranean life, as I know it, is peaceful, quiet, chill and so is Dame De Bahia LP. I hope people enjoy the idea.

Aside from musician, are you involved with sound design at all? I ask given the soundscape feel of the album?
Frankly, no. But it’s an aspect that I like. I’d be interested in producing OST for movies for instance. I get this remark quite often actually “have you thought about making music for films ?”, yes I have but where/how to start?

What would you say the most important piece of equipment/software/tech used was in the making of this album?
I use mostly hardware instruments otherwise I’m not having fun. I jam on Roland TR-8, MFB Tanzmaus, 303 clones, DS Mopho X4, Korg ARP Odyssey, Roland JP-08, all of these often processed by some Eventide pedals. I’d even say these last guys are the most important in the process.

Can you talk a bit about the visual representation of the album? What was the process like choosing the cover art, for example?
I delivered the tracks with their names to Obscura crew and two Italian designers, Ester Bianchi & Francesco Tosini, got inspired apparently ! They made two different proposals and this one we chose was a perfect fit to me, I liked it directly because it gives this mood I fight for: bright and soft feelings applied to this “way-too-dark” techno world.

Describe Obscura as the right imprint for this project?
I saw the Agents Of Time play live and I felt the connection with what they do, they have this mood in their music that is completely coherent with what I do. Also we worked together for the second release on Obscura, a 2×12” VA. I proposed few tracks to them for this VA, they validated Derviche Roba without any doubt… I directly knew I was talking to sensitive musicians, as I expected them to be ! Back to the LP, they proposed to me to release an EP after the VA and I was very focused on this LP in my mind for quite a while already, so I simply told them : “how about we make it an album instead of EP ?” and they said a straight “YES” !

It will sound like a declaration of love but I will say it anyway : I really like these three guys, I felt a personal connection with them, hard to describe, but human-wise they are perfect chill guys for me, cool to hang out with, have a chat without pressure, so yes, it’s not only about music here and Obscura is the right imprint for this project, at least that’s how I feel !

Going into 2018, after such a prolific release schedule in 2017, do you plan on the same kind of creative output?
2017 gave the feeling that I produced like crazy because it got all released the same year. But most of the music I released in 2017 was produced and validated in 2016 already. It was a great year for my music, that’s for sure, mostly because it was the first time that I released out of Ahrpe and moreover on cool projects I respect. I’m kind of hard with myself and what I produce, I don’t have fifty tracks to propose to labels basically. For now I need to think about Ahrpe as well and I will focus on some very nice proposals I had to release my music, we will see which ones my ideas can satisfy.

What are some aspects of 2018 you are most looking forward to?
Well actually I started DJing for the first time in 2017 as it’s something that was not natural to me and I must say that I really enjoyed it, very different than doing live music of course but I had feelings while doing it. It’s a positive experience of previous year ! So yes, I’d like to be able to DJ more and more in 2018 for instance. I’d like also to develop few collaborations I’ve been working on with some interesting musicians. 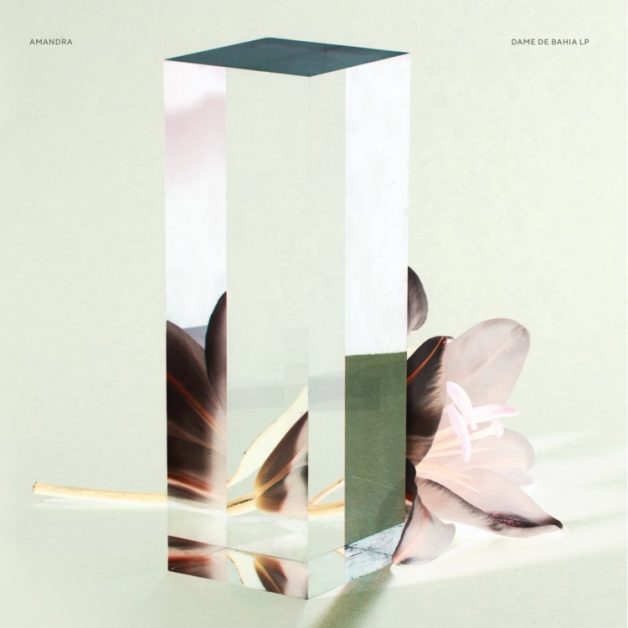