Built on authenticity and seamless integration of Acid, Electro, EBM, Techno and Post Punk in her electrifying DJ sets (still constructed via the physicality of lugging record boxes from country to country), Helena has found herself an event center piece everywhere from Sonar to Dekmantel (where she returns this 5 August).

As a Producer, her machine centered, unapologetically raw work has been heard via Werkdiscs, Handmade Birds, as well as her own Return to Disorder imprint, where the feeling of pushing technology to its breaking point, and continuously carving her own unique space within the electro spectrum, is tangible. This 3 August, Helena Hauff returns to the Production space with her latest album. Coming via Ninja Tune, “Qualm” is a return of sorts to her original MO – machine jams created through a stripped back, minimalistic approach.

Here, we spoke with Helena ahead of the release of “Qualm” to discuss the translation duality of the title, hardware, Ninja Tune and more.

We’re talking here around your forthcoming album “Qualm”. I wanted to start by asking about its title. There is a dual translation there, between English and German. Can you explain how you came to this word for the title and why?
The title was the last thing that came. I had this word in mind for a long time as I really liked the fact it meant something in English and something else in German. I knew I wanted to use it for something but never did. Since there are two tracks on the album that are very similar, one is ambient and one a beat version, I was searching for a title for them. I didn’t want to call them “Part 1” and “Part 2”, for instance. I was looking for one that was the same yet slightly different so I went with “Qualm” and “No Qualms”. Then, when I was searching for an album title, a friend just told me to name it Qualm and I thought it made sense. I really like the meaning of the title and how it is open to interpretation. Everyone can decide what it is for them. Also, if you know me, I do smoke a lot! (laughs)

I feel like the English translation is fairly appropriate and works with your overall aesthetic. It was the smoke connotation which I was wondering at first, is it a reference to a smoke filled club or something along those lines…
To be honest, it is a lot of things for me. I just didn’t want a one dimensional title. I wanted it to mean different things. I guess, since I do smoke a lot, it has this personal connotation. I also like the idea of smoke. It is very interesting as it’s there but you can’t touch it. It has this fragile quality to it but, at the same time, it is brutal and destructive. I like the look of it and the fact it appears and then disappears into nowhere. It all just works with the music. The album sounds like what smoke looks like. The English meaning also works well with the music because it gives this feeling of nausea. The album is quite harsh and rough. You may get the feeling of anxiousness or nausea when listening to it.

On the flip side of the title, what was the album’s original seed? Did you construct it around a theme or aesthetic…?
When I did my last album it was, in comparison, way poppier. Those tracks had more of a traditional song structure. I used more layers and spent more time on each track. When I finished it, I was happy but then asked myself what I wanted to do next. The answer was that I wanted to go back to what I did before.

When I started making music I was really inspired by old Dutch records from The Hague like I-F’s work and Unit Moebius. I always wanted to make something with a similar sound and approach. It is a minimal approach to making music. You have one synth, one drum machine and you create something powerful out of a few elements. Making something big out of almost nothing is a concept I admire a lot. I think it is amazing to be able to do something like that as it’s very easy to do something big with a lot of elements. It is not easy to do with just a few. So, this is what I wanted to go back to as I didn’t feel like I was finished with this approach. Limiting yourself in this way also helps you focus.

What would you say was the single most vital piece of hardware or equipment used in making the album?
My 808. I wanted to say the 303, which was my first synth. I didn’t use it at all on my last album and I thought it was strange as it one of my favorite things ever. Since it wasn’t used on that album, I figured I’d use it loads on this one, but I didn’t end up using it that much here either. I used the 808 on just about every track.

What about the album’s visual representation. What was your approach there?
I just like the photo. It’s one a friend took a few years ago. I saw it for the first time quite recently and really liked it. I immediately thought it could be an album cover. It makes sense because it looks gritty and there’s something smokey going on there too. You can also see it’s analogue so it makes sense with the music. I also kind of like the idea of having my face on the cover because it makes for very classic album art. It makes sense to me to have your face on your album because you make the music. If you use a random photo you have to think about why you are using it a lot instead of just saying, “I like the photo”. Still, for this kind of music, I wouldn’t want a photo that clearly shows me. That wouldn’t suit the music.

Has your academic background in visual art influenced this approach or your approach to music in general?
I don’t think so. Nothing specific anyway. You learn things and they may help you when you look at the world but I can’t think of anything specific that I transfered over to production. I’m really not into art that much and I’m not that into cover art. When I buy records they are tools for me. I use them for work so most of the time I throw the covers away and put the records in plastic sleeves so I can fit them in my bag.

Finally, I wanted to get your impressions on Ninja Tune as they are the label on which “Qualm” will be released. How have your relationship with Ninja Tune evolved since your early days?
I was with Werkdiscs first, which iss a sub label of Ninja Tune. I worked with the people but it was actually Actress and Werkdiscs I was talking to when it came to the creative side of things. They were always totally open and let me do whatever I wanted. For my last EP, I moved to Ninja Tune directly so this will be the second release on the label. In that time nothing has changed at all. They give me all the freedom in the world. 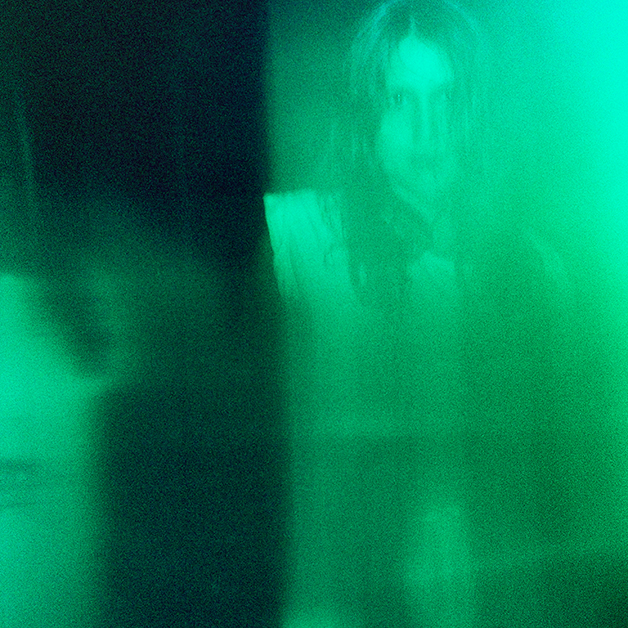