As the fourth release on the Amsterdam-based electronic brand’s recently launched imprint, “Yam” sees the talented live performer deliver a more dancefloor orientated offering with two originals and a special Satori remix included. As part of the DGTL family for years, Satori’s connection with it becomes even more pronounced, diverse, and influential, with another opprtunity to showcase the sound of electronic world music

Here, we caught up with Satori as he travels the world on his own and as part of his Satori & The Band From Space project to discuss the release, DGTL, mindfulness, and more.

“I don’t like tracks without a story behind them.”

I ask every creative person when releasing a new project, what was its seed? For the DGTL release “Yam”, what was the starting point?
It is written for a festival in Mexico actually called YAM, which is organized by a dear friend. He booked me and asked if I would close the main stage, which would be a great honor to do so. Along the way we became friends and, one day, had a chat about the festival and what he wanted to achieve with it. He wanted to get away from the standard festival concept like music, bar, people, and do more with it. Since he was also involved in mindfulness and Shamanic lectures, he looked to create this new festival approach centered around awareness combined with music. It’s something we now see lately more and more but he was an early adopter of this

When I left to go back to Europe, I knew I would close this main stage so I decided to make a soundtrack to the festival. He didn’t ask me to but I did. I asked myself, how would the last track of this soundtrack sound? What would be the perfect anthem for the festival? So, the seed was me in the studio consciously writing a song that would be the last of my set at Yam.

I wanted to discuss the other two tracks on the EP also, what is the story behind ‘Fauna’?
No. It is one of those tracks that wass just a studio jam with no intentions. Before you know it, I hadsomething. In general, I don’t like intention-less tracks. I don’t like tracks without a story behind them as I like to work thematically. When I start making music I always start with a question. It gives more meaning and intention to a track. Sometimes though, there are these studio jams and this was one where a catchy hook came about, which I didn’t want to miss the opportunity to use.

I read that on the EP’s final track ‘Magharibi’, which is actually a Satori remix, the artist (Sahalé) reached out to you personally on Facebook. Why did you feel this particular track was right for you to put your spin on?
Normally, I don’t even listen to stuff sent to me on Facebook. Not that I don’t want to but I just don’t have the time. For this one, I just clicked with it. I don’t really know why. I thought it had a warm vibe and it was catchy. What I did instead of producing the track was put the STEMS in my live set and would use them in live improvisation. After playing them about 10 times, I had developed a pattern I loved to play. I found the right bassline, drum pattern, and composition for it that always worked. After those 10 times, I got ideas as to how to compose it in the studio. That is the interesting story of this track as the composition was essentially written live on stage by me jamming around with the STEMS.

Did you have a direct conversation witht the artist about how you had been using the STEMS and you would be interested in expanding on them?
From time to time he would find videos on Youtube and Instagram that I was using elements of the song. He would send me messages saying he saw me playing them and he would thank me for it. One time, he asked if I had made a remix of the track, which was when I didn’t. I told him I was just jamming with it but I was enjoying it and something was coming together. When I did finish the composition, I sent it to him and he liked it so much he started playing the remix himself. I reached out to DGTL and they loved it as well so it ended up on the release!. When I told Sahalé it would be releaed, he was super happy as it would be a nice bit of exposure on such a big platform.

Can you talk about your relationship with DGTL and how you view them as a complete brand within the industry? The last time, I saw you, you were closing one of the stages at this year’s Amsterdam festival so you obviously have quite a close relationship.
I can speak on DGTL as an artist and as a music lover. As an artist, I am more than honored that they are always supportive of me. A few years ago, when I started this more downtempo, worldy approach, they picked it up. Even though they knew me from my Tech House period they still gave me a chance. At the time, I had about 1500 Facebook followers and this kind of sound was not too intergrated in the music scene, but they still put me on the main stage, after The Drifter and before David August, with my live set. I had basically done 10 gigs wih the live set and it wasn’t even that developed and they still gave me the spot. How much more support can you get! It went well and the next year I was there with my band on the main stage, which was the first time I played with them live also.

As a music lover, I think DGTL is very important for pushing a more intelligent electronic music sound forward. It’s not that they only book the easy names. They are bringing obscure names and pushing the boundaries of electronic music worldwide. What I love about DGTL also is that, as a visitor, you can make a time plan for yourself and every hour you can hear something next level in every style. It’s so diverse.

As an artist who travels all around, I can say 100% that DGTL is one of the best run festivals in the world. In terms of quality, artist handling, stage production, sound, lighting, bookings, everything! There’s nothing but love there for DGTL as both an artist and fan.

How about the creative environment working with DGTL as a label and around this release? What was that process like?
They invited me into the office one dat and told me how they wanted to set a label up to be more active in releasing music. They asked me if I would do an EP. I don’t really like EPs as I like telling full stories as longform albums. With EPs, they always need to be tracks that DJs can play in their sets. There are guys that do that better than me so I didn’t really want to contribute to that world given my thoughts that an album is much more honest.

On the other hand, making an album for DGTL wouldn’t really make sense as they are a Dance Music platform. We would brainstorm a bit and then they opened my eyes because they pointed out how my live set is more energetic, clubby and deep; how there are grooves there. They pointed out that the EP could highlight that side of my artist profile. I thought about it and really like the appraoch. I realized there was so much in my live set that would never see the light of day because I never wanted to release the tracks in that way. After a few days, I thought about, and I figured we should just do it! So, with this EP that is what I want to show…that I can bring energy to a club environment

…and where does the Band from Space fit into your artist profile? How does that live act differ from your live set as Satori?
What I also like to do is give concerts. In the club environment, for me, I am not DJing but I am really not giving a concert either. If you have musicians on stage with real instruments in their hands, people connect with the music in a different way. It’s weird how mother nature has decided that the piano player will get more recognizition than, say, Acid Pauli behind a laptop even though I consider him to be a complete genius. Even though I make electronic music, there is a huge instumental approach to it. I figured we should bring these instruments on stage while also operating on a different dimension that is not only about the club but also about stillness and focus. After two years I think I have found a good balance of musicians and music to put on some really nice shows.

Through the next few months, are there any perfromance you are particularly looking forward to?
With the band we will play on the rooftop of the Pompidou Museum in Paris. No one has ever done a music event there. I had a conversation with their people, who told me they want to go more into music performances but not too far into the DJ world as they felt it could bring too much of a druggy connotation and crowd. As it is one of the most prestigous museums in the world that wouldn’t work plus, they were looking for some more innovative approaches. One of the people on their team was a fan of what I was doing already so they gave me the chance. The view up there is epic! You see everything from the Eiffel Tower to Notre Dame.

With all these activities, tours and releases, and the rigours of it all. What is your approach to maintaing mindfulness?
I do a lot of working out. I don’t take drugs and barely drink. It keeps me fresh. I also do my best to keep a lighter flight schedule so I can get 7 hours of sleep a night.

Also, a full focus on the music helps…not being concerned with afterparties and hanging around. When I play, after my set, I leave.

The other thing I do is a bit of a ritual. Everytime I fly out of a country I sit at the window seat and look out on the place I have just been. When I do this I say a little prayer and thank the city for having me and giving me the opprotunity to expose my music for it. If I don’t do this, before you know it, it all just becomes work and I could forget how privileged I am to be able to do it! 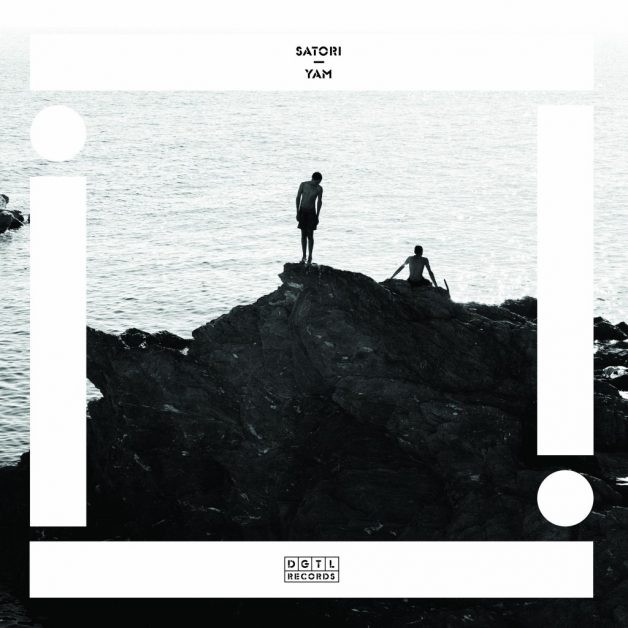