A creator or intelligent, sensual and original deep house, St Germain has been seminal in putting emotional French electronic music on the International radar for early two decades.

From his renowned 1995 debut album, “Boulevard” to its follow up, the multi-platinum, award-winning, “Tourist”, all the way through his self titled, Africa-rhythm inspired third album, St Germain has always been known for his uncanny ability to subtly blend machines and instruments, authentic roots and modern influences.

On Wednesday, 8 August, St. Germain will bring his acclaimed live performance to Portugal’s Neopop Electronic Music Festival where he opens festivities up alongside the likes of Ivan Smagghe, Mr. Herbert Quain, Rui Vargas, and more. Across the festival’s 4 days, acts like Adriatique, Recondite, Trikk, Mozhgan, Doppelereffeckt, and many more will also take to the stage. Here, with anticipation building for Wednesday, we caught up with St Germain to discuss the legacy, influence and future of Afro inspired electronic music, his soul-stirring live performance, and more.

I suppose the natural place to start is, your last album was released in 2015…do you have plans to record and release a new long player any time soon?
I’m going back to my home studio as soon as I’m done touring. I’ve got few ideas, hope to release a new album next year…

Since your self titled last album, with its Afro-centric focus, the genre of “Afro House” has really seemed to blossom into Europe and beyond. Currently, are there any Afro-centric electronic music artists you feel wider audiences should know about?
Maybe they could listen to Blaq Oil, Black Motion, Boddhi Satva, and Toshi – South African singer

In fact, a term used is some of your bios recently is “Afro deep house”. Can you define this?
It’s the blending of keyboards sounds of Deep House from Detroit, Chicago and New York, and the sense of rhythm of the African continent.

What was it about this style of music drew you in for your last album? What places were you visiting while putting the release together?
I feel the Malian Music is the closest music to “Blues”. Blues is my favorite music, The Malian musicians were easier to find in Paris. I really wanted some more traditional sounds, and these musicians happen to play traditional instruments. The vocals were recorded in Bamako the capital city. Unfortunately, I didn’t get a chance to go to Mali. I worked from my home studio.

Aside from South Africa, what other locations on the continent do you see a thriving contemporary musical scene?
I don’t really know other contemporary musical scenes in Africa. I did remixes for the Diva Oumou Sangaré – ‘Fadjamou’ and for Kandiafa – ‘Nyoton’, both from Mali. Also for my last show in Paris, I invited Oumou Sangaré to perform as a guest, who sings ‘So Flute’ in her own way… African musicians are really open to electronic music

We are also speaking here around your upcoming performance at Portugal’s Neopop Festival. This will be part of a wider summer tour, which sees you perform at events of all descriptions. Firstly, can you give us a bit of insight as to your touring setup?
There are 6 of us on stage, playing instruments such as N’Goni, Guitar, Keyboards, Flute + Saxophone and Drums + Percussions

My role is between that of a composer and conductor, helping the musicians adapt to an electronic framework, playing of course songs from the “Tourist” album like ‘Rose Rouge’, ‘So Flute’, ‘Sure Thing’ and some more from the new album. The mixing, with different instrumentation, sounds really amazing.

Do you see your live performances as being political these days? Meaning, are you actively inserting elements of social and political consciousness outside of the music itself?
My favorite saying, “Peace and Unity”!

Have you been to Neopop’s coastal location of Viana do Castelo? Can you think of some of the most exotic locations that you have performed in?
My desire was to spend 2 days at Nazzare after the show in Neopop. I was actually into competitive sport when I was 15 years old, especially windsurfing…I had planned on becoming a professional athlete, though an accident preventing me from pursuing this career and doing sport again.

Beside all the fantastic countries I discovered on tour, I think Perth in Australia is the most beautiful end of the earth to me. Also Coachella Festival in Palm Springs, great moments !

Secondly, do you prepare and deliver your live performance different when playing an electronic music focused event like Neopop over, say, a jazz focused event like Ottawa Jazz Festival?
Not at all. It’s the same show. I think it’s nice to bring Jazz audiences to electronic music and vice versa. We played a lot Jazz Festivals throughout the world with “Tourist” on Blue Note. This new album brought me to discover World Music festivals, like Womad, for instance.

Also, this summer you will be doing a handful of dates alongside Bonobo. Can you explain a bit about how this relationship formed? How do you see Bonobo as a person and an artist within electronic, and the wider musical spectrum overall?
We actually had to cancel these shows due to a medical issue. Doctors advised not to travel at all so I didn’t have the oportunity to say hello to Bonobo. I do know and like his productions though.

Speaking of touring, after 20+ years, how do you maintain mindfulness on the road? Do you have any processes or protocols you follow in order to keep yourself grounded during the rigors of touring?
The most difficult tour was Tourist on Tour, during which we performed around 280 shows within two and a half years, with 14 persons on the road. As I’m a perfectionist, I’m not afraid of work, I do my best not to repeat the same with the musicians at each gig and I always try to challenge myself personally 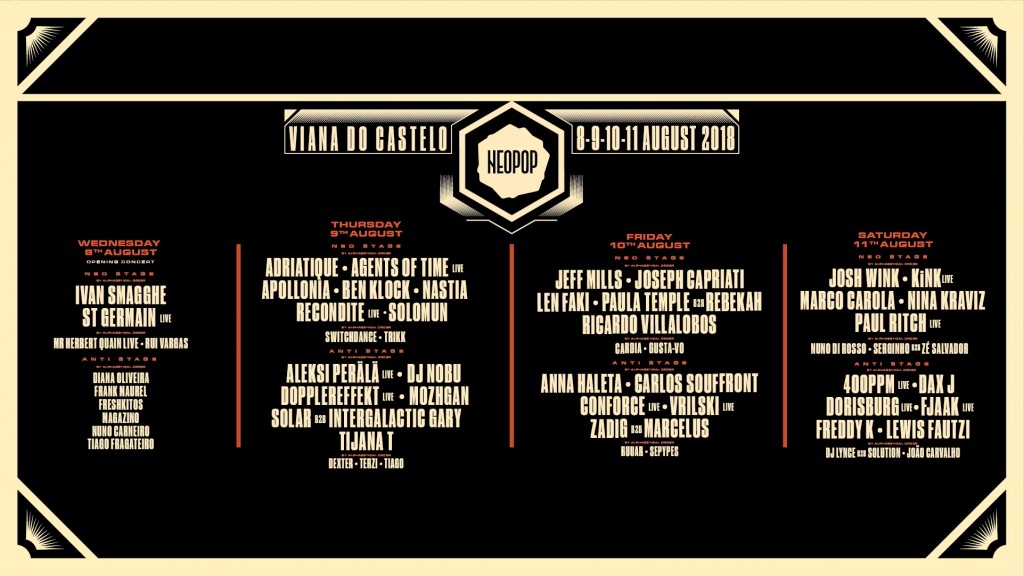