Continuing to champion the rogue sensibility that united Swayzak over 20 years ago, David Brown presents a retrospective of works from the past 20 years – ‘Lost Tapes’.

Formed in 1993, Swayzak immediately dedicated themselves to pursuing innovative music, guided by their passion for the times’ DIY spirit. This approach informed the (then) duo’s position as live performers and DJs, and remains a core tenet of the project since the duo split in 2011. By that point, Swayzak built a discography with releases on labels like Fabric, M_Nus, Curle Recordings, Ellum Audio and !K7. With that, ‘Lost Tapes’ spans a range of genres, including dub, acid, deep house and minimal.

Now, David Brown speaks with us on the current Swayzak status with the release of ‘Lost Tapes’, as well as the entire Swayzak back catalogue digitally.

“Music production is always one gig away from the street.”

At what point in your respective careers did the idea to release a retrospective work appear?
About 3 years ago I started digging into DATS and finding mixes that were discarded at the time. It made me think and I wanted to put all the works up in one place as they were on several different labels. I waited for some years to get rights back from !k7 now I own 90% of the catalog. The remaining 10% is debatable who owns it but I’m up against SONY and cannot pay a lawyer.

When you were first thinking of presenting a project that encompassed your many years in the industry, did it always have the form of ‘Lost Tapes’? Or, were there other ways you thought about presenting this idea?
I suppose it was to open up the box of tapes literally and find forgotten works and mixes. I didn’t really know how to present, but I saw CAN lost tapes box set and thought I wanna do that in my own way.

Describe the curation process behind “Lost Tapes”?
I went thru DATS, CDs and HDs, cassettes and started choosing the tracks and mixes about three years ago I wanted the sonically better tracks that were rarer to find for people if they were only on vinyl in the past. Some I did not find proper 24 bit versions and they were only on HD that got lost in time. I record everything to tape now.

‘Lost Tapes’ also features a new single, ‘Sunshine’ featuring Richard Davis. Can you talk a bit about the collaboration on this track? Also, how does this track represent Swayzak at the current moment?
It doesn’t really. It was made in 2012 but never releases we had plans back then but they never materialised. I felt it was a strong track with dystopian lyrics that fits the here and now.

If I asked you now, what would be a seminal piece of equipment in your studio, what would you say? If I asked the same question 20 years ago…?
It’s changed a lot. Mostly, back in the day, Akai s950 or MPC 2000xl or 909. Now, it’s nothing fancy. Probably Ableton live thats my main tool in the studio now, though I use lot’s of outboard gear around it, but the sequencer runs it all.

My go to synth is a Roland JV1080, I’m slowly rebuilding my studio on a budget. Ableton works well for me. I’ve been using it since 2001, but the latest update sounds great. To me I would like to spend more on outboard gear but my funds are limited it’s a real battle to keep what I have. People presume you are wealthy so they can justify ripping your music.

‘Lost Tapes’ also features several remixes from the likes of Apparat and Mathew Jonson. How did the selection process for the remix talent look for this project?
I’ve always been a fan of Mat Jonson. Let’s face it, who isn’t. I’ve known Mat a long time! Apparat was labels idea. I felt both the remixes were superb works worth another listen for those who may have missed 10/ 15 years ago.

What are your professional plans as Swayzak in the coming year?
Keep my sanity, try to work more and keep off the streets. Life is hard out there. Music production is always one gig away from the street.

New album is on its way and I think its sounding rather good, elements of House, Techno harking back to the 90s without being 90s. I like the old “electronica” albums like Black Dog or Move D. This is a term that went missing I’m trying to bring it back…sort of early warp/mute records is my inspiration. 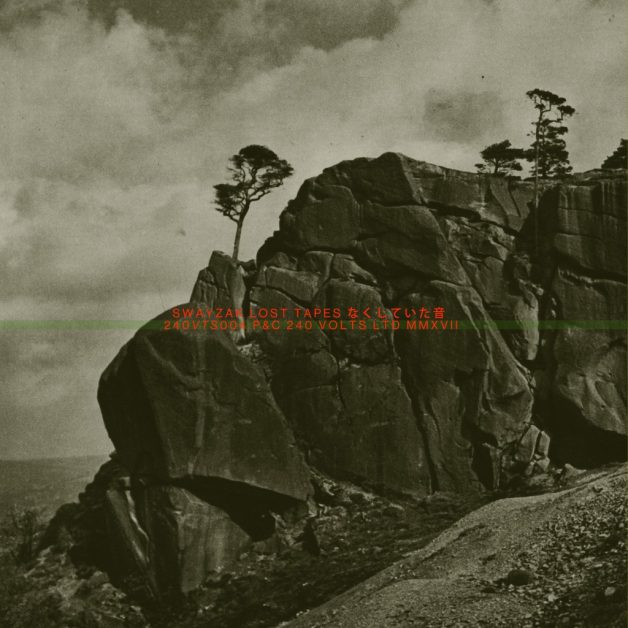