It is the dream of every individual, when friends turn into colleagues, and tough lengthened working days turn into enjoyable creative sessions.

Entirely keeping with this motto, Keinemusik came to life in 2009. It’s been named for an existing friendship and linked interests of six members – five DJs and one graphic designer and painter. Five releases per year have been put out ever since, solely laid down by members of the crew.

This past Sunday, Keinemusik brought their album celebrations of ELSE Berlin where Keinemusik You Are Safe Open Air danced it off with well-chosen tunes from the team. Now, with the event fresh in our minds, let’s do some straight talking and find out more about the renowned label Keinemusik. Welcome to the party, brothers, and sisters.

“If there’s a credo, it would be: you don’t necessarily need to be overly serious to be taken seriously”

What does Keinemusik add to the dance music spectrum?
More music you can dance to. But seriously, it’s difficult to answer that as the music fans out there probably could give a more accurate answer. We feel we’re a bit more musically maybe in terms of our approach when it comes to making music. Our first album, “You Are Safe”, which came out last year, sort of showcases music and sounds we’re into, quite a lot actually.

When did you first think about launching Keinemusik
All of us were working on music before we started the label and wanted to have an outlet for our own music. Rampa and &ME where the ones that decided to start a proper label and that motivated the others even more. It all went pretty fast in the end from thinking about to the actual start, probably only a couple of weeks.

When did Keinemusik actually launch?
We started back in 2009. Crazy how time flies! Next year Keinemusik will be celebrating its 10th anniversary and we don’t want to give away all the fun already, but there will be new music and selected club dates as well, plus some more really good stuff, stay tuned.

How many people work for you? And what kind of professional activity does one take over?
There are four artists. Rampa, &ME, Adam Port and Reznik. Reznik is also working as a journalist. Monja and Piotr are in charge of the graphic design, taking care of artwork for releases, events, homepage stuff etc. Our label manager, Daniel Rérat is handling the day to day business and planning releases, manufacturing, overseeing PR and more fun stuff. And with our booking agent, we just launched our own little booking agency, Worldwide Dancing Club. 🙂

Story behind the Keinemusik name?
There was a time when some of us were producing at home at the place of our parents when one of our Mums opened the door and said „das ist doch keine Musik“, which could be translated with ‚but this is no music‘. Maybe a bit similar to the story of Daft Punk and how they came up with the name, instead of in our case it wasn’t a journalist but one of our Mums.

What was the most difficult aspect of launching the label?
Some of us have already been a little bit involved in some label work before we’ve started with Keinemusik. Obviously, we only knew some of the very basics, so it was a bit of a trial and error in a way, too.

Looking back, one of the most difficult parts was to convince record stores to buy our records. At some point we’ve been invited to a panel at Amsterdam Dance Event to speak about our small label and our DIY approach, we were quite surprised to see the room was jam-packed and people had any interest in what we were doing (and how) back then. 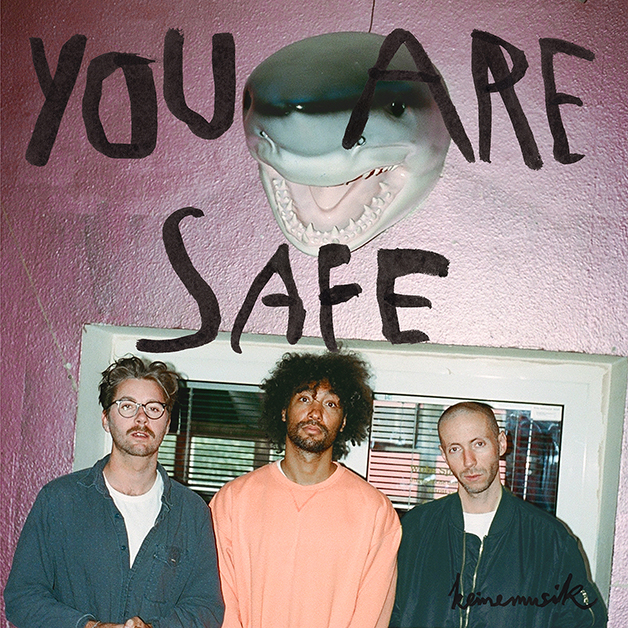 What qualities do you look for in a Keinemusik artist?
Keinemusik is more a collective or crew, so to say, and not a label label, if this makes sense? It’s really only us releasing on the label. Which is great in a way, as we can focus and don’t have to spend time signing any new artists, also we only release a handful of EPs over the year, which is great as the four of us have more time for actually make our own music and the whole recording process as well. Every now and then we try to play new, yet unfinished tracks at the studio and exchange ideas. Rampa needed 23 versions of the Honey Dijon remix that came out a short while ago, so feedback every now and then can be really a good thing.

Describe 3 seminal moments in Keinemusik existence?
– When we put the first vinyl EP on the market.
– When people actually bought it and made it the most sold vinyl since we started.
– When we toured outside of Germany/Europe for the first time and people already know about the stuff we do.

The most disappointing moment in Keinemusik existence?
The closing of Stattbad was definitely one of the more disappointing moments so far. Not only that it was our home for several years but furthermore that one of the greatest clubs in Berlin had to close. One day the main door had a lock and not much after the city of Berlin literally teared down the whole building.

Describe Keinemusik album artwork?
The album cover was a coincidence like many things. We just wanted to have some pictures to go along with the album promo but the shark head stuck to us so it was kind of the theme that we used for album related stuff.

Best Keinemusik showcase?
Too many too mention 😉 We once did a bus tour in a minivan, like a real rock n roll band. Us 4, a driver and a photographer traveling through Germany and playing every night. That was one never ending Keinemusik Showcase. This year we had some great ones, one that will always stick with us is Montreal where at one point a guy in a wheelchair started crowd surfing and then did a proper work out routine on his wheelchair. I bet you’ve seen the video somewhere.

Worst Keinemusik showcase?
Luckily everything went well so far. But we’re still a bit heartbroken that after months and months of searching a venue in Barcelona for Off-Sonar and actually finding an old monastery​, they pulled their OK and we had no party during Sonar in years. Took us quite some work and effort to find this unique location. But finger’s crossed, maybe something works out when we’ll be celebrating the 10th Keinemusik birthday in 2019. 🙂

Most important business/music app/program/software?
Ableton for sure. Wasn’t a big fan in the beginning but now every one​ of us is using it.

Upcoming projects?
Next year we turn 10 so we already planning the anniversary tour with stops at our favorite places around the globe.

What Does your Christmas party look like?
Super chilled sitting around a big table with the whole crew and family. Too much going on the rest of the year so we keep it mellow for the Keinemusik Xmas​ dinners. Monja, our beloved graphic designer, might even throw in a special Keinemusik Christmas Radio Mix.