Ever since his teens, New Jersey native Kerri Chandler has been making and playing music with a unique sense of soul, jazz and undeniable sense of DEEP.

From releaseing on majors like Atlantic, King Street Sounds and Nervous via his own Madhouse label, his work is never short of a genre-defining classic. Kerri’s dynamic, keyboard-infused DJ sets are consistently showcased at the world’s best clubs and festivals, as well as being a frequent visitor, and fan of, many Amsterdam based organizations.

On 20 October, Kerri Chandler dropped his edition to the famed DJ-KICKS mix series, structuring it as a musical stroll through his hometown of New York City. Here, we discuss the mix with Kerri, as well as its hometown inspirations.

” I’m older now and I’ve had a chance to experience some things that I thought would really fit.”

How did the relationship with DJ – KICKS for for you?
I’ve known K7 for years. I had a friend who worked there doing promotion so I used to go to the office a lot. This mix has been a long time coming. It’s been an idea that has been kicking around and I just needed the time to actually do it. I’m glad it happened the way it did. I’m older now and I’ve had a chance to experience some things that I thought would really fit. The label really let me do what I wanted to do from the beginning. I sent over 150 records, each very eclectic, to go through the licensing process, which tends to be the hardest part. It was a rollercoaster ride.

I was going to ask what the most difficult part of getting this done was. Would you say it was the licensing process then?
You wouldn’t believe it! It’s like pulling teeth! Sometimes you think you will easily get the record approved and it isn’t. Other times you anticipate a difficult time and the people are actually quite generous. Thank god I’m not actually the one licensing them. It may throw me off from some of these songs I actually like.

How did this affect your vision constructing this mix from when you first sat down with K7 until it’s final product?
Not at all. Most of the tracks I sent they thought were great and were excited about. I did have to send back substitutes for the tracks we couldn’t license. The hardest part was not make sure I wasn’t sending back the same tracks. I had an Excel spreadsheet going to remind me the status of each.

You mentioned there were some tracks you anticipated being hard to license but ended up being approved. Are you willing to mention which ones they are?
One of them was T La Rock – It’s Your’s. The other was James Mason – Sweet Power.

From a creative point of view, you would consider the relationship between you and K7 to be pretty free?
Absolutely! They supported everything I showed them. If I wanted to go the House route I could, or I could do it just the way I did. I’m always doing House mixes so, with this, I really wanted to have fun. This is where my head is at and also my musical background.

The mix is described as a walk through New York City, traveling through each borough. How did you apply this approach to creating the mix?
I’ve lived in many of the neighbourhoods and New Jersey so they are all very close. They all influenced who I am. Each one of the songs represents something from my past, whether going through a neighbourhood or learning something that stayed with me. I wanted to create this feeling where you just got off the bus and we go for a tour around the city. It’s no different from your friend calling and saying they want to see the Statue of Liberty and a Broadway show. This is a tour of a typical night out in New York. We start early and cool out with some breakfast; we go out to the street and see the hip hop dancers; we go to SoHo to check out the artistic part of the city; then head uptown and have some lunch, and then just keep going.

How much time are you spending playing in New York these days?
Every 3 or 4 months I come back home. Last time I was here I played a Festival, but I’ve recently been to Schimanski and Output as well. All these clubs are now in Brooklyn, and the festival was in Queens.

Do you see New York City as still having a healthy underground scene?
Yes. When I went it was ridiculous. I got to play the whole night and both the clubs, and they were both full. It it like coming home to me. I get to see all my friends and people from all over the world come out and I can introduce them to how we do things in New York. It’s really nice!

Back to DJ-KICKS, being such a prolific series, do you have any favorite editions?
I really liked Moodymann’s and Motor City Drum Ensemble’s.

I wanted wrap up by asking about your impressions on Amsterdam. I see you here quite often…
I love it! I’ve been coming since the 90s and it’s been one of those places that felt good right away. It feels like New York in a way. There are many place that just look like Brooklyn and Harlem.

Are there any non-nightlife places in Amsterdam you like to visit when you are here?
As a tourist, there are two things that are cool. I love the Amsterdam Dungeon. I love the actors and the whole atmosphere of it. The other thing I love to do it hang out with my friends and eat pancakes! Even taking the bike out is very nice. 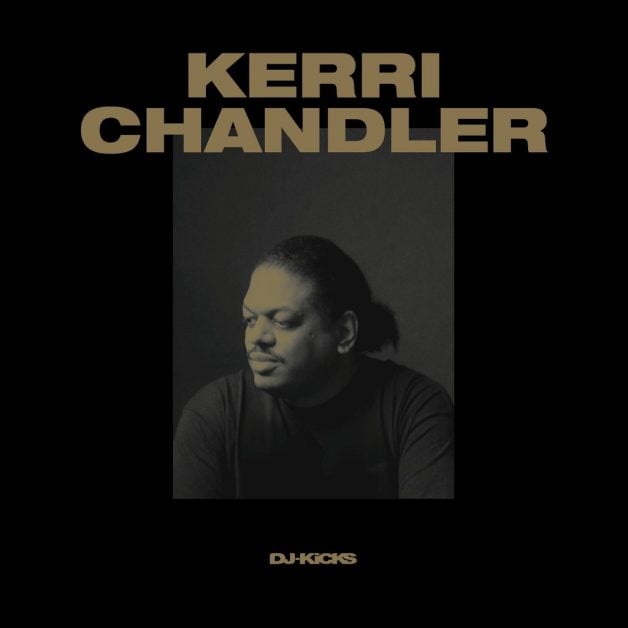