“Techno has been there for ages; it’s not a hipster sound. Techno is here to stay”

Bart Skils has been in the game for almost 20 years now, and is considered one of the Netherlands’ most revered and respected techno DJ’s. But instead of getting stuck in old routines, he has constantly been pushing forward, bringing new sounds and fresh ideas to any stage he takes. Apart from his work as a producer, Bart’s passion for electronic music has done a lot for the Dutch techno scene. His famous lovechild Voltt loves Summer is closing in on its tenth birthday and has well earned its status as one of Amsterdam’s finest events. Skils will be rocking a primetime set during this week’s Wonderland festival, so we decided it was the perfect time to sit down with the man for a good talk and see how he’s preparing for the gig.

Hi Bart. I remember when I just started going out in Amsterdam, your name was basically on every major event poster throughout the city. Obviously you have witnessed Amsterdam’s night life culture change first hand over the years. How do you feel about the way the city has changed over the course of your career?
The scene in Amsterdam has grown a lot over the years from being a musical subculture to one of the main music cultures. There is a very good spread out scene with many good events, producers and artists. So in that way the city can be really proud and its gets stronger every year.

Clubs and events usually have a short life span. Be it a temporary club (Club 11, Trouw) or simply a failure to last, it seems Dutch party-goers get bored quite easily. Why do you think you have been able to bind a loyal fanbase to your creation Voltt, which has been successfully up and running since 1998?
Music had always been our main focus. When I started working in a record store in the 90’s there were many artists we never saw performing in Amsterdam so I started to organize events to invite them. Guys like Villalobos, Luciano, Mathew Dear and Ben Sims all made their debut in Amsterdam here. Our policy hasn’t changed much over the years, I’m constantly searching for new music and follow my heart with programming. In that way trends are less important because it’s all for the love of music. 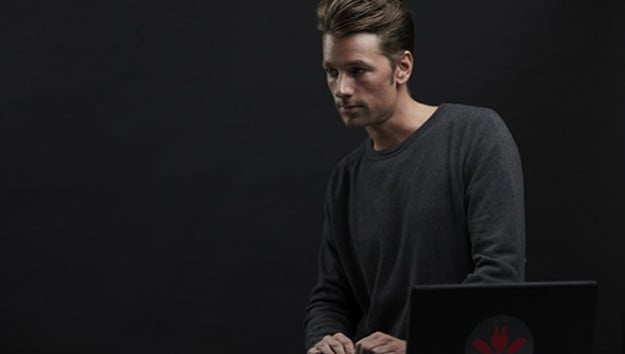 I just had a chat with a mutual friend of ours (Joey Finch) and asked him if he has a question for you. He told me: “Please ask him to change his name. I mean, really, Skils? What is he compensating for?” Any thoughts on this?
Haha, well my real name is Bart Schils and when I started dj-ing I thought it sounded to German so that’s why..

Wonderland festival is prepping up for its second edition Saturday, with an all-star line-up in various styles ranging from disco to techno. Who will you be checking out for sure over there?
I will check out and spend some time with the guys I know personally, Gary Beck, William Kouam Djoko and the Beesmunt crew. Should be a good night!

How about your own set, what can we expect from your primetime gig?
It will be the Drumcode sound, so deep dark, rolling and driving.