“I’m really looking forward to the take over. We will do a big dinner before we begin, together with both close friends and artists. Let’s make the final edition a memorable one – with loads of vodka probably!”

The Portugal-born Nuno Dos Santos has a cheeky charm about him that is difficult to escape, working particularly well when taking control of the decks. Whether it’s running his own label “Something Happening Somewhere,” producing music, or DJing, you can feel that Nuno is utterly in love with what he does.

This love translates into an almost obsessive curiosity for fresh music. Where most DJs limit themselves to one style and stick with it, Nuno blends different genres and creates a unique style of his own. This brought him residency at the now gone, but still legendary Club 11, where he had a huge impact on the club’s direction and legacy as a result of booking guests like Modeselektor, Isolee and Lawrence for the first time.

His experience of working with the best have served him well and now feed back into his role as label owner at SoHaSo. “The name itself leaves a lot open for your own imagination,” says Nuno himself. “I want to release musical material from befriended producers, new talent and my own work on Something Happening Somewhere.” SoHaSo now holds regular label nights at Trouw and is just another one of the ways in which Nuno Dos Santos is making other people as passionate about music as he is himself.

Unfortunately as we all know all good things come to an end. In our case this is the legendary home of art and music, artists and ravers, lost and found souls – Trouw. As the club is closing its doors forever, this week we are going to celebrate the last edition of Nuno’s label night SoHaSo. Here is an interview with the big man himself, where we talk about the event on Friday, his past, memories of Trouw and much more.

You are well-known for being a resident of one of the best clubs – Trouw and an owner of the SoHaSo label, but can you tell us a bit more about your background?
I had my own graphic company for a really long time. Seven years ago I decided to focus full on music and I’m still really happy I’m able to. Since then I have been a resident at Club 11, produced an album together with TJ Kong on Compost, and got the chance to play at great places, among favourite artists and more abroad. Still feels like everything is just getting started, so many great things coming up. 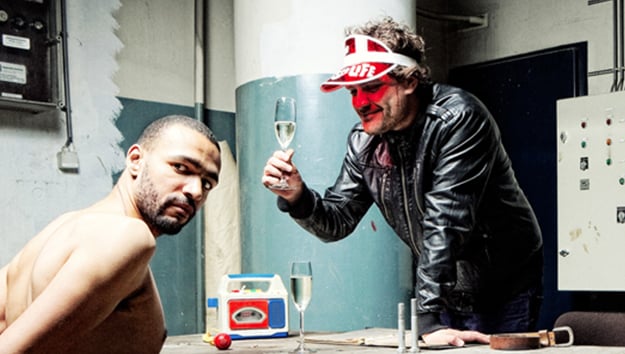 Something Happening Somewhere or SoHaSo is going to have its last edition this Friday. Can you share some memories and experiences from previous label nights you have hosted at Trouw?
I have had so many great memories at Trouw during all the nights I got to organize there. Back in 2011 when it opened its doors, Patrice Bäumel and I brought along our 360 nights (formerly held at Club11 and later changed into a new concept: HiFi). These nights were so much fun. We brought electronic/indie artists like The Field and Electro Guzzi for the first time to Amsterdam.

Later on I launched my own concept SWTBOX, where Aril Brikha and I did our first b2b live/dj session. We played all night long before a sold-out Trouw, truly magical.

I’ve been doing SoHaSo nights for a year now and two editions that have really stuck with me are the ones with Minilogue and Etapp Kyle. The edition with Minilogue was amazing; they did a jam session of nearly five hours where instead of building up the pace they slowed it down to 110 bpm and closed the night with some mesmerizing ambient. Also Etapp Kyle did an incredible hypnotic techno set during our September edition. I have to say that every edition has been special as I always invite artists that I feel really connected with.

For this final edition you are taking over the entire Trouw, with a serious line up – both in the main room and De Verdieping. How did you decide which artists to invite for this special night?
Like I mentioned before, I had great memories from the b2b I did with Aril in the past. Also I see Aril often when touring abroad and consider him a good friend. Sebastian Mullaert I invited due to past experience(s) I had with Minilogue, plus I’m a big fan of his solo productions. The combination with Ulf Erikkson is quite new and I heard it’s going to be very special. Niels Schilder is part of the Paradigm crew with whom I have a good connection. He will also be on the label soon, so keep an eye out. Presk was responsible for the 3rd release on SoHaSo (Babou EP) and I’ve seen him play live once before (he does it pretty exclusively) during our SoHaSo hosting at Todays Art last year, killer live-set.

Tsepo is one of my label-night residents as I really appreciate him as an artist. And last but not least Arnout Hulskamp, who is a regular VJ during my nights. I’m a big fan of his work.

What do you expect from the last edition of SoHaSo in Trouw?
I’m really looking forward to the take over. We will do a big dinner before we begin, together with both close friends and artists. Let’s make the final edition a memorable one (with loads of vodka probably!).

Have you prepared some special surprises, musical or other?
I think the setting and line-up is pretty unique itself. For most of the artists it’s the last time they play Trouw so I think all of them will really push themselves to make it special.

You started the label two years ago. Are you happy with where you stand now two years later? Did you meet your expectations or exceeded them?
I started the label one and a half years ago actually, but the idea was in my mind for a long time already. I don’t feel the need to haste things; I trust my inner feeling and really take decisions from there. The feedback I got on the label and its releases has been really overwhelming. I feel blessed to be surrounded and supported by so many colleagues and artists. This gives me more power to stay focussed. I still have a lot of new ideas I’d like to develop. Besides the releases I’m really happy with the SoHaSo events we are doing. I’m just as excited about our Tivoli and Paradigm events as the ones in Trouw really.

What is coming up on the label? Any hot new artists that we should keep our eyes on?
We are doing a compilation with a vinyl sampler at the beginning of next year. I’m currently finalizing the selection of tracks, which includes one of my own tracks as well. Love over Entropy will follow with a new EP and I have an exclusive scoop here: the next EP will be by artist Kurt Baggely and will come out in the beginning of February! 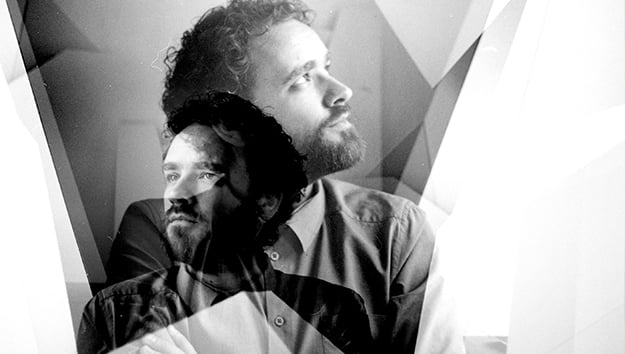 And now the inevitable question: How do you feel about the end of Trouw?
It’s similar to the feeling I had when Club 11 closed its doors. Of course I feel emotional, it has been the place where I got the chance to really evolve myself as an artist (Thank you Olaf!!) and be part of so many great things. Together with the whole crew we have grown as a family and the connection and memories with those people, artists and everyone who was a regular at the club will always stay. At the end of the year, I’m going to release a tribute track to Trouw on a special vinyl together with other residents of the club. You can pre-order it on the Trouw website.

What is the one thing that you will remember Trouw for?
The family feeling, the open-minded crew and visitors, the building and the restaurant.

Is there another club somewhere in the world that gives you a similar feeling of coming home when you go there?
I recently played at Mixed Munich Arts, I have a great connection with Munich and the crew, people and location, with all the concrete. It really reminds me of Trouw.

Which venue or organization will be a worthy successor to Trouw after the club has closed its doors?
There are so many cool new locations and initiatives popping out of the ground, I think I’m just as curious as you are!