“I started with techno music from labels like Tresor, Kanzleramt, Müller. I think it was a little rebellious, because a lot of the kids listened to some more pop music and I wanted to be different. Now I think how stupid it actually is, the attitude that my taste is the best, but back then it was cool.”

Patrick Müller aka Patlac is a DJ/Producer from Hamburg. Originally from a small village in North Germany, he now resides in the country’s second biggest city, known for its harbour, St. Pauli district and of course quality deep house music. Although he has tight connections to the crew of home town imprint Diynamic, he is working his way to the top choosing his own path, with productions on smaller labels like Soulfooled, Endless and Liebe Detail.

Still, his work hasn’t gone unnoticed, resulting in a full agenda. Weekends are stuffed with global performances at Watergate, Villa Nova, the BPM Festival, Off Sonar, Dubai and New York, whereas weekdays are reserved for working on a steady stream of productions. After meeting him in January at the Innervisions party in Playa del Carmen, we sat down for an interview, discussing his trip to Mexico, his musical interests and his role models.

Hi Patrick, nice to talk to you again. We’ve met under great conditions at the BPM Festival a while back. Could you share some of your adventures in Mexico?
Well, it was my first time at the BPM Festival and even my first time in Mexico. I played two gigs there, one for Akbal Music and one for Endless. I traveled with my girlfriend and we decided to do a mixture of partying and holiday. We were a couple of days in Playa del Carmen and Tulum, visited some nice places, laid on the beach; it was a great time! I mean, as a German in January in the sun on the beach…?!?

Also it was great to see friends and meet some people, whom I only knew online before, like you guys! About the BPM festival I can say that it’s a super professional festival, with a good organization, great sound systems and for sure amazing artists and guests from all around the world. 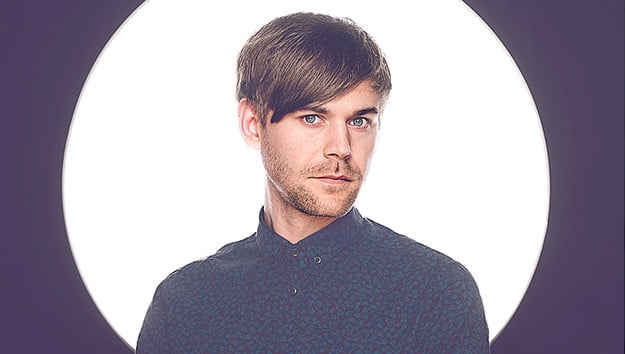 Let’s go back in time, how did you get in touch with dance music and when did you decide to become a DJ?
I grew up in a small village between Hamburg and Hanover. There was no night club or dance music scene, so my first contact with dance music was through the radio. Through this I developed an interest for more. I absorbed everything I could get a hold on. Berlin house, from May Day or the Love Parade which were broadcasted on German television. I was absolutely thrilled and wanted to do the same, but it took a long time to learn it. A good friend taught me the beat-mixing skills and from that point on I knew “this is it, this is what I want to do”. Not professionally immediately, this was far away, but I wanted to mix music!

Who are your role models?
I started with techno music from labels like Tresor, Kanzleramt, Müller. I think it was a little rebellious, because a lot of the kids listened to some more pop music and I wanted to be different. Now I think how stupid it actually is, the attitude that my taste is the best, but back then it was cool. Later I got more into house music with DJ’s like Steve Bug or Clé. Today it’s really hard to say who’s my favourite. I can say I like DJ’s who play varied and interesting sets. And I like emotions.

You and colleague Matthias Meyer have been friends since childhood. How did you influence each other musically?
That’s hard to say if we have! The funny thing is that our musical interest is really often the same without talking about it. We have so many situations like, when we play a back2back set and either Matthias or I shows a new track that one of us found and the other one says “oh, I also purchased that one today“. Also in the productions we do together. we don’t have to fight about sounds or melodies, it just fits!

You still work and play together regularly. What do you admire most about him?
As I said before, we’ve known each other really long and our musical interest fits perfectly together. I never have the feeling I lost myself or he has to adjust me. And in the production way, he is the ‘sound nerd’ who can think hours and hours about the right kick drum. I can’t do that, but in the end he’s never wrong, so I can rely on him.