He is often referred to as the techno champion of The Netherlands, who has steadily carried the underground scene for thirty years now and actually introduced Detroit techno into the Dutch scene. He is admired not just by his fans, but by a range of famed colleagues like Richie Hawtin, Josh Wink, Ben Klock, Dettmann and Karotte to name but a few. To celebrate the landmark of being in the game for over a quarter of a century, which obviously sounds slightly uncomfortable to him, and his birthday this week there will be a special edition of his club night KIS at Studio 80 on Saturday.

Next to his efforts and aspirations under his best-known techno moniker Sterac, he also dwells among a wide variety of other genres under his own name. At this summer’s Fusion festival in Germany, I was treated to a side of Steve that I hadn’t heard before. His three-hour set there was marked by more slow-paced grooves, edits of old classics by the likes Giorgio Moroder and even dutch pop band Doe Maar – which lead to a frenzy under the many Dutch that were present in the crowd during the set. 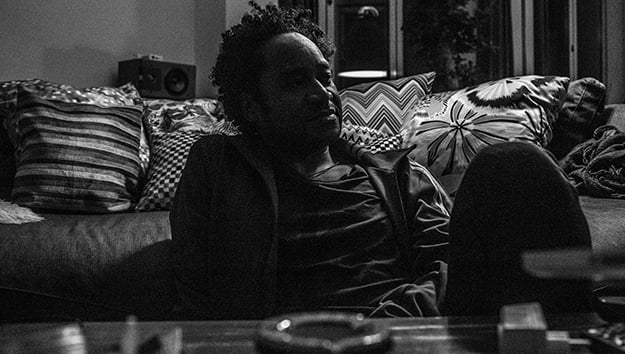 With thirty years under his belt and such a distinctive and divergent musical career, I was a bit worried when preparing for the interview I had planned with him. Where would I start? At his first album that introduced him both in Holland and internationally? Or how he had seen the Dutch seen evolve over the past decades?

I was invited to do the interview at his home in the cozy Kinkerbuurt. After chatting about the neighbourhood and that memorable Fusion set with him and his manager/girlfriend Manuela, we sat down on the rug at his coffee table and first asked him about his ADE experience.

“Well, Especially Ricardo Villalobos & Friends at Hyte was really cool. I was a little nervous because I had to close the night after Ricardo’s set, which is a tough act to follow, and you never really know if people are going to stick around until the end after someone of his stature leaves the stage. But the entire crowd stayed until the last minute and it was a really nice experience.”

And how did you go about that set musically?
“I had my own style I guess, a bit different than normally too. I played a lot of my own tracks and edits and it went down really well. Had a lot of fun playing there.”

So I went through your interview archive online, which is vast to say the least, and I read that school and studying were not going to be of much importance to you, since music always came first from a very young age. Were you already convinced that you were going to make it in the music business when you were a teen?
Haha absolutely not. My father of course was very disapproving of me spending so much time on music and not on my school books, a familiar story to many. He wanted me to focus on the future, and that meant getting good grades and be a good student. But I was so drawn to music that I just couldn’t bring up the interest at all. Music was my life since I can remember.

Something inside me already said that I might have a talent for it, but I was in no way convinced that I was going to make it as a DJ/producer. But I was putting in the work on both ends, making mixtapes and handing them to promoters and spending the rest of the week in my bedroom studio.”

And what was the result of all that studio time?
“Not that much in the beginning, I’m talking late eighties here. I was making a lot of music and went to every techno label I could find to hand in my demos. More often than not they refused and told me to come back with something better. But I always returned back to my drum computer and synth to make something new and try again and again.

A proud moment for me came in ‘ 93 when I released the ‘Aqua Dance’ single on Derrick May’s Transmat/Fragile as A Scorpion’s Dream. Derrick was living in Amsterdam in the early nineties and after I found out I chased with demos almost every single day haha.”

And two years later then ‘Secret Life Of Machines’ came out.
“Yeah and that changed a lot. I was living at home at the time when it came out, and while my dad was working as a printer at the NRC newspaper, a colleague of his came up to him with a review of my album and said: Isn’t this your son? At that point he was aware that I was actually making progress as an artist and he accepted the path that I had chosen for myself.”

He goes on to say that at that point in time, during the nineties, it was perhaps easier to get recognition as an artist, as opposed to now where everybody with a laptop can either make or mix music. He finds the saturation of the dance scene to be a bit of a shame, as back in the day it was actually hard to become skilled in the art of music production and DJing. 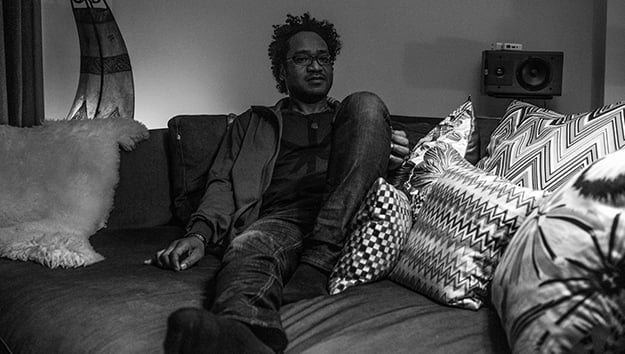 “When I was about twelve I started to mix with two turntables, without a headphone. What I used to do was cut the volume altogether and listen to the needle. You can actually hear the music coming from the needle that is sliding through the groove of the record, and with every kick you hear a small pop and that would be my reference point to mix from. And with a lot of trial and error I taught myself how to do it. Back then there was really no other way. Most of the young aspiring DJs at that time did not have a lot of money so you were really limited in the way you started out. And that’s maybe the difference with today, it was a challenge back then, there was no room to be lazy, the quantize and sync buttons were not invented yet.”