And how did that turn out?
“Very well. There are always two or three people that are disappointed when you make a decision like that, but you shouldn’t really be bothered with that as a DJ I always think. You’re playing for yourself just as much as for the people in front of you.”

And how did the contact with Cobblestone Jazz (Mathew Jonson, Danuel Tate and Tyger Dhula) come about?
“I’ve met Mathew Jonson a couple of times, great guy, and I really love his music. For my birthday I wanted to have something exrta special music-wise, and Cobblestone Jazz seemed like the perfect choice for this edition.

Two years ago I invited Ricardo [Villalobos] to come and play at my birthday; the event was sold-out in three days. I didn’t even wanna start to top that event, it was that unique. Even to this day people come up to me to say how glad they are to have been there that night.

With Cobblestone it will be a totally different experience, more laid-back and less hype, but just as interesting I’m sure. Mathew and Cobblestone have been on the top of my list for a very long time.”

What have you got lined up regarding new releases?
“I’ve got a new EP coming out on Delsin Records as Sterac on the 8th of December. It’s the follow-up of my ‘The Hypnoticus EP’ and features The Hypnoticus II and remixes of the original by VRIL, Anthony Parasole, Phil Moffa and Mike Dehnert.”

On to a question for all the producers out there: What’s your favourite plug-in to use at the moment?
“What I use a lot these days are the plug-ins by TAL, and the U-NO especially. It doesn’t have the same low-end of an analog synth, but it sure comes close – definitely one to have in your plug-in library.” 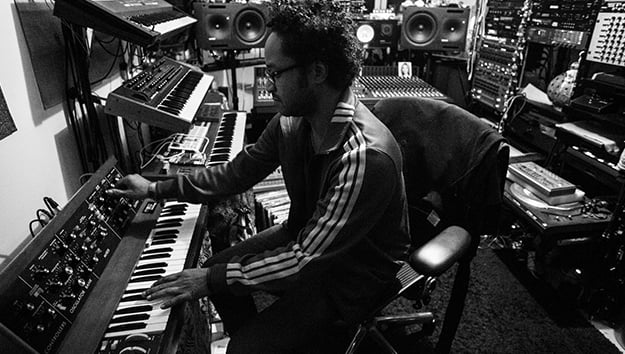 But you’re still very much a hardware man right?
“Yeah definitely. I mean up until six years ago I was still running my sequences through an Atari! Manuela forced me into buying a laptop so that I could work on a modern DAW and because it was just nuts that I was still working on a prehistoric computer like that. I didn’t even know how to open an email back then, let alone how to use modern production software. Thankfully I’m used to it now.”

We stuck around a little longer when Steve showed us around his impressive home studio, where there was indeed only analog gear to be found. You could spot one midi touch-pad amongst stacks of decades-old synthesizers, drum computers, an original TB-303 and ancient modules. His sacred Mini Moog proudly was placed left-centre against the wall. I ask him to play something on it. He flips the power switch, turns on his mixer panel and starts blasting away. A series of bass lines and stabs shake the apartment on its foundations, and the rest of the neighbourhood with it. 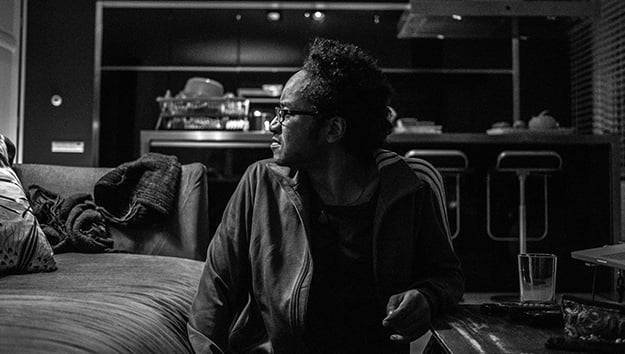