We had a little chat with Tom Trago on Skype and talked about his upcoming album, his gig at Buiten Westen this Saturday, the need of collaboration between a human and computer and most importantly, to which music Tom likes to have sex.

Yeah sure, turn the camera on.
Okay… —– Connection Lost——-

After a couple of minutes Tom’s Skype connection was back on.

Something went wrong back there.
Yeah my laptop fell off the table…

Haha! But you are all set now?
Yep I’m ready

Okay cool, so what have you been up to in 2013?
Well I have been spending a lot of time creating and finishing my third album: The Light Fantastic. I have spent a month in a cabin in the countryside where I laid out the groundwork for the album. That’s actually the coolest phase in the process. After that I returned to my studio in Amsterdam with a bunch of sketches for new tracks, but nothing is actually finished at that point, so then comes the hard part of arranging everything and mastering the result.

Was there any time left for doing gigs?
Yeah I’ve had some pretty cool gigs lately. Like at Panorama Bar in Berlin and Fabric in London to name a few. These gigs were perfect to test the new material in front of an audience. But I have to say that I’ve spent most of 2013 working on the album.

Aside from Buiten Westen, which of the summer festivals are you truly looking forward to?
Of course I look forward to playing every festival that I’m booked for. But if I had to name one it would be Lowlands. I’m not sure if I’m playing there this year though. But nonetheless I’m always really psyched for that one.

Why Lowlands?
Well last year I was booked for the X-Ray stage at LL, which was just one of the most memorable sets I have ever played. But even if I’m not playing, just being part of that euphoria over there for three days with my friends is amazing enough.

Come to think of it, it would be pretty awesome to play there this year because that would be my tenth year performing at Lowlands, which would be somewhat of an anniversary for me!

Is there an upcoming Dutch DJ that we really need to keep our eyes on according to you?
Yeah that would definitely be Elias Mazian, that’s a guy who keeps getting better and better every time I check him out and he’s someone who, like me, has a very broad musical taste that can be heard throughout his sets. And like me he’s a hip-hop, disco and soul bred, instead of having a strict house or techno background that a lot of DJ’s have. 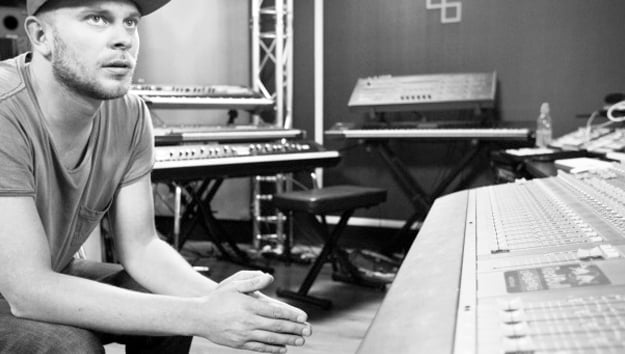 Speaking of musical backgrounds, you have once said that your interest in music came from the soundtracks of skate videos that feature a lot of hip-hop, reggae and disco. Now could you tell me about the transition from watching these videos to starting out as a DJ?
Well I started skateboarding in my teen years and that was my focus for quite a while. All of a sudden I saw this trend that hip-hop was the music that everybody was skateboarding to (before that it was punk-rock). This was because of these cool skate videos that featured a lot of hip-hop. So that’s how I got in touch with it in the first place and I got sucked into it right away. I knew I wanted to do something with this music, but I knew I could not rap (at least not in proper English because I’m Dutch) so that was not an option. Then I tried being a graffiti artist for a while but that was too much of a hassle for me. So the only option left was being a DJ. And I was already attracted to the idea of being one. That one person could control and influence the mood of an entire crowd, that idea really spoke to me. So when I was fifteen I bought my first turntable.

You didn’t buy two?
Not immediately, I played with one turntable for an entire year because I did not have the money yet to buy the second one haha. In the mean time I started to follow Amsterdam based hip-hop DJ’s like KC the Funkaholic and around that same time I first came into contact with the people from Rush Hour, which is now my label. Those guys took me under their wing, thought me the ins and outs of the trade and booked me my first gigs. And that’s how everything started.

In an interview with Distrikt Mag you have said that there needs to be collaboration between a human and a computer when it comes to electronic music. Can you specify what you meant by that?
I don’t like it when a production is so tight that you can’t hear the slightest form of variation in a track. I try and keep a human feel to my music by recording with analogue equipment. Even though you probably can’t hear it if you’re not paying attention, there are flaws present when producing that way and I think this is essential. I don’t want everything to be perfectly automated like you can do with home production software, I want to underline some sort of human error in my tracks, because that’s what keeps the music alive and surprising.

There are arguments revolving around software DJ’ing as well. Some DJ’s call it cheating when you use Traktor or Virtual DJ because it makes the job of a discjockey too easy. What’s your take on it?
In my opinion it’s actually more about the computer screen you are looking at when you play with software. I think the screen creates a barrier between you and the public when you spend most of your time looking at it. It just sucks the attention away that should have been given to your audience. That’s why I like to play with vinyl, but cd’s and usb’s work just as well for me. But no DJ is the same and everybody should use the equipment that he or she feels most comfortable playing with.

Your last album Iris wasn’t just a dance-album, there were quite some songs on there that were pure hip-hop, lounge and disco. What kind of styles can we expect from your new album?
With the Light Fantastic I wanted to create a dance-album that would support tracks that every DJ would want to have in their record collection. I don’t mean I wanted to make the best album in the world or anything, but I wanted to make a bunch of tracks, some deep, some more traditional, that would just get people sweating in a club. I can tell you now that that what I was going for, but I never have a plan when it comes to making an album. It just ended up like this and I’m happy with the result. 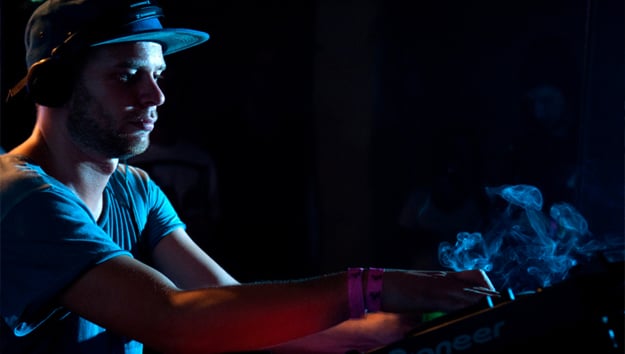 This Saturday you’ll be performing at Buiten Westen festival. Who’s sets can we find you at when you’re not playing yourself?
Well you can definitely find me at the spring roll stand and the smoothie bar! Other than that I’ll definitely be visiting Ryan Elliot, he’s made some really nice tracks and remixes in the past few months. Agoria is someone I would also like to see and chat with. Of course I’ll also be visiting my homeboys like William Kouam Djoko, Thomas Martojo & Casper Tielrooij!

Good. So what kind of music is on when you’re having sex?
Aha! That’s a good one!

Well it’s an important question!
It is! Well I have to be honest and say that most of the time there isn’t any music on when I’m having sex. There’s no particular reason for that I think. But if there’s any kind of music playing during sex it’s smooth and sexy R&B like R. Kelly. Maybe it’s because a lot of girls dig that genre in bed, but I have to say that I like it as well.

While we are on the subject: is there a woman in your life or are you enjoying an endless flow of groupie love?
I named my last album after my last girlfriend, Iris, but that ended some time ago. Since then I can’t say I have had much to complain..

This Saturday Tom Trago will play at Buiten Westen Festival amongst great artists like Maxxi Soundsystem, Adriatique, Danny Daze, Daniel Bortz, David August, Agoria and many more! Tom will perform at the Paardenkracht Stage. Tickets are sold out so for the lucky ones, enjoy it!