A Melbourne-based scientist and prominent doctor has called for Australia to manufacture and market pure legal MDMA in pharmacies with the aim to curtail the prevalence of contaminated pills, especially given the frequency of the drug’s use amongst the countries population.

Pharmacist Joshua Donelly and leading doctor Professor David Penington have issued concern in the Journal of Law and Medicine about the number of Australians taking the drug, swallowing contaminated pills that put them at greater risk of harm. In order to attempt to reduce this, the pair recommends the Australian government should legalise MDMA, and regulate its production and sale through pharmacies. This would allow, amongst other things, pharmacists to advise “high risk” users, such as those being treated for a psychiatric illness or heart problems, to avoid the drug.

The Australian government says it has no plans to legalise MDMA and that using the drug is associated with anxiety, irritability, paranoia, vomiting, overheating, high blood pressure, fits, depression and suicidal ideation, however Donelly said there was unreliable scientific evidence to prove the drug caused considerable serious or long-lasting adverse effects.

“Australians are one of the highest consumers of MDMA in the world, yet we resolutely resist exploring the fact that most of the uncommon ill consequences of its use arise from impurities in illicitly manufactured drug and the ‘illicit’, uncontrolled circumstances of its use,” Pennington said.

In 2010 Britain’s Independent Scientific Committee on Drugs ranked MDMA 17th, far behind tobacco (sixth) and alcohol (first), on a list of 20 drugs according to the harm they caused. 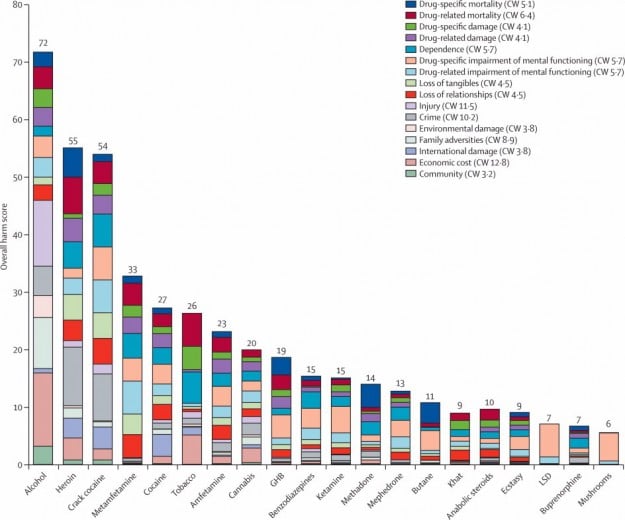