Following up in the Free Download series is a fine, low-slung co-production between LA’s Droog and Nottingham-born Inxec: Low Fever. Listen and download the track for free below.

In 2006 Inxec began a love affair with Jay Haze’s imprint, Contexterrior, where he released five futuregasmic releases for the forward-thinking label. And Inxec remixes on labels such as Tuning Spork, Stock 5, Barraca and Esperanza were featuring in the playlists of the globe’s finest. He had now been acquainted with the world stage – he loved it. The feeling was mutual.  This provided added kudos for the Inxec/Tolfrey powerhouse. Releases on Murmur, Sven Vath’s Cocoon recordings and Radioslave’s Rekids were the inevitabilities of this success. It was plain to see that the natural DJ in Tolfrey helped Inxec develop an increasingly stripped dancefloor-destined sound. Remixes followed for the likes of CR2, Culprit, Kismet, Great Stuff and Renaissance to name but a few. 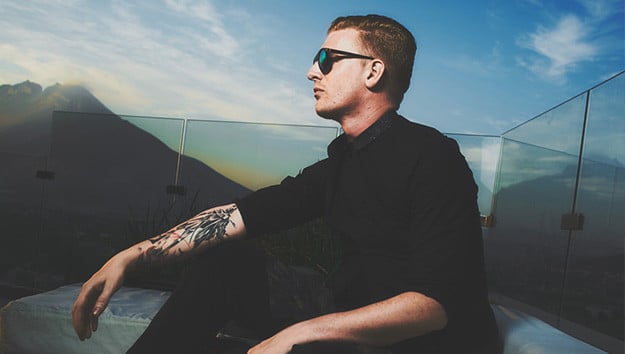 Since then Inxec has collaborated with Mark Chambers, Seth Troxler and Mark Jenkyns which has culminated in releases for Crosstown Rebels, Cocoon, Culprit, Last Night on Earth, Leftroom and Get Physical – the list is endless.

Familiar’s at Deep House Amsterdam, LA-based Droog are Andre, Justin and Brett. Together they’re also the driving force behind the successful Culprit outfit. Over the course of 8 eventful years since their genesis as the Droog collective, the Los Angeles-based trio have become true Renaissance men of underground dance music. Sprung from their DJ roots in late 90s/early ‘00s, Droog have taken on (nearly) all of the essential mantles: first and foremost as label heads, while their party series (seen in the video above) are considered a hometown institution, and even took on a global reach with events spanning Europe and the Americas. Lastly they are also skilled in the studio – solo or with steady collaborator Inxec, they have infiltrated some of the top dance music labels like Crosstown Rebels, Get Physical, Supernature, Last Night on Earth, Noir and Akbal.