Last week with my article “The Gabber. or How Rotterdam Gave Birth to An Underground Style” I went on a quest to reintroduce, and maybe slightly poke at the so-thought dead, Gabber culture. The teasing tone of the publication gained an immediate wide-range of comments. Most had a good chuckle or two, but for others this article came off as inhospitable. Then is when I understood that I misunderstood the Gabbers. Eventually instead of defending ourselves, we decided to take things into our hands. So I reached out to our commentators on the article Facebook post, asking them to share their personal stories.

Three of them I went into an in-depth conversations. Dennis, a Dutch guy (now 33-years-old) who attended various gabber and hardcore parties in Zaandam and Amsterdam. Meanwhile Dave, shared about the the UK’s gabber culture as he partied amongst the UK’s alternative Gabber culture throughout the late 90’s. Currently a DJ himself, Dave even started with playing Gabber and Hardcore. Dimitri, a 24-year-old modern day raver from France (now Netherlands), who enjoys himself a good hardcore party.

See also: “The Gabber. or How Rotterdam Gave Birth to An Underground Style”

Oddly enough these three party goers didn’t identify themselves as gabbers, but they were very close to the culture or felt for it. And this is what they told us…

“It’s a typical ‘you have to experience it to understand’ it type of thing.” 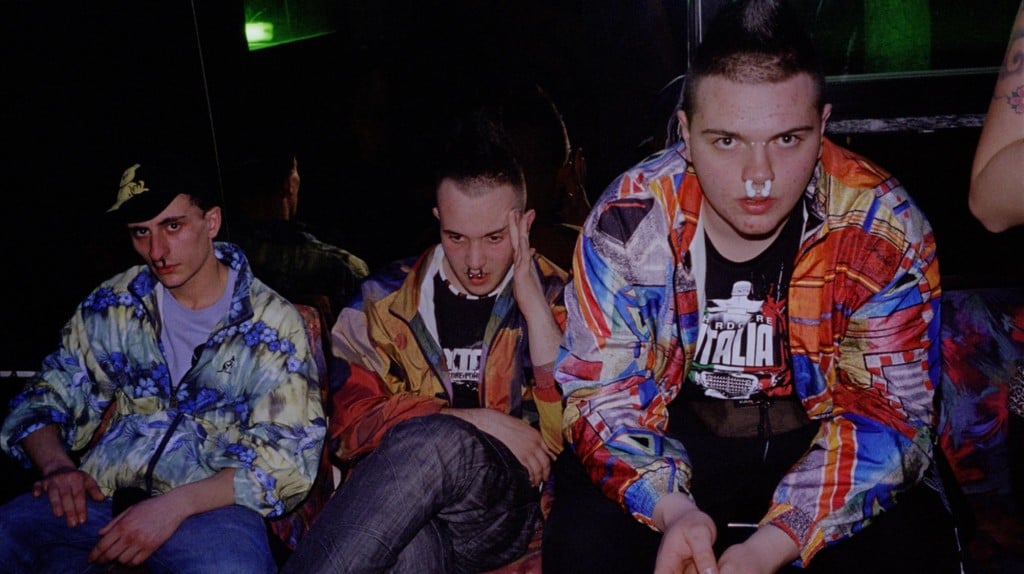 Why do you think the culture is misunderstood?

Dennis: “It’s a typical ‘you have to experience it to understand’ it type of thing. Gabbers came off as aggressive and when you look at it it makes total sense. Bald dudes and girls with the sides of their hair shaved and a tight tail rocking Australian outfits and Nike Air Max. Using amounts of speed, cocaine and MDMA which Pablo Escobar would have a hard time to keep supplies up and listening to 150 bpm + kick drums that make a ‘normal’ person nauseous. This all fits perfect with the aggressive image.
Also, gabber music had an image of being a brainless style of music. Sure, it was no Mozart or Bach, but that wasn’t the point. The point was to go as hard as you could and I think the genre nailed it. Gabber music was a perfect way to get all the energy and emotions out. Look at it like some form of therapy. I think a lot of people who are stressed out today or feel down would benefit greatly from a night of going all out at a gabber party.”

“The point was to go as hard as you could and I think the genre nailed it. Gabber music was a perfect way to get all the energy and emotions out.”

Dave: “I know people in this scene (Today’s music scene) look down on Gabber and people into house music that are too young to remember the 90s Gabber/Hardcore scene will probably find it all ridiculous but when I first started taping older kids rave tapes DJs like Carl Cox were playing hardcore and tracks that edged on Gabber, it was just a movement of time. From experience I can only talk about the music from the 90s and I’m sure there still is a strong Gabber (or whatever it’s called now) scene but as ridiculous as it all might have seemed it was more Underground, cutting edge and culturally significant than today’s superstar DJs throwing cake in peoples face and posing for selfies.”

Dimitri: “Gabbers are often mistaken with skinheads, because some people have appropriated this anti-conformist music for their extremist movement. It’s all mixed-up, I don’t even know what it what myself. Now, when you say “Gabber”, a lot of people hear “Fascist” or “Junkie”. It is true that some of them were taking drugs but they are the only ones shown in interviews and caught on camera. The vision of electronic music is even worse in France. Movements like the free parties and raves are always poorly depicted by the television and media. The argument is always “Drugs ! Our kids are in danger.

What is it about the music do you enjoy?

Dennis: “Gabber music was an awesome way to get all the excitement and energy out. It felt like a reset moment. It was all in or not at all. You couldn’t kinda dance to the music.”

Dave: “I enjoyed the whole energy of Gabber and even though it’s manic and at breakneck speed there were some clever tracks and high levels of production. Especially the Hellfish/Producer/Deathchant UK stuff. It’s was also quite raw and very non pretentious.”

Dimitri: “About the music itself, I enjoy the wonderful melodies (with or without lyrics) that some artists can produce, I enjoy the hard kicks and the raw screeches. And when everything is combined, it is even better. I think what really drives me is the tempo (around 150 bpm for Hardstyle and from 180 to 220+ for Hardcore). Briefly, I can listen to those genres for hours and never get bored, only the tiredness and pain in the legs stop me at parties. I don’t need to take drugs to counteract these effects and enjoy a festival. It’s true, some people do (like everywhere) and it’s their right.”

“You can dance and jump like you want, nobody will judge you because everybody is here to party.” 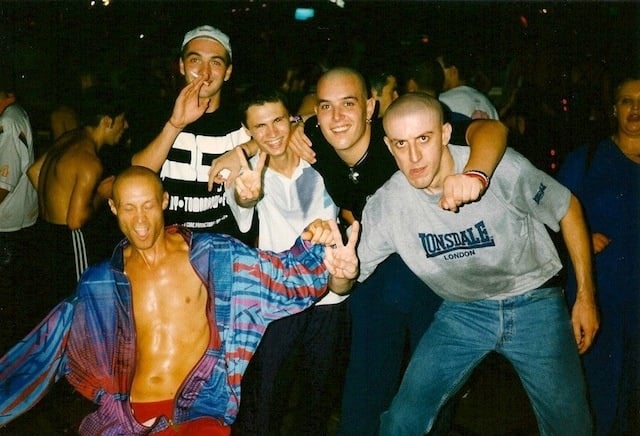 For someone who has never been to a hardcore party, what are the vibes like at these party?

Dennis: “The atmosphere at the party was great. The biggest misconception about gabber parties was that there where loads of fights because everything about the concept smelled like aggression, but I never encountered a single fight or bad vibe. For example, you were just dancing like crazy and when you bumped into someone you didn’t know you grabbed each others head and went crazy and moved on. No hostility, all good vibes. How cool is that?”

Dave: “I never attended a Gabber specific party but the style was intertwined at events with other styles such as Hardcore and Drum and Bass.”

Dimitri: “The respect between people and the sense of unity is nowhere near (except Trance) in the other genres. You can dance and jump like you want, nobody will judge you because everybody is here to party.”

I want to shout out to Dennis, Dave, and Dimitri for defending what you care for and thus helping us all learn a little bit more about a culture we may be quick to judge.