In hailing from the USA, the ever developing, cut-throat (!) world of dating apps is nothing new to me. Hell, while attending 2014’s South by Southwest Conference, it seemed as if the entirety of the event’s “tech” program centred around niche, get-laid-immediately iOS/Android applications (here’s a nice list of off dating apps actually in existence).

A quick look over the spectrum of dating apps will yield results looking to match virtually every religion imaginable, as well as mutual drug users, farmers, and more, but there never seemed to be one for the festival/club crowd. Well, this past May, GLANCE changed that with their official slogan: “Glance before you dance”.

The app, described by app designer Jeroen Jochems as: ” [Glance] connects you to likeminded people attending the same festivals and club nights as you. Discover events near you, attend to see who’s going and anonymously like to break the ice. If someone likes you back it’s a match and you could go together! Bye bye awkward dates with people you have nothing in common with. Hello event driven dating,” seems to be making waves amongst the Dutch festival circuit with a slew of positive comments on its iTunes page. “Top app! Super fun, easy and accessible way to get to know people,” one satisfied user exclaimed. “Nice to see in advance who is going to the same festival or to come easily in contact afterwards. App is easy to use and looks great,” another reads.

Comparing Glance to prominent dating apps Tinder and Happn, Glance prides itself on its dates being relevant and event-based, as opposed to Tinder’s superficial approach or Happn’s random one. 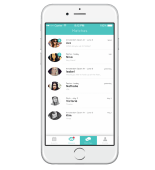 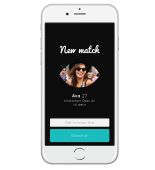 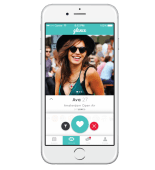 The Dutch startup has already joined forces with popular Amsterdam festival Buiten Westen; a perfect testing ground to see whether the app will be able to realize its promises. Glance will first focus on the Amsterdam festival market, after which they plan to settle abroad as well.