On top of Capitol Hill in Washington DC, sits a massive pile of legislations still yet to be approved, one of which is the RAVE Act or “Reducing Americans’ Vulnerability to Ecstasy Act,” introduced to the United States House of Representatives in 2002. With such a perplex and badass acronym, no other politician than Senator Joe Biden could come up with this. 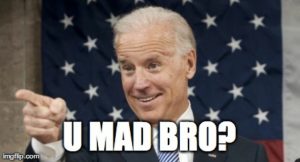 The RAVE Act’s primary objective was, as Biden explicated, to reduce Americans’ vulnerability to ecstasy through a vague and non-official checklist that deems any nightclub establishments that offers good’s such as glow sticks, lollipops, pacifiers or overpriced water to be investigated. If enacted, it would not take long till an un-chillaxed parent at DisneyWorld would call the government to shut down the theme park.

The story begins in the spring of 2002 Joe Biden and a few b-list politicians submitted this Bill to the House of Representative’s “Subcommittee on Crime, Terrorism, and Homeland Security.” Why this subcommittee? Well, America…

On October 10th, 2002 the 107th Congress held a hearing before the House of Representative to propose this bill for a vote. Thankfully the bill was not even allowed to be voted on since the judges proclaimed it unconstitutional. Moreover, it was most likely because of the ridiculous arguments presented, such as glow sticks and lollipops being considered drug paraphernalia.

In celebration of this ridiculous bill never being allowed to be up for a vote. I have gone through the entire 86-page transcript of the discussion and posted some of my favorite statements below:

The statements of Judy Kreamer – President of Educating Voices Inc.

“I was in the audience for the Oprah Winfrey Show when the topic was Ecstasy. And by far the most compelling arguments for not using Ecstasy was the picture of a young woman whose brain looked like Swiss cheese.”

In my studies, I learned reality-TV shows like the Oprah Winfrey Show habitually fabricate their story to preserve the audiences’ attentiveness. The brain scans presented on the Opera Winfrey Show were not of “holes” in the brain but rather areas or cavities of less blood flow. Similar to how the brain scans of an NFL player has “holes” in it, yet over 100 million American’s support and watch the Super Bowl. Just another typical American Paradox. 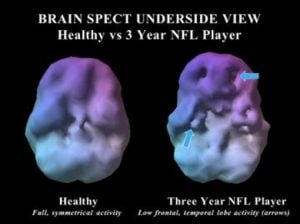 “A high school held an assembly on 9/11 to mark the day with great speeches and patriotic music, but then glow sticks synonymous with Rave parties were passed out… We can’t be giving mixed messages.”

First and foremost, what kids do not like glow sticks? Give a toddler a glow stick in an empty water bottle, and they will be busy for hours. But hold up, according Ms Kreamer’s logical glow sticks is a gateway toy to becoming a malicious drug addict. Jeez, watch out parents!

“As an undercover operative I purchased Ecstasy for up to $20 per pill.”

I bet she got ripped off by somebody selling Flintstone vitamins for $20. 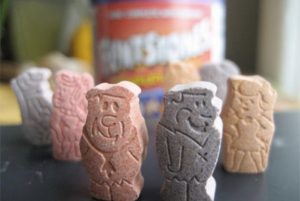 “By night’s end, Ecstasy transforms the dance floor into a mass of sweaty young bodies moving in a surreal state of endless motion.”

Umm… Not everyone needs ecstasy to party. I am pretty sure Ms Craparotta was just describing a party with good music. I guess Ms Craparotta never learned when you assume you make an ASS out of U and ME.

Thankfully after the discussion, the judicial actors in the house of representatives concluded that “The language of the bill makes legitimate, innocent businesses into potential targets for a felony charge if the nature of their business makes it impossible to guarantee that no drug use will occur on their property… Rather than eliminating drug use or even entirely eliminating raves, the bill would drive raves underground and discourage basic health precautions. It would have the perverse effect of making drug use more dangerous.”

Awh what a happy interim decision made by the judging officials of this bill? Unfortunately, the RAVE Act can always be brought up in future dates, there is one mother who is fighting to amend the RAVE Act. This Bill could be reintroduced in the future considering there is a strong majority of conservative republicans in both the Senate and House of Representatives, plus Donald Trump and his right-radical squad is taking over the executive branch this January.

But after yesterday’s announcement, of the United States, beginning large-scale trials of MDMA for medical use for veterans with PTSD. So there shouldn’t be too much to worry about, plus Trump “loves” his veterans. Just don’t hold your breath because, the US, home to pro-life and pro-gun laws, seem never to surprise anyone with their paradoxical actions.