Where Cocoon leads others follow and nowhere does this apply more than in Ibiza.

Some years after Sven Väth began his love affair with the White Island Cocoon Ibiza was born. It was 1999 and Ibiza was about to change. Just at the point commercial sound was beginning to take over the island Sven Väth rewrote the rules. A new style of party, new ideas and most of all a new sound. Techno and a belief in challenging exciting music for the dancefloor arrived in Ibiza and it was never going to leave.

The natural home for Cocoon was and still is one of the best clubs in the world. Amnesia, always offering a platform for artists, new and old, to express themselves and so very often deliver something memorable.

With the 2015 season underway, and a massive Cocoon Ibiza party with Sven Väth, Dixon, Recondite, and more, having already gone down, we caught up with the events main promoter Johannes Goller, who has been there since the beginning. Here, we take a look into the mindset of, not only, an industry insider, but also of a true fan of underground electronic music.

Cocoon is at Amnesia every Monday throughout the summer until 29th September. Featuring Sven Väth, Ricardo Villalobos, Carl Craig, Subb-an, Enzo Sirigusa, Eats Everything and more! Check out the entire season’s lineup – here

“…as the wall came down we were suddenly in the middle of Germany. Parties were everywhere and techno was the soundtrack of this time. 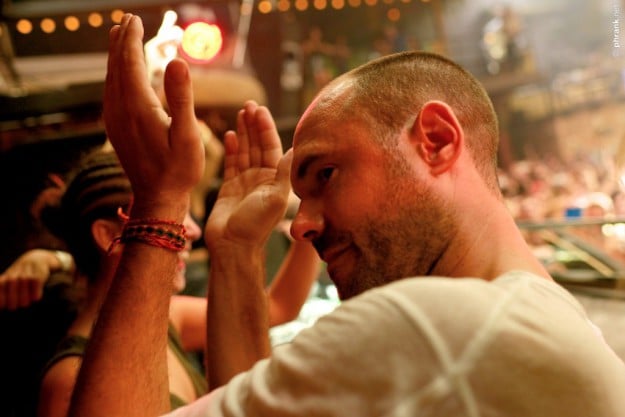 So, first of all, please introduce yourself; what’s your name, how long have you been working for Cocoon, what were you doing before you were with Cocoon?
Hello, my name is Johannes Goller and I have been with Cocoon for 16 years, 15 of them as the head of Cocoon Ibiza. Before I started with Cocoon I was working at our family business. We had a butcher shop and I was ready to take over, made my master qualifications but then things changed. One season in Ibiza changed my life.

Haha, that’s amazing – tell us a bit more about the family business?
I grew into it from early age on and there was never a doubt about not becoming a butcher. I still love cooking and doing BBQ’s and I am sure this love will last forever…you never know what the future might bring.

What’s your favourite cut/type of meat?
Depending on what you are preparing… for the BBQ I do like the ribeye most, for the oven the faux fillet, and as I am German…Rouladen… no one makes them better then me in Ibiza 🙂

How did you get into the club scene?
Going out was an integral part of my youth so I got into electronic music quite early. I was living next to the former German border and as the wall came down we were suddenly in the middle of Germany. Parties were everywhere and techno was the soundtrack of this time. It was not long before I found myself dancing to Sven…

Can you recall any particular tracks or songs that really turned you on to Electronic music
So many… the first record I bought was Hardfloor’s track – Acperience on Harthouse.