What was the reason behind you getting into acting? Was this sparked by your move to LA?
Actually no, I moved to L.A after 6 years of studying the Spiritual Psychology of Acting in London with my tutor John Osbourn Hughes who is amazing. He’s still my own personal Guru. I’ve got quite a big personality & because of my meditation & being in the moment I have quite a lot of presence so I’ve had friends telling me for years that I should become an actor. I was 37 when I decided to learn method acting as Djing is pretty much a young man’s game. Here I am at 50 & still bloody DJing. I need to get a grip, as it’s a dead end job. lol

Do you find imperfection to be the crucible of creativity and invention?
Absolutely yes. Perfection is a serious limitation as when one thinks they are perfect they stop moving forward. We learn from our mistakes so it’s very important to take risks both as a DJ & producer. It might not make you a massive star but it will make you an artist. Choices, choices.

Are you planning on collaborating with Francis Harris at any time again in the future? I’ve heard your past experience with him was a result of some interesting weather scenario.
Even though Francis & I are extremely close friends, we’ve gone into very different music directions so I don’t see us collaborating any time soon, but never say never. Francis is all about the deep groove whereas I’m all about pushing the twisted fun button.

Our first tune together came about when I got snowed in in New York with no flights for days so we made the most of that & made our first record together. That’s when the Sycophant Slags were born. Such an amazing project. RIP.

You’re doing the Sankey’s opening party in Ibiza along with Bushwacka!, Danny Rampling, Nicky Holloway, and DJ Alfredo – how many seasons of Ibiza are you running into by now? What are your impressions of performing at that space?
It’s the opening of a new night at Sankeys called Dance 88/89, which is tonight & will be my first time DJing there. The night is focusing on the first wave of house, acid, techno & Balearic music. My first time in Ibiza was in 1987 as a rapper. I went back in early summer 1988 with a huge crate of house, acid & techno to play for LWR pirate radio station, as I was a DJ & rapper with them. The LWR crew gave me a hard time about playing 100% house music & not playing any disco calling me self indulgent, so we parted ways & I found a club called Weekend in the West End of San Antonio where 2 DJs Carlos Diaz & Tony Kanya allowed me to DJ with them & rap. From the moment I started spinning proper house & techno the crowd went nuts so I was invited to play every night for the week that I was there. When I left I sold my entire crate of music to Carlos & Tony who went on to educate Ibiza with real house & techno with those very records. When some people were bringing Balearic music from Ibiza to London, someone else was taking house music to Ibiza. It’s a legacy I’m very proud of. The rest is history.

I went again in 1989, 1990 & 1991 but in 91 I thought it had gone too commercial for my personal taste & didn’t go back for four years. A friend then got me a show in Pacha in summer 1995 & I was hooked again. I’m so easy. LOL. After that I went back every year & started my own Superfreq parties there in summer 2003. I did 3 amazing seasons at Club Underground then 2 great seasons at DC10 before one strange season club hopping. In summer of 2008 the credit crunch kicked in, which in many ways changed the community aspect of Ibiza for me with many people getting greedy & too competitive. Even so I still love this magical island & keep coming back to play & last season was actually the first season that I’ve missed since 1994.

You owned a club in the west-end of London called “The End” with Layo & Bushwacka – what was the theme behind the club and how did it become so prominent? Do you miss running the club?
Actually Bushwacka wasn’t one of the owners, which is a very common misconception. He was the resident DJ & also the production partner of my club partner Layo Paskin, which is where the confusion comes in.

The theme behind The End was to create a club space run by DJs for DJs & real clubbers. The ethos was to supply the highest quality possible with both the space & the music. The End as a club was the first of it’s kind in the world that was created in this way & was inspired by all of the crap clubs in London. The capitol deserved much better. The club became so prominent because the London clubbing community really appreciated that people had designed a club that was looking out for them. We had the best sound in the world, incredible lighting, a dance floor was sprung on hydraulics so people’s legs didn’t ache at 7am. We had air conditioning (strange for London), a free drinking water fountain, attended toilets kept clean, quality drinks with actual ice. Hahaha. Also the music was of total integrity, no sell out. Just cutting edge electronic dance music of all genres except the cheesy stuff. The End then became the blue print for all modern day clubs to follow. That said I think the most important part of The End that made it so special was the team. The management, the staff & the punters were like one big happy family. That’s why the real magic happened.

Do I miss The End? Not one little bit, as I’m not attached to the past & live in the moment. However I do look back at what we did there with the fondest of memories.

You’ve done so much in your career, is there anything you wish you could have done?
Not really as I’ve just about done it all in the house & techno scene. But being brutally honest there’s a huge part of me that wishes that what I’m doing now with Superfreq & pushing underground music didn’t slip under the radar in the way that it does as it’s a platform for new talent, so I’m working as hard as I can to make that platform as big as possible for all the great artists we have on the label. We just have to keep pushing & hope that one day it will click with the masses & that substance will come before the hype. Whilst I breath I hope.

Have you ever thought about being a milkman again?
Hahahahaha, the Psychic Milkman still exists. 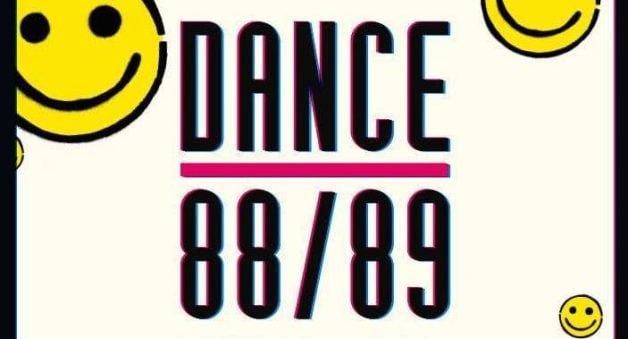