This Friday, 6 July, Music On returns to Amnesia Ibiza.

On the evening, Derrick May will make his second appearance with Music On. His classic sound will raise the energy levels on the Terrace, Marco Carola, guarantees an exciting journey to sunrise.

In the Its All About the Music Club Room, Marco Faraone opens things up until the the melodies of Leon – in his seventh year as part of the Music On family – take over for the night’s finale.

With this one of several appearances at Music On through the 2018 season, Marco Faraone dishes one of his favorite memories from his time with Music On:

“I’ve had so many great moments with Music On. I can tell you many, but I have to say when I got the call from Marco to join the family, that was something that I will never forget. Marco is a mentor and an icon, an example for many DJ’s, even more so for people like myself, who grew up listening to his music.

I was playing at a party in Florence, and he came on stage to listen to my set, at the end he said “Marco, next year, wait for my call for Ibiza”. I was like come on, this is never going to happen!!! But after a year, sure enough, I got that call, unbelievable. Another memorable moment, was at my first Music On gig, and he came into the legendary booth at Amnesia on the terrace and said “Marco, keep playing…” this never happens now, as the club closes earlier nowadays, it was a special moment and of course, I kept on playing! I was really surprised and honoured for the support I had from the maestro himself.

An anecdote….when I was so happy after playing at Music On that I completed forgot that I had a gig the next day. I remember the driver called me from the airport where I was supposed to be arriving and said “Marco, I am your driver, waiting in arrivals. Can you let me know when you are here?”. Well…..I was still in the studio with Carlo Lio in Ibiza still and completely forgot about my flight! This happened only once, I promise!” 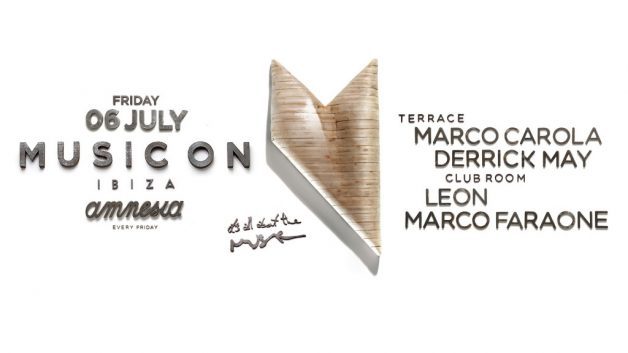