Stacey Pullen is a dance music innovator born from the second wave of Detroit techno.

Both as a Producer and one of the world’s most in demand DJs, the Blackflag Recordings boss brings his passion straight from heart, seeking to surprise and engage, to provide an unforgettable experience. This weekend, Stacey Pullen joins a slew of the Music On friends and family for its massive TWO DAY season closing event at Amnesia Ibiza. There are many guests and surprises ye to be announced but expect the likes of Miss Kittin, Oxia, and Hugo Bianco handling Club Room duties on the Friday, 6 October, while Stacey, Leon, and (of course) Marco Carola handle The Terrace.

Ahead of this epic throwdown, Stacey Pullen wraps up our 2018 Music On interview series with his thoughts on the concept, the contemporary landscape of Ibiza, maintaining mindfulness over the demanding summer, and more.

“I’m looking forward to…being the best person a possibly can in this thing we call life.”

We’re speaking here ahead of your upcoming Music On appearance at Amnesia, Ibiza. As this is not the first year you gave prominently appeared at the Friday night event, what can you say about Music On as a concept and as an Ibiza institution? What keeps brining you back?
I was the first Dj that Marco brought on board from the beginning so from day one I knew what the concept was and knew how to deliver the message he wanted.

Similarly, Amnesia is an Ibiza institution in its own right. What are your impressions of that space? How does it feel to perform there?
It’s Magical to play on the terrace, it’s a surreal experience. The Club Room is a monster of it’s own because when I play in that room, I know that I have heavy hitters on the terrace and I love that because it makes me a better DJ and that’s what it’s all about – the music.

What kind of atmosphere do you usually encounter with the crowd?
If I’m opening for Marco on the Terrrace, it’s important for me to set the tone for the night, when I close in the club room, I know that it’s game on because that’s when you have a chance have have make your own path till the end.

When did you first meet Marco Carola? How did your relationship evolve to the where it is now?
Marco and I developed a mutual friendship in 2011 at the end of his days a Cocoon. We’ve always had respect for each other since the early days but we understood how music evolved from then to what we have now and we how to approach the new generation.

Speaking of atmosphere, what are your impressions on the general atmosphere on the island? How does it compare to your first experiences there? When did you first appear on the island as a professional DJ?
One thing for sure is that back then, promoters from the UK & Germany and, of course, Spain had their brand and club night to explore with new DJs and talent, now it’s the DJs themselves that have the brand and budget and they hire their own brand managers and promoters to work for them.

Do you have any “go to” places you like to stop by when on the island? Doesn’t have to be music related, but also food, shopping, chilling…?
Passions Cafe is great place to eat healthy, I use to eat at the Fish Shack before I went vegan, I also prefer to stay in Old Ibiza Town because I love the character and the sense of neighborhood community.

Switching gears across the Atlantic, how are you seeing the dance music scene in your hometown of Detroit these days? Would you say its healthy? What would you say is still lacking (if anything, of course)?
It’s small during most of the year but during Movement Festival in May, the city is electric. Most Detroit’s clubs only have a 2am license so it’s very difficult to nurture an afterhours scene. I used to do the parties called RADIO SKOOL back in 2007-2009 but after a while they were worth doing because of the 2am license, the main reason was that if I were to bring in a guest international DJ and have to close 2am, Detroit is a late crowd and most people don’t go to club before 11pm so that leaves us a good 3 hours of music that doesn’t really tell the story of a good night of music

With the rigors of the summer schedule in full effect, do you have a specific routine to maintain health and mindfulness?
Love from my familly, going to the gym 3-5 times a week and a healthy diet is a must for me

Finally, through the rest of 2017 what are you personally looking forward to? Do you have any gigs of particular interest? Any new places you will travel to? Any personal highlights on the horizon?
I’m looking forward to getting new music out, finishing the Ibiza season, heading down to do more South America dates and being the best person a possibly can in this thing we call life. 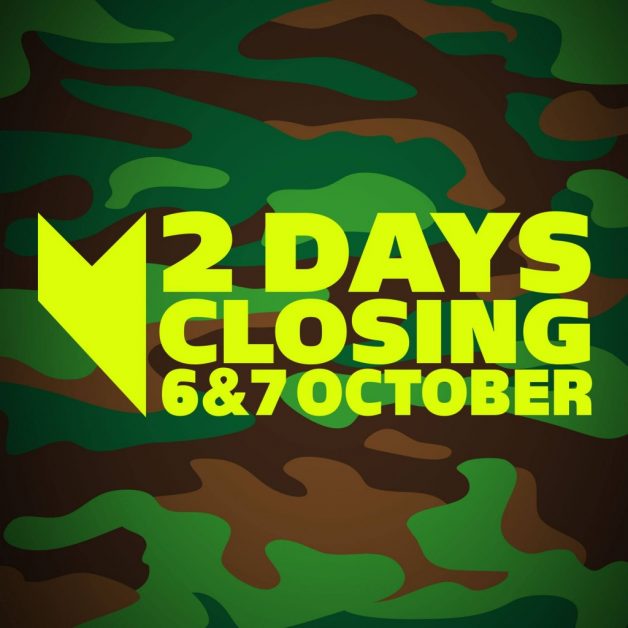