Music On will concluded its seventh season this weekend with a huge three day, multi-venue closing event.

Starting on Friday, 5 October and moving all the way through Sunday, Marco Carola and Music On will take over Amnesia Ibiza, Privilege, and Blue Marlin across the weekend. First up will be Music On’s season-wide home, Amnesia Ibiza, where Lauren Lane opens things on the Terrace before Marco Carola takes over. Meanwhile, in the It’s All About The Music Club Room, Stacey Pullen will headline, Antonio Pica will showcase his spontaneous musical lyrical poetry, while Leon will be responsible for maintaining the power at its maximum. On the evening, and Music On’s season, Leon says:

“I’ve been a Music On resident for seven years. This season has been totally massive, I have played eight times this summer and I have a lot of good memories. The two best moments in particular? One is from the Opening Party with Marco Carola on the Terrace; I remember I played for three hours with a full house and with a very special vibe on the dance floor. The second was on August 17th in the Club Room with Paco Osuna and Danny Tenaglia. It was very exciting for me because I’m a super big fan of Danny, he is a legend!”

“This year, Music On will host a three-day closing and I’m honoured to play on Friday at the first closing party in Amnesia’s main room. I think it will be f**king crazy with a lot of friends and a magical atmosphere! I’m preparing a very special DJ set with lots of new music and some of the special Music On classic tunes from this season!” 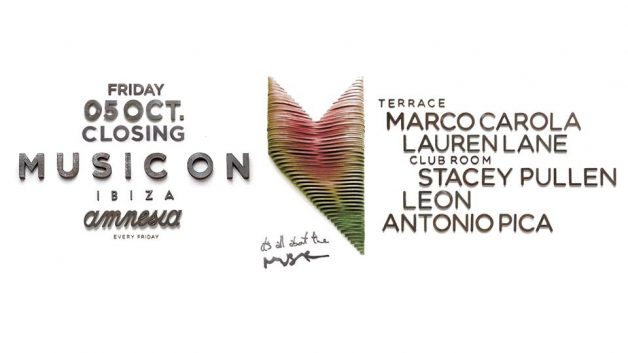 After Amnesia, it will be Privilege that takes things over on 6 October. This date sees, Marco Carola will play a four-hour “Sunset Set”, as well as going B2B with The Martinez Brothers from 4am. Paco Osuna will provide his patented touch to the highest point of the night while season resident Marco Faraone will also present his explosive and balanced techno style. 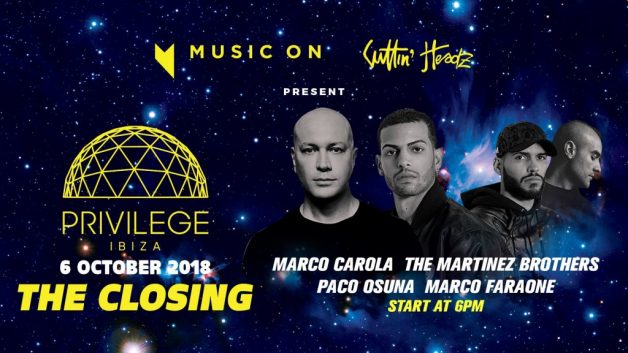 Finally, things wrap up on Sunday, 7 October at Blue Marlin where Marco Carola will provide the most epic of his patented closings. Expect special guests, surprises, and more as another season of Music On comes to a close.