Marco Carola and Music On present a 100% Techno night this Friday, 31 August with Carl Craig, Fer BR, Paco Osuna, and the unlimited LIVE energy of Egbert.

Anticipating the night, Netherlands’s Egbert has given us a tasting of his selections on the evening. These five tracks encompass the decade Egbert has spent honing and delivering his live set to audiences around the world, with Amnesia Ibiza and Music On being the latest.

After playing this track live for 10 years I knew what to do with it. And now the final version is released on GEM records and just entered the top 10.

It wasn’t a big hit, but for me, this is one of the all time favorites, it’s too strange to get mainstream I think, but it’s some really dark stuff that I like.

Metha is a guy from Hungary that send me his track, really liked the track and decided to do a remix from it, really like the result. 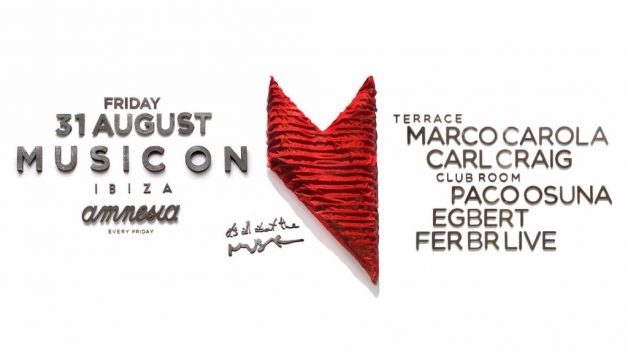