It’s never an easy task to meet up with a worldwide known DJ at 2AM at a festival in Miami. The meeting point being the media lounge, we wait there for 20 minutes and start to feel like we are never going to see him so we decide to force our way into the back stage, even though we were not supposed to…a great soul get us in and yes! There he is in “the green room” getting prepared for an epic two-hour-set.

III Points is a festival taking place in the Arts District of Miami, for their 4th edition they managed to survive a hurricane and make thousands of devoted fans happy with cutting edge talents such as Flight Facilities, Dixon, Ben UFO, DJ Koze and more…On that Saturday night, we met with the winner of the “Best Deep House DJ” award competition in Ibiza, South African born Black Coffee, one of those rare true artists we have in this world, though, you would wonder sometimes if he actually comes from another planet. His music is a proof of that, it’s no Deep House, it’s no House Music either, It’s Black Coffee. Take Intergalactic massive hit “Come with Me”, this song challenges electronic music genres, a house music groove with an R’n’b vocalist, sounds kind of familiar you would say?

But his music has still integrity and soul, he is definitely bringing something new to the table. When mentioning his amazing hit “Turn Me On” he admits girls come to him crying because of the emotion they have when playing the song. Then he adds “Imagine if Rihanna had been singing it?”

During our interview we hear a very upbeat, very technoish & almost industrial sound coming from Dusky. The pressure is on! Playing at 3am after them is a huge challenge, especially when you are more a Deep House DJ. Black Coffee is just about to go next and his performance does not disappoint. He makes a big statement by throwing a soulful song right away and everyone reacts with the smile, and then he throws a bootleg or two no one has ever heard before, one being “Show me Love”. Around 4am or so Black Coffee makes us travel into unknown though pleasant territories with songs like Y.O.U.D by Culoe De Song featuring incredible percussions. The man gives a stunning performance behind the decks, in control at every moment of each track, throwing effects in a very sharp way and using mind blowing turntablist tricks you would rarely see from a house music DJ. Adding to the equation that he is doing all this with only one arm, the only accurate conclusion is to say this guy is a hero.

You are closing the entire festival in about 30 min, you will be the only DJ left. How does it feel?
I realized that only until now, just before you walked in. It’s quite a big thing and a lot of pressure also…because I’m usually at 11, midnight so I’m looking forward.

How does it feel to win an award in Ibiza?
It’s amazing! Last year I won a “breakthrough”, meaning new kid on the block… and this year it’s in the deep house category, it looks like I’m doing something right, it’s a great thing to be recognized in Ibiza, Ibiza is like a university to a lot of us.

I heard Pete Tong played “Your Eyes” on his radio show last night. Did you know about it?
Wow, I saw that…he played it? It’s big! For me specially that song because it’s totally different from the stuff I have been doing, I am at a point were I want to start producing music rather than producing house music. That’s one of those songs where it’s outside the house music genre.

Would you say you want to be an all around multi format producer (not house music only)?
That’s what I wanna do, I’m doing different things, I want to start learning and just get involved in an kind of music. It could be a ballet, an r n b track, a Hip Hop song, a broken beat song, as long as I’m inspired I will work on it, it could be even a jazz song…even a trap song. 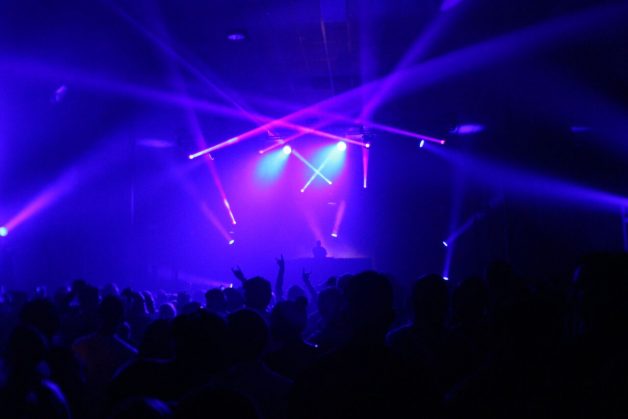