Permanent Vacation, the label of Tom Bioly and Benjamin Fröhlich, celebrates 10 years in 2017.

Having taken care of its home city of Munich’s precious musical heritage, Permanent Vacation is partly responsible for the new found love of Disco music and its variations such as Balearic, Cosmic, Krautrock and Protohouse. From there self titled first release on through classics like Tensnake’s ‘Coma Cat, Azzari & III’s ‘Reckless For Your Love,’ Todd Terje’s ‘Remaster of the Universe,’ to output from the likes of New Jackson, Dmx Krew, Lauer, Red Axes, Róisín Murphy, The Drifter, Lake People, Lord of the Isles, John Talabot, and more.

From albums, EPs, compilations, and more, Permanenet Vacation is undoutedbly a major scene player and, if we do say so, something of a DHA staple. Here, Tom and Benjamin discuss the evolution and importance of the Permanent Vacation imprint ahead of 1 September’s release of their official 10 year celebration compilation. Across its 16 tracks, the guys managed to gather all the regular vacationers, as well as some special like Joakim or Daniel Bortz

“The main idea always was to release music that we like, and this hasn’t changed.”

Permanent Vacation celebrates 10 years this year. First off, what does this milestone mean to you?
10 years sound like a huge amount of time, but to be honest it doesn’t feel like that. We are not spending that much time on looking back on what happened or what we have achieved, we are eager working on the things to come, overall we simply feel lucky being able to work for our own label.

When you launched back in 2007 what was your initial “goal” with the label? How did that goal evolve over the years?
Back then it all started with the basic thought of running a label, an idea that we both had in our minds for some time, and we talked about this in Benji’s record store. We didn’t have any specific goals, neither did we have any artists, that’s why we started with a compilation. The main idea always was to release music that we like, and this hasn’t changed. When we started it was an exciting time, with space disco from Scandinavia, the DFA sound and the whole Cosmic / Balearic revival, it felt so fresh after years of minimal and electroclash. This was inspiring and electrifying for us, and was certainly part of the label idea.

How have your own personal tastes in music evolved in that same time?
The waves of musical trends surely have an influence on us, as on everyone else we guess. And you don’t want to release the “same track” over and over again. Part of the whole label thing is, the love to explore and find new music that kicks you.. Listening to a new track that has that certain something is simply the best.

What were some of the key moments in the life of Permanent Vacation (so far) that have aided in its longevity?
Luckily the third release Antena – Camino Del Sol (Joakim / Todd Terje Remixes) was already a big club hit, and from then on the label was on the map. Also after the release of our Permanent Vacation compilation, Maurice Fulton contacted us out of the blue, offering us the Kathy Diamond album. Being huge fans, of course we loved it. Overall we felt lucky to be able to work with artists from the very beginning that are now big players in the electronic music scene, such as Todd Terje, Tensnake, John Talabot, Mano Le Tough and Tuff City Kids with Phillip Lauer and Gerd Janson.

How do you plan on celebrating?
First, of course, with the release of our anniversary compilation Permanent Vacation X, it was a fantastic experience to work on this together with our artists. Then we already had a supernice sundowner happening a few weeks ago, where we celebrated with our label friends and fans here at the Münchner Werksviertel. And we are currently working on our anniversary party, which is planned for december at the new venue Blitz here in Munich.

Describe your family of artists? What do you look for in an artist to become part of the Permanent Vacation family? How would you consider your core group?
The family is quite big, compared to some other labels who define themselves with a small core amount of artists. We always felt rather free in terms of whom to work with. It’s all about the music, and when we like it, we are open for a one-off 12″ release, without any further strings attached. If we work together with an artist on an album, we feel a closer tie to the label, and we love to work with the artist over a longer period of time.

As you guys are based in Munich, describe how you see the scene in that city evolve from 2007 until now? How do you see yourselves playing a part in that?
When we started there were the established labels like Compost Records and Gomma in town. Being one of the established labels as well now, it’s interesting and good to see how the scene evolves and other exciting labels like Public Possession come up. It’s definitely good to have a bigger vital scene, everybody is super nice and you can exchange experiences. Also the club scene constantly changed, only recently quite a few new venues opened, and there are more exciting temporary spots and places to go to, which is nice. Over the years we had plenty of label parties here in various clubs and locations, and brought our own artists and friends to town such as John Talabot, Mano Le Tough, Pachanga Boys, Lexx, Todd Terje, Lauer and also legends like DJ Harvey and Andrew Weatherall.

Finally, if you could describe Permanent Vacation in a single word, what would it be?
🙂 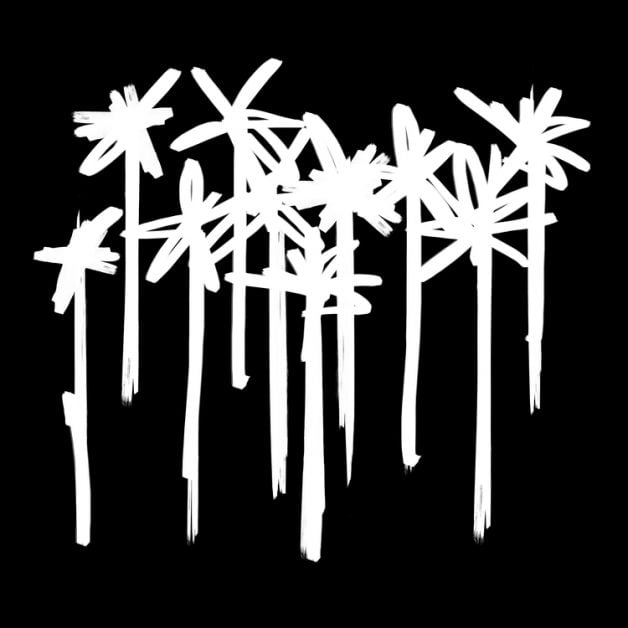