With quick ascension, Archie Hamilton is one of the international dance music scene’s most sought after.

In 2015, his tracks ‘Mind Blank’ and ‘Troublemaker’ catapaulted him into the limelight, as did his 5 date Arkityp concept. Now, Archie Hamiton’s music has found its way onto the likes of Fear of Flying, Fasten Musique Concrete, NG Trax, and FUSE, while his own Moscow Records and Moss Co boast some of the scene’s biggest names as supporters. His latest release “Driven” released via London’s FUSE, has been steadily climbing the charts since its recent release.

As a DJ, Archie tours the world, frequently playing Europe, Asia, Australia, and America. Of these destinations, notable appearances have been at the likes of notable of FUSE, fabric, tINI & The Gang and Space Ibiza as well as leading festivals like OFF Sonár, Mint, Found, Subsonic, and Sonus (where he returns this summer).

Anticipating that event and celebrating the release of “Driven,” we caught up with Archie to have a chat about the year that was, the year that is, and everything in between.

“As much as the landscape is different now, nothing will ever be as good as your perception of early raving experiences”

We’re talking here anticipating your appearance at Croatia’s Sonus Festival 2017? Can you tell us a bit about the festival and how you see it? What makes it unique/different from Croatia’s stacked summer festival scene?
It’s a huge highlight of the summer for me! This will be my 3rd year at the festival, but I have wanted to go ever since the first edition, so I was delighted to be invited to play in 2015. Being run by the Timewarp family, it goes without saying that the festival is incredibly well organised – from the big things like transport and programming down to the little things like never having to queue for a drink; the location itself is purpose-built for an event like this, and it really shows. Croatia has festivals week-in-week-out throughout the summer, so apart from the excellent organisation, for me the real difference lies in the lineup; it’s a lot more refined and specific to my taste.

Speaking of Croatia, how do you view the energy and atmosphere there, especially during its festival season? Where do you see the future of Croatian nightlife?
It’s great to see the Croatian scene thriving. The ‘old’ Ibiza has been struggling in recent years due to the wealth of varied and cheaper clubbing holiday options for people every summer – it’s not the only rave destination any more. The parties on the island have reacted in kind, and I think this is why you see a lot more of the bottle VIP style events doing so well; they have had to attract a new market as the new generation of music-heads are increasingly spending their summers elsewhere. If this continues, then it can only be good for the Croatian scene!

How has your 2017 gotten off to? So far so good…?
Yes, it’s been a great start. I spent half of January on tour in Argentina and Chile, which gave me some good time to reflect on 2016 and plan for the year ahead. I have also found some time to write some new music, which I am very happy with – I work in a frustrating manner whereby I either sit for months banging my head against the wall, or I get a week where I write five tracks with my eyes shut.

You placed in the “Top 100” of Resident Advisor’s top DJs of 2016. What are your impressions of such polls? Do you put any weight into them? Does placement on such a list actually help your career?
There’s no doubt that it put me in the spotlight, so I can certainly be thankful for that, but I don’t think polls or ratings are definitive. Music is subjective, and I don’t think it can be judged in such a way.

Coming into your own in London, how would you advise others to break away from the competition in such a highly competitive market? I’m from NYC, which is the same…everyone does everything, so you really need to separate yourself from the pack outside of just pure “talent”. What are your thoughts?
Good old-fashioned hard work, I’m afraid there’s no shortcut! I think it’s important to make or play music that’s original and individual to you as an artist, and delivering that in a pure and honest way. It’s also important to get out and about and build your support network. If you are the kind of person that doesn’t like to leave the studio, it’s likely that you never will. I also think that building and developing your own platform is very important; signing music to ‘big labels’ just doesn’t have the effect that it used to. You’re much better off putting your time and energy into developing your voice as an artist with something brand that people can interact with that you control. Apart from anything it’s incredibly rewarding! 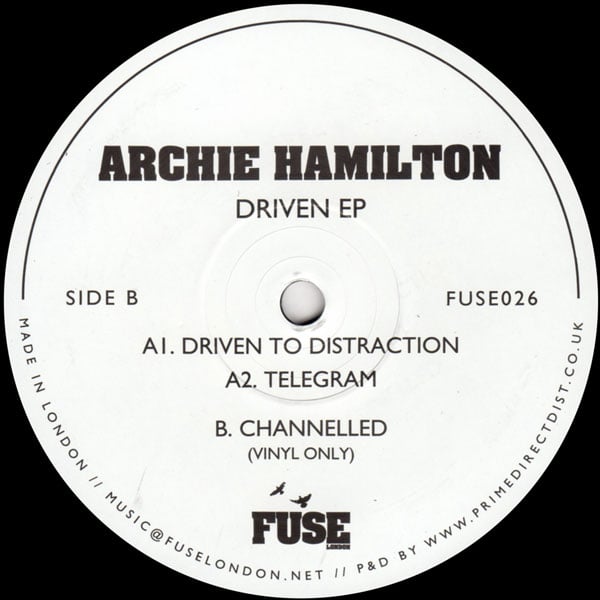