Widely celebrated as the pioneer of techno in India, Arjun Vagale steers the course of the country’s expanding underground electronic movement.

Currently reigning at the top of the DJ Mag India poll, Arjun’s intense, driven and raw approach to Techno has resulted in him becoming one of the most prolific artists to come out of Asia and, as one of India’s most acclaimed DJs, his cutting-edge productions have seen a massive globe reach.

Included in that reach has been recent forays into The Netherlands where Arjun joined the institution that is Awakenings over the summer and, perhaps most groundbreaking, becoming the first artist of South Asian descent to appear on Adam Beyer‘s seminal Drumcode imprint with his track ‘Liquid’.

“…regardless where you are from, or what skin color you have, electronic music is a global language”

We are speaking here with your latest track ‘Liquid’ coming out via Drumcode’s A-Sides Vol 6. What was the original seed for the track? What was its starting point?
The idea for Liquid was actually just a little jam in my studio. I’ve had a pretty busy summer touring, so the one week I had somewhat free at home, I decided to get into the studio and just jam. Making music for me is a very important aspect, almost like a release – so being away for over 3 months was getting to me. I switched on my machines, and just started jamming on my TR 909 & Modular synth. In a few hours I had this track ready. I played out that weekend and it worked really well on the dance-floor.

Releasing on Drumcode is quite a step in the career of a DJ/Producer! How did you come to meet Adam Beyer?
It absolutely is. Adam has been playing my music for many years now, but we only met in 2013, when he toured India for a festival. I was on support duties, so we got to spend some time together and talk about music etc. Since then we’ve kept in touch, and of course I’ve been constantly sending him music. Now over the last few years we have been seeing each other more often, meeting at festivals like ADE or Sonar, and this year after Awakenings he invited me to join the label.

I believe that you will be the first South Asian to release on Drumcode. What does this mean to you?
I believe I am. Of course it’s a matter of great pride to be signed to Drumcode, and be a part of this elite family. The label is not only one of the biggest in the world, it also has a loyal following and dedicated fan base, which is great for any artist. I’m proud to be the first Asian on the label, and it only goes to show – regardless where you are from, or what skin color you have, electronic music is a global language, with hard work and constantly pushing the envelope, anything is possible…. even if you live on the opposite side of the globe.

How is Drumcode looked at as a label in your native India?
Needless to say it has a HUGE name. The last few years, VH1 Supersonic Festival in India has hosted Awakenings, and the first year they had a Drumcode stage, so people in India are very aware of the sound and vibe of the label. I think most producers in India felt it was too big a name to even try and approach, but I hope my release paves the way for the future generation.

Speaking of India, how would you describe its dance music infrastructure and scene overall?
The scene in India is on fire at the moment. Its vibrant and about to explode. Its a large country, geographically, so there are many cities that have a strong scene, and a lot of the smaller cities have now started to develop, so the future is bright. We do have a lot of restrictions from the government about alcohol and timings etc, but despite all this, its growing.

As the country’s leading proponent of Techno, how do you see the balance between its undeniable interest in EDM and the more underground side of the spectrum? What is your place in this?
I’ve been doing this now for over 20 years. Back then we didn’t have a scene – in fact the scene today is built on the backs of a handful of us who have been dedicated in pushing it forward week in week out! In India, where everything from internet, to infrastructure is still not on par with the West, it takes real determination and often financial sacrifice to keep it alive.

When EDM exploded, it brought a massive influx of money, paved the way for bigger festivals and larger stages. But I’m proud to say the underground is stronger than ever. I often talk with local promoters around the country about the health of our scene, and its undeniable that EDM is on its way out. Its been a door for younger kids to start exploring electronic music, but they are quickly discovering the more intelligent side.

What sort of things do you feel India does well in the electronic music scene? What do you think it is still lacking?
We have a wealth of extremely talented producers & DJs in India, who are waiting to be discovered. The quality of music played is really high, and I’ve often heard this from international DJs that tour the country. What we lack is government support and infrastructural. Sadly, even a mention of electronic music is directly connected to drugs and alcohol – so in the eyes of the law its ‘evil’!

Who are a few other names we should watch out for who represent the Underground sound of India?
Ahh there are so many talented DJs and producers around … Kohra, dotdat, Praveen Achary, BLOT, FILM!

How has your summer been? You were actually in Amsterdam for Awakenings this year. How did that go? Do you have other interesting places to travel to throughout the rest of 2017?
This summer has been really amazing! We (Ramiro Lopez & I) launched our new label, ODD Recordings this year, so we hosted our first label party in Barcelona during Sonar, which was sold out. I also did a bunch of really lovely gigs all over EU and yes, I played Awakenings Festival for the first time – it was an unreal experience. Possible the best festival I’ve ever been to!

Naturally I had a really early slot, but I played on Area Z, which was exactly my sound and vibe. Surprisingly, 30 mins into my set, the tent was packed, and my set extremely well received, at least well beyond my expectations. I have nothing but love and respect to the entire Awakenings crew for putting on such a stellar festival. I also played Womb in Tokyo a few weeks ago, and I’m getting ready for my debut Australia tour in September … exciting times ahead.

Finally, how do you maintain your peace and mindfulness with such a demanding tour and production schedule? Do you have a certain routine?
Well, apart from my life as a DJ and producer, I also co-own and run a booking agency in India called ‘UnMute’, a music school called ‘I Love Music Academy’ and a record label call ‘ODD Recordings’ with Ramiro Lopez.

I guess balance and having a good team around you is the key. It can be stressful at times trying to juggle all these various aspects of my life, but they are all interlinked to each other, and feed off each other, so in a way, it helps me push forward. 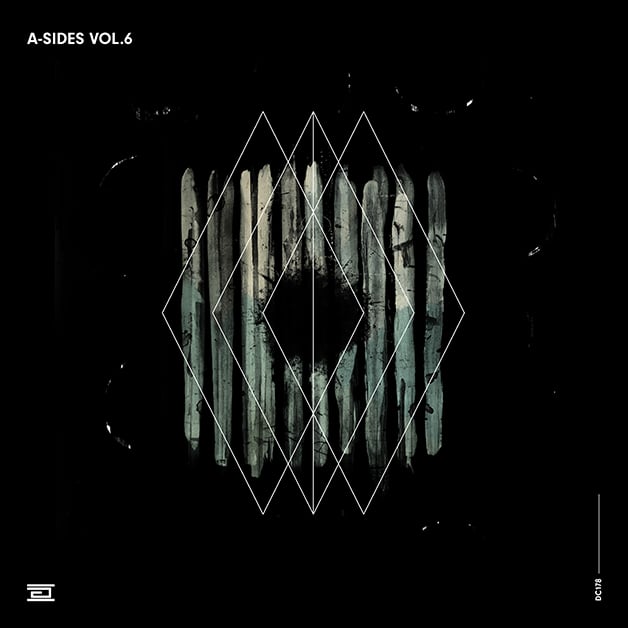