Colyn may seem to be a mysterious talent who came out of nowhere, but he has put in the hard hours to get where he is today. Despite his young age of 25, he already has 9 years of music production behind his name. We sat down with him to unravel Colyn’s tale.

His initial breakthrough came when the popular duo ‘Tale of Us‘ picked up on his sound and started playing out his music regularly. With ‘Amor‘ getting signed to their successful imprint and event concept ‘Afterlife‘, he started to turn heads. The record got heavily supported by other Afterlife artists such as Mind Against, Fideles, Mathame, Vaal, and Kevin de Vries. Also local Amsterdam hero, Joris Voorn is a fan, playing it at Awakenings, his Spectrum Radio Show and even called it ’one of his favorite records of the year’. Amor was also featured in Spotify playlists by Kölsch and Rüfüs Du Sol. Not long after, it got picked up by Tomorrowland to be featured as one of the soundtracks for their Official Aftermovie of 2019.

Colyn’s signature sound is very recognizable, while remaining highly unique with its endless textures and delayed synth shutters falling into a euphoric groove. When, at the time, mysterious track ‘Resolve’ got featured on the ‘Afterlife Fans’ group, it didn’t take long for the rumors to surface. As they snowballed, all indicators started pointing at Colyn. Now, Resolve is the lead track on his new EP which was just released last week on Afterlife, featuring 4 original tracks.

We took some time to sit down with Colyn to unravel the mystery behind what we believe will be nothing short of a spectacular future.

”be patient and persistent, it takes a lot of dedication to put in endless hours with seemingly no direct reward, but it’s the only way to make the progress and development that is needed.”


Hi Colyn, Thanks for taking the time to sit down with us. Where are you from and what are your biggest influences growing up?
I’m based in Amsterdam, but I grew up in the countryside of The Netherlands in a very small town called Uitwijk. After middle school, I needed to get out of there and naturally chose to move to Amsterdam, which quickly felt like home. My musical influences when growing up were quite diverse, with everything from disco to classical music being played around the house.

At the age of 15, when I started producing, Pryda aka Eric Prydz was my biggest inspiration getting started with electronic music. Shortly after, the early Life and Death records by Tale of Us, Mind Against and Recondite sparked my interest and that interest never ceased to grow. These days I listen to a lot of classical-inspired musicians like Rival Consoles and Nils Frahm, who really pull me into another dimension with their music, and the same applies for contemporary electronic indie artists like Rüfüs Du Sol and RY X, who I also admire.

What is it that you struggled most with these past 9 years of producing?
Finding my own signature sound was one of the most difficult things. I was experimenting with different styles and nuances in the electronic music spectrum, but up until a year ago, I was not entirely sure where my sound was going.

And then there must have been a specific moment when you did find your sound that is so distinctive in ‘Amor’. When and how did that happen?
Yes, in the summer of 2018, I took a two week holiday away from music. After two weeks of relaxing, I came home with a fresh perspective on my musical direction and it all came together.

I was working with the original sound I designed for a little while already, but there was something missing to make it unique and special. So I started experimenting with various modulations to rewrite the original sound, which eventually resulted in the synth line for Amor. In hindsight that was the period when I laid the foundation for the music that I am making today.

The funny thing is, when I finished Amor, I didn’t realize I had something special actually. It wasn’t until I played it to some of my friends the week after, seeing their reactions, that I knew I was onto something.

That you were onto something is for sure. Now next is your 4-track EP on Afterlife, including the lead track Resolve, how did this EP come together?
The studio process for this EP was just a loop of trial and error. With the benchmark I’d set for myself with Amor, I felt like I should be pushing myself to keep renewing my way of thinking and my sound accordingly. Every song I’ve written has a story to it in my mind, which directs the emotions that I try to capture in my music.

I had sent Tale of Us quite a sizeable amount of demos over the last 8 to 9 months, of which Gravity is one of the oldest ones that actually made it onto the EP. It was part of the same batch as Amor, which I sent to them around the time of Afterlife Tulum. After the faith of Amor was decided I sent them a new load of tracks including Resolve, Eriador, and Exchange. When I finished Resolve, I quickly realized that it was something interesting. It had this uplifting atmosphere, combined with some darker elements to keep the emotional pallet in check. To me that balance is essential, there can only be darkness when there is light, and vice versa.

When we met up in person again in Amsterdam Carmine and Matteo asked me to do an EP with the 4 tracks mentioned above, which obviously was an offer I could not refuse. 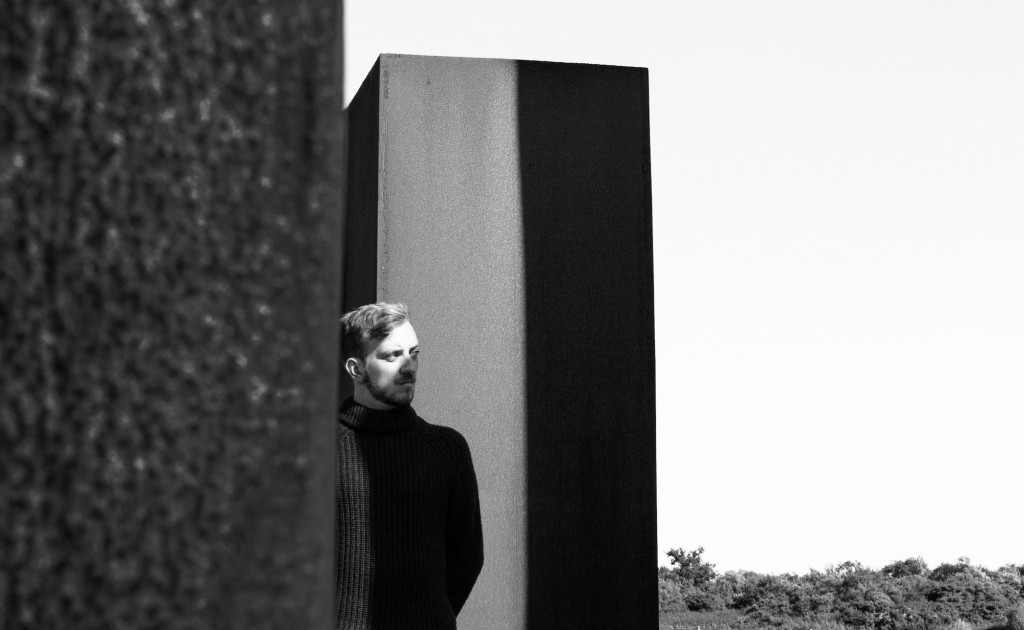 What is it that you recommend up and coming producers?
There are a few things that I could recommend. Firstly, it all starts with music. Try to innovate and create something that sounds fresh and your own, which naturally is easier said than done. Secondly, visit events and speak to the artists that are leading in your style. Lastly, be patient and persistent, it takes a lot of dedication to put in endless hours with seemingly no direct reward, but it’s the only way to make the progress and development that is needed.

What made a big difference for me is when I got to a certain level of producing on the technical side, I forced myself to further develop my sound design skills. This slowed down my workflow for a little while, but I ended up with a set of tools to create my own textures and sounds.

How do you prepare your sets?
I have a different approach to each DJ-set because I feel like every situation demands its own attention and feel. The tracks I play are mostly my own, this makes it easier to select and change things on the spot because I know them from front to end. Obviously, warm-up sets are very different than peak-time sets or after-party sets.

For example the warm-up at Afterlife Ibiza last July was all about setting the tone for the night. Which means I would start off with some texturized ambient cuts, slowly building it up and getting people in the mood for what’s more to come that night. I created 4 tracks especially for this show alone. Other shows, where I would play at peak time, require a different approach. In Copenhagen two weeks ago, at Ved Siden Af the crowd was already very energetic and ready to go, so you adapt and don’t take the energy back too far in those situations. At the same time, you maintain your flow and take them onto your journey without compromising.

What gig has been the highlight of your summer so far?
Warming up the main room at Hï Ibiza for Tale of Us, Dixon and Denis Horvat was one of the most rewarding experiences. The floor filled up within 30 minutes after I started playing and the energy was flowing through the room from start to end. I played mostly my own material, which makes it extra special seeing a positive crowd response. From new original songs that I played for the first time to, the then just released, Amor and closing off with Resolve before handing it over to the Horvato haha.

And what is still on the horizon?
In the near future, I am really looking forward to Into The Woods Festival, which is a lovely boutique festival in the forests around Amersfoort, setting a beautiful mood and backdrop for an intimate party. Also, Afterlife London is very special because I was there last year and walking into those impressive Press Halls to hear Tale of Us playing one of my tracks was quite overwhelming. So to play there myself this year is unreal. Kompass is a place I have never been to before, but I have only heard good things about it. Sharing the line-up with Tale of Us, Denis Horvat, and Woo York is obviously an exciting prospect.

You just had your EP Release on Afterlife, but is there something you can share with us about any upcoming music?
For now, there is little I can say about this. However, there will be new music before the end of the year, that is guaranteed.