Erol Alkan has lived many different guises so far; DJ, remixer, label founder, club promoter, radio host, and each with great success. Keen to keep moving forward, what, one might wonder, allows Alkan to remain such a vital figure in contemporary music, both in the DJ booth, in the studio and beyond.

“We each have to find our own way inside of the demands we place upon ourselves, so I can’t really advise much apart from to trust your instinct (again), and if you feel you can’t give enough of yourself to something, then reassess.”

Great to speak to you today Erol. How are you and what have you been up to lately? We noticed you recently took part in the Brexit march in London. How did that go?

Hi, I’m OK thanks… I was part of the ‘Dj’s Against Brexit’ Soundsystem organized by the team behind Block 9. As there were so many DJs involved, I only had time to play three records (each DJ had 15 minutes) but what I chose seemed to connect with the moment, which is all you can hope for. I feel it was important to do as I strongly believe we are making a mistake which will set us back decades, or maybe the damage is already done and it’s all about limitation now? Time will tell…

Due to various factors, the music industry continues to drastically change and managing a label today is very different from how it was when you launched Phantasy in London back in 2007. What would you say has been the most positive and negative changes since then?
Phantasy has grown in the last 11 years, and it continues to but without a clear path. Everything is done on instinct and never driven by profit, so it’s incredible to still be here. Positives are that we are always inspired by new artists and do not feel it was better in the past, and in respect of negatives: they are there but I never dwell on them, we just keep moving on.

I have no problem with the music industry changing – it needs to evolve – but it’s a particularly strange time as music has become an art form which is decreasing in value as to how we pay for it. The vinyl revival is nothing to cling onto with hope, it’s great that DJs are still using it but it doesn’t make you a better, or more important DJ than somebody playing off a USB key.

As an artist, you have an incredibly varied catalogue, from remixes of Depeche Mode, to originals like your recent ‘Spectrum/Silver Echoes’ EP, and your album production for groups like the Ride, Mystery Jets and Late Of The Pier. How do you unearth inspiration before starting each new task?

Inspiration is always there in front of me because of who I choose to work with. My instinct is everything to me, I trust it completely and never head into something which I have doubts about. Once I am in, I am committed until the end. Working with a guitar band like Ride compared to producing electronic club music is just as different to wearing different clothes on different days, I see musical styles and ambition much like languages and how to communicate within them. I’m never intimidated to try something new either, it’s all part of learning.

’Spectrum / Silver Echoes’ was your first solo material release as Erol Alkan since quite a while. You mentioned in your Red Bull interview that the new tracks were among hundreds of other demos on your computer. Can you tell us more about your process narrowing these down and selecting ‘Spectrum’ and ‘Silver Echoes’ for release? Can you reveal any plans for the others yet?
I have folders of demos and music but am quite particular about what I release and when. I suppose for a while I wasn’t quite sure if I, as Erol Alkan, was an electronic club producer or more of a studio producer in how I work with bands. In the end, I just decided not to even think twice about it, so there will be more music coming, very soon. 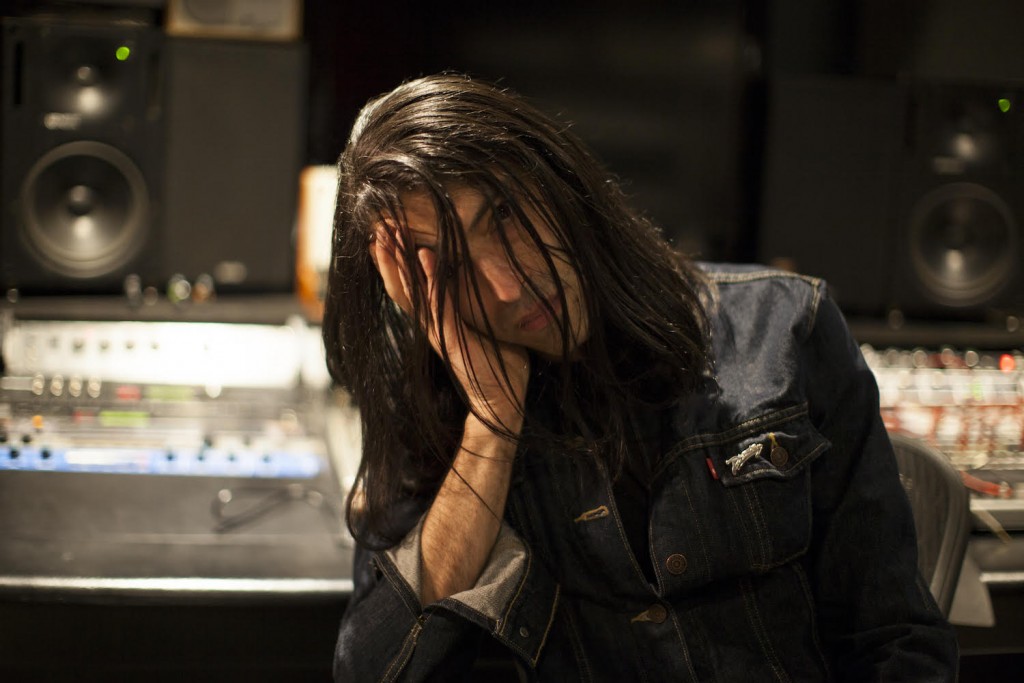 You’re now releasing remixes of ‘Spectrum/Silver Echoes’ on Phantasy. Could you take us through each of the remix artists?

Sure. I’ve been a big fan of Machine Woman for a while now, ever since I heard her remix of Acute Angles by Second Story, so she was the first artist I reached out to as I felt she’d be perfect for ‘Silver Echoes’. In the end, she made a bunch of remixes and asked me to choose one, but I ended up choosing two as I was torn between them.  She’s very talented, it’s been cool to be in a creative situation with her. Matrixxman ranks up there as one of my favourite producers, I’m always looking out for what he is making so when I wanted a far more electronic version of ‘Spectrum’ he was top of the list. His remix is exactly what I wanted and embodies what I love about techno.

Mano Le Tough is a friend even though we’ve met a handful of times, but I feel a real connection with him which I can’t explain, so it was no surprise that I found his remix of ‘Spectrum’ inspiring. He’s managed to take it into a whole new space whilst retaining so many integral parts of the original, something which I try to do when I remix other people.

I met Baris K when he was a guest on one of my ‘To The Rhythm’ parties at XOYO in 2017, and his Dj set was one of the most inspiring I’d heard in years. I really wanted to expand on the rhythms inside of ‘Spectrum’ so Baris felt like the right choice, and he really delivered.

I’m really lucky that I love each 5 of these remixes in equal but different ways, feels like I’ve found the end of the rainbow…

Last year you mentioned you are trying to cut down on purchasing more studio gear to focus on what you already have. Have you managed to keep to your word? Which pieces of kit would you never part with and why?
Yes. I bought a small Roland synth but that’s it. I’m beyond the mindset of filling my studio with the gear I won’t or can’t use and enjoy the limitation of a few instruments which I know inside out. This can change but for now, it’s fine.

I’m completely devoted to my Roland SH-1 and Juno 6, they seem to end up on everything. They both have a charecter which I feel is important to my music, I can’t explain it beyond that.

You’re well versed in performing All Night Long sets and have two upcoming between now and the end of April, including playing Hackney’s EartH on the 30th of March. How do you approach lengthy sets like these?

I spend days going through records, maybe 3 or 4 sessions listening through to recent purchases and promos to find records which I am inspired by. It’s important to have more then you need and to also feel that you are bringing new records to the party even though many people may not notice. It keeps me on my toes creatively.

What’s been some of your most memorable performances to date?

Benicassim 2006, closing the main stage still comes to mind, maybe last year at EartH is another for personal reasons, the atmosphere was incredible.

You manage a label, tour internationally, work on various projects in the studio whilst also having a family. How do you manage to juggle all of these roles? Do you have any tips for others in the same position?

We each have to find our own way inside of the demands we place upon ourselves, so I can’t really advise much apart from to trust your instinct (again), and if you feel you can’t give enough of yourself to something, then reassess. Thankfully I have people who manage the label for me so I can just stick to the creative side. I don’t really see it as a juggling act as they are all interconnected in some way, the only factor which changes it all is when I have to be in a studio for 12 hours a day with a band, then my mind is closed off to any other creative process.

Can you tell us a little more about what you’ve got planned this year as an artist? What about Phantasy?

I have more music coming, plus we have a bunch of new ideas to put out there but what we actually do is up in the air. We settle on things when just go with it when it feels right.