Established throughout the music world as both a formidable Production and Performing force is HVOB.

Currently on a massive worldwide tour in support of their latest LP “SILK” (alongside Winston Marshall), HVOB will once again descend on the picturesque fields of Belgium’s Paradise City Festival over the weekend of 25-26 June. Here, we’re anticipating the duo’s alway interesting live performance at the festival by speaking with them on everything from the release to the importance of maintaining creative independence and more.

“We don’t want do make any compromises that would come to our art and music.”

We’re talking here with your latest album out, as well as for you upcoming appearance in Belgium at the Paradise City Festival. First, on the album…what was the very first aspect of “SILK” that came to you? For example, was it a particular sound; was it the title?…
SILK was not planned and really happened to us. It feels like a side project, as it is not a 100 percent HVOB album, it is a collaboration with Winston Marshall. We are happy that we got this opportunity to show a slightly other colour of our music. SILK is the combination of Winston’s and our world. When we started to work with him we thought of making a one or two track EP, but we had so much joy working on it that we decided to produce a whole album.

As this is also the first time you have collaborated on a long player, can you explain a little about Winston Marshall? Why the collaboration? What was your relationship like prior to the album?
One day we got an email from him, and we thought it was fake. Couple of weeks later we got another one, and then we realized that it was really him. He said he liked our music so much that he wants to make some music together, so we started sending Demos and he visited us in our studio. Of course, we would have never thought of a collaboration with him. But it is exactly what it made so special and interesting: we are from completely different worlds. And I think that’s the reason why SILK has this very unique sound.

To me, an interesting aspect of your approach to music and your career is your distinctly DIY approach. “Silk” is self-released and its subsequent tour organized via a tight knit group. Would you say this decision is rooted more ideologically or economically? Is maximizing independence a significant aspect of your creative philosophy?
Paul and me have always been very into every aspect of music and its business. We know exactly what we want and what we don’t want, we are very nerdy about every detail. Also we don’t want do make any compromises that would come to our art and music. So we try to keep our team as small as possible. We have great people around us, but we are involved in every step. That’s essential to us. 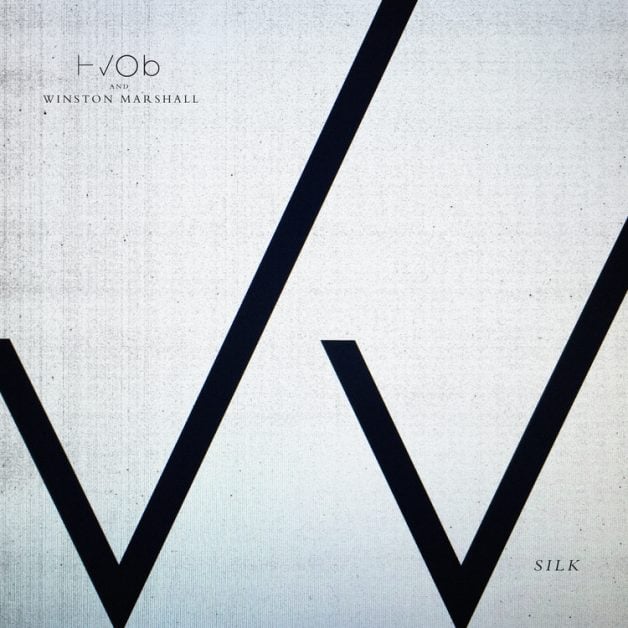 Speaking on your tour, can you explain a little about the production behind it? Specifically, your decision to utilize a live drummer?
We just finished the European SILK tour last April, it was a full concert tour with lights and visuals, which we have never done before. We are still playing in clubs in the middle of the night, but we also want to do this step out of the club. Concert shows and club gigs are like completely different worlds, and we love both. The concert tour was a big production with lights and visuals, and we really enjoyed showing people the full aspect of our idea of combining music and art. It is just not possible in a club, where it is all about the music only (which we also really love). We are planning to coninue SILK tour worldwide after the summer festivals, with shows in Asia, North and South America and Australia. But we have always been playing with a live drummer from the very beginning, we always wanted HVOB being a live and not a DJ act.

Moving on to Paradise City, do you have a prior relationship with the promoters? What have you experienced/heard about the event?
It is our second time playing there, we have been there in 2015 already. We are really happy and grateful for coming back, as Paradise City has one of the most beautiful locations we have seen. We just love this castle, it looks like a magic place.

What I know about Paradise City is that it is one of the world’s most sustainable festivals, with a ten-point plan for environmental responsibility. In my opinion, all festivals around the world should abide by a centralized sustainability initiative in order to be granted permits. Basically, if you don’t protect, you simply will not occur. Do you agree?
It is good that a lot of festivals these days are aware of their responsibility and their influence they have on people regarding their awareness of our environment. We all must do our part, so its great when sustainability becomes more and more a natural aspect of cultural events.

Finally, with the summer season in full swing and the schedule undoubtedly busy, how do you maintain a level of mindfulness through it all?
It’s easy to get overwhelmed with all the traveling. It is great, but I also want to stay longer sometimes. For example, we played 3 shows in 4 days in India last week, you really have no time to get to know the people, see the cities and the country. Which is simply sad sometimes, I would love to have a little more time. I really try to reflect and being concious and grateful for all the experiences and impressions. But that’s not hard as we are so gifted with the reactions of the people at our concerts. Sometimes I can not believe what‘s happening, as in India a couple of days before. I am happy after every concert. As long as you are aware of how special that is and you don’t take it for granted – so as long as you are grateful – I think you are mindful. 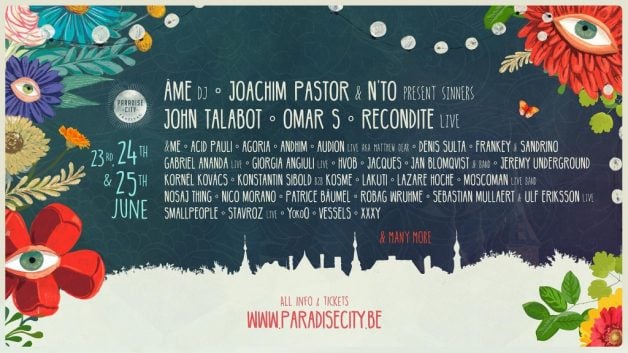