Marc Romboy has been involved in virtually every facet of the electronic music scene since the early 1990s.

With this interesting project available now, I spoke with Marc Romboy on its inspiration, process and execution.

“There were moments during the concert where I closed my eyes and I really felt like being in heaven.”

Going back to when you first were introduced to music, was it classical? I was given a cello in third grade, so it was mine.
My history is completely different. When I was in elementary school my mom asked me if I wanted to go to the music school and I refused. On the other hand I have been a pure DJ from the beginning, even from my childhood. Instead of going to music school I preferred to go to record shops. I was interested in everything. I wasn’t only into electronic and Kraftwerk. In fact, the first two albums I bought were Beethoven’s Symphony #9 and Mozart’s Eine kleine Nachtmusik.

That is different! I feel lucky to have been introduced and encouraged to pursue the orchestra while in school, especially in public school. Sometimes in The States its difficult to find public schools that fully support the arts.

In reading on the project, the way I understand it is there was a process in choosing Debussy as the composer. Can you describe this process?
It was a very long process. Everything started with the notion that I wanted to do something with classical music and merge it with electronic. These two worlds are not as far away from each other as some may think. So, when I was thinking about it, the Concert Master (Ingo-Martin Stadtmü) of the Dortmund Philharmonic Orchestra called me. In September 2015 he asked me if I was interested in working on a concept with the orchestra to which I spontaneously said yes without knowing what to expect. I had to say yes because it was a new and exciting challenge waiting for me. It was out of the question to say no. As soon as everything was settled the second phase came, which I could not really predict, which was “What do you want to”? There were different options offered such as reinterpreting my own music, or a mix of my music and a random composer. I didn’t want to reinterpret my own music, but I preferred doing so with a random composer with my knowledge of the present. I thought this was an interesting notion.

At the end of the day it took me 9 months to arrive at Debussy. It was an odyssey. First of all, I thought about Bach’s 5th Brandenburg. It’s not as well known as the others but it has lots of passages you can reinterpret in a very nice way. However, the orchestra management said they couldn’t provide the instruments. I can’t recall which ones but it uses some exotic instruments that are very rare.

Finally, I thought Stravinsky. His is an exotic world. In some ways it reminds me of the crazier shades of electronic music like Aphex Twin. I found out Stravinsky died in 1971, however, so the rights to his music are still protected. We asked his publisher and they said no chance! Straviznky’s children really don’t want this.

So, then the orchestra told me that they had to publish their program in 2 days. I had 48 hours to decide. I had two night sessions of music and speaking with friends. Finally I was given a list of 5 composers and Debussy’s name was on it. I thought to listen to La mer again. When I did, I realized this would be my thing.

When you did finally decide on Debussy, who is part of the impressionist school of composers that also includes Ravel, for example, did this school of thought play into your decision at all?
Composers like Stravisky, Ravel and Debussy come to your mind when realizing such a project because they are not so old. Debussy died 99 years ago. Stravisnky in 1971, and Ravel wrote Bolero in the 1920s. We are talking about very modern composers who are quite close to us on the timeline. Someone like Debussy is also considered to be an inventor of movie soundtracks. When you listen to La mer, it feels like a soundtrack.

I have to say though, this kind of experimentation is not complete. If you look at someone like Bach, who lived in the 17th Century, he did amazing music! If you dive into his music you will instantly find that he did sequential music without digital instruments.

Debussy’s music is distinct in its tonal structures and scale usage, but also in its multi cultural influence. For example, much of his pentatonic scale use was influenced by native Indonesian music. How do you see the influence of world elements and multi-culturalism in Debussy’s work?
People like Bach, Mozart, and Beethoven are genius but rarely had the privilege to listen to music from other continents. Debussy was in a different position. This is why I feel so close to him. He was always very open minded. You mentioned pentatonic music from Indonesia. When he went to the world pavilion in Paris, he was listening to music from Java and was completely amazed. Electronic Music producers are quite open minded. They take things that are not necessarily in their genre and try to make it new and different. I can feel that Debussy had the same approach.

In looking now at the project and the entirety of the original composition. What is the starting point for you? Do you have a vision when you begin? Did it evolve?
Parts of the live recording are completely original and there are parts lifted from the original piece which are remixed, looped, edited, and so on. When you do this the effect can be very exciting. I mention because a few reviews said that I had picked out a few passages but didn’t remix the entire work. I would say it would be too much and it also wouldn’t align with my mission for the project. I wanted to merge the two worlds and I wanted to present classical music in order to show people they can dive into it and like it even if it doesn’t cover the usual way of listening to sequential electronic music.

When I went through the three parts of La mer, I had my doubts that Debussy was even thinking about the sea. When we make music when the track is done the hardest part is finding the name. Sometimes you’re sitting in the studio wondering what to call a track, then you see a bottle of water on your desk and you just call it that. I would say this was the case with Debussy and La Mer.

So did you approach it in a similarly fluid way?
We wanted to keep the original arrangement and find two or three parts in each section to highlight. Electronic music as we know it comes from sampling, so that’s how we looked at it. At the end of the day, our notion was to pick out the great parts in order to loop and highlight them. Once they were reconstructed, then in comes the Concert Master. He comes from old school hip hop so he also understands sampling. I showed him the loops and asked him to write orchestral music to what I had done. That was the entire story!

So, this truly was a collaborative approach with you and the orchestra?
Absolutely! It was like a ping pong game?

How have you gauged the response at live performances?
I am very happy and I am also happy that everything is finalized. It was a long path to walk. A lot of fun but eventually you want it to get done. I am very grateful for this experience because this was a new step. It lifted me to another region that I had not known before. There were moments during the concert where I closed my eyes and I really felt like being in heaven. I will always love electronic music but sometimes its nice to extend it with instruments.

This combination of electronic and classical is very interesting to me. The addition of organic strings or pianos can really heighten tracks, especially within the live performance space. It adds volume.

Finally, do you have any plans to bring the show to Amsterdam.
Yes, of course. It will be played in the future but nothing is planned for Amsterdam yet. I have a few other agreements that are combined with classical instruments. The good thing about all my projects are that they are all open so I can play this concert many times again. We are talking with many concert houses but, naturally, there is a lot that goes into it. It’s not easy to squeeze it into the usual DJ schedule. To play at Concertgebouw would be amazing. Amsterdam is my favorite city in the world! 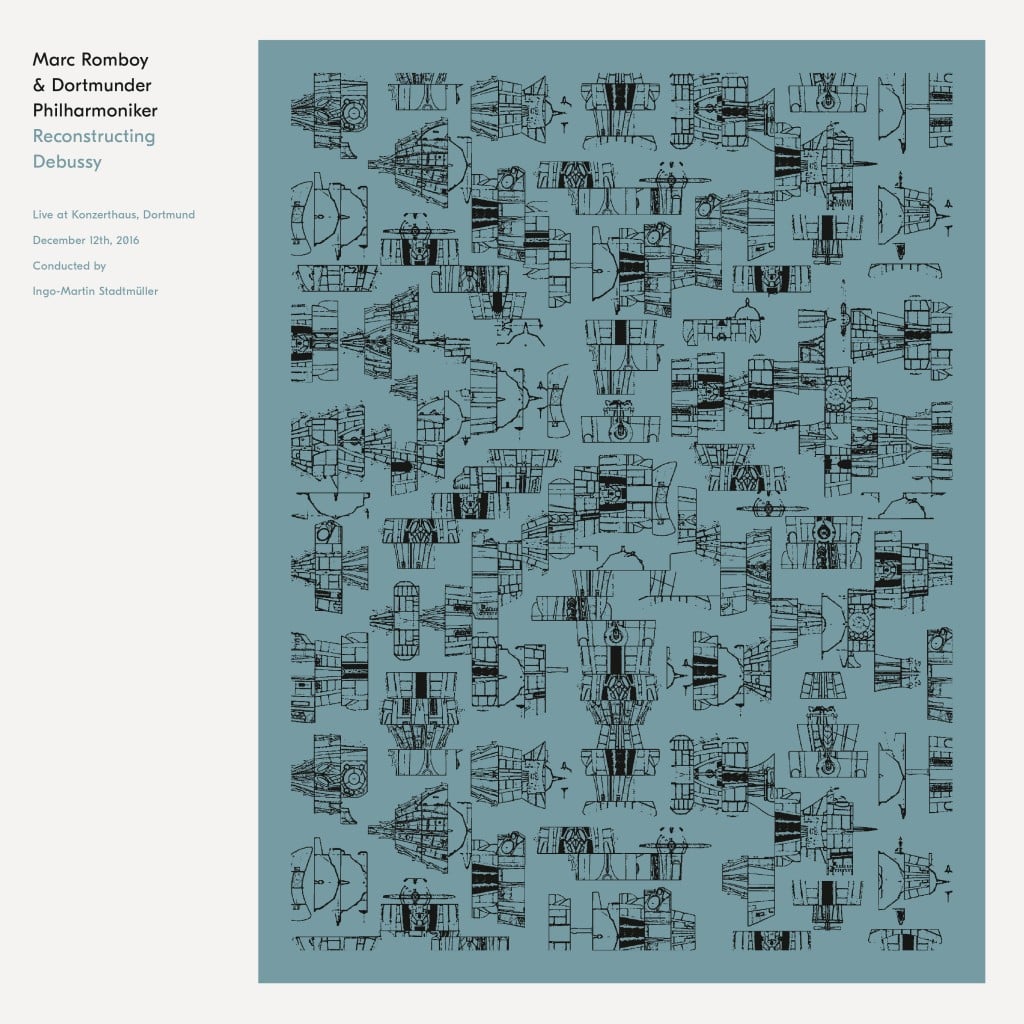