Mirko Loko, best known for his musical output on Cadenza, Visionquest and Memento Records, delivers the sophisticated LP “Twin Bang” as the first release on his own Comet Traxx imprint.

The Swiss DJ & Producer collaborates with the likes of Derrick May, Moody Preachers, and Ursula Rucker on the project giving the collection of charming and seductive dance oriented tunes a definitively classic feel. Alongside this journey through the musical cosmos, Mirko Loko also debuted the album’s corresponding live show at the well-respected Montreux Jazz Festival with more live dates are to be announced, including a special performance at Polaris Festival, between December 7-10.

Here, we caught up with Mirko Loko for a relatively in depth look at the making and stories behind “Twin Bang,” as well as his impressions on Montreux and curating the upcoming mountaintop Polaris Festival.

“I am happy to be able to do things simply and as I feel.”

We’re talking here on your new LP ‘Twin Bang’,’ which is available via your new label Comet Trax. Firstly, speaking of the label, why did you decide to launch the label with the project?
I was just looking for more freedom, make the music I wanted and get it out without having to wait for too long … It gives an additional freedom to my creative process; no need to respect a specific format or wait for someone to release something…These were the main reasons why I decided to create my own label.

Today, I am happy to be able to do things simply and as I feel. I have no particular expectations apart from being able to release my music independently. It was great to have idols such as Derrick May or Ursula Rucker participating in the album. At home, I often listen to the Roots’ album “Things Fall Appart” in which Ursula Rucker sings.

Making a track with her and Derrick who is certainly one of Detroit’s artists who influenced me the most was an incredible experience; it is a great honor to close the loop with them on my new label.

I am also very happy with the tracks with the voice of the Moody Preachers . This was made possible thanks to the precious help of my city mate Salvatore Freda from Adenogroove.

Having a label is a totally new experience for me, it enables me to express and crystallize my passion.

What is the meaning behind the name Comet Trax? I’m assuming it has something to do with an interest in the cosmos…but, in what way?
I love Sci-Fi movies, astronomy and galactic atmospheres and sounds. It is both completely cosmic and the continuation of my last album title « Comet Plan » and music.

Space and futurism are sources of inspiration for me. I wanted to give a name to my label that was coherent with my latest release and at the same time do an homage to Chicago’s house.

The album features a handful of collaborations, perhaps most notably that of Derrick May. I’ve been told there’s a bit of a story as to how you first encountered Derrick…can you share?
The first time I heard Derrick was during new year’s eve 94 – 95 in a rave in Lausanne called “Le Bal” hosted in a huge congress hall named Palais de Beaulieu. That day, when I casually crossed the dancefloor where he was playing, I took a big slap in the face. The rave had 6 or 7 floors!

At those times, in Switzerland, it was possible to dance in big raves almost every weekend. Rave culture was very important and massive in Switzerland during the 90’s. I remember very well that day! Derrick was like a lion beyond the turntables and I was discovering Detroit’s sound for the very first time of my life!

We had no internet, only records stores and some rare magazine to learn more about an artist. I learnt more about him by buying records from Transmat and all the Detroit’s scene that probably changed my life forever.

Detroit’s music is very emotional. When I bought my first records from Motors City I was immediately responsive to their music just like with Carl Craig’s music that I discovered more or less at the same period.

By the end of the 90’s, Carl became resident of a club in Lausanne named Loft Electroclub where I got my very first residency. At that time, I really got to know personally Carl and Derrick since we were playing regularly at the same club.

One day, Derrick came to my parents’ house to taste my mothers’ legendary pasta. I believe that until today he has never tasted a better “sugo”. Mamma is the best! It was an unforgettable day, unreal and funny at the same time. Excellent memories and definitely a very good period of my life!

Since that time, how has Derrick May influenced your career and sound?
Derrick is an extraordinary DJ! One of the best that I know. I am always impressed by his mixes and his groovy approach.

It is my school! He is on my 3 “DJ Heroes” together with Laurent Garnier and Carl. I have a huge respect for him. He is an authentic guy and really appreciate that Transmat’s music and many labels of Detroit are part of my culture and DNA and keep on influencing me strongly.

Also featuring on the album is Ursula Rucker who features on the track ‘It’s Like’. With such a distinctive voice, what would you say Ursula brings to this track, as well as others where she is featured?
Ursula is THE voice! She has a very unique style. She brings something magic in all her projects (With 4 Heroes, with Josh and King Britt or with The Roots for instance). She sublimates all what she touches with her very delicate and rare voice. For me, she gives a superior dimension to the album. She brings emotion sensuality to this track. I am very happy to have her on this project. I am very fond of her.

As a live performance, you debuted the tracks from the album at the Montreaux Jazz Festival. Why was this festival the right place to do so? How was the reaction?
Montreux is right next my door and it’s a major event in my country and around the world. I go there every year since I am a kid. It is a magical place, full of history. I listened to Prince two times and many other legends of the music. It was the best place to present my live act and my new album. I grew up with this festival, I lived many good things and good times there so it was the perfect place. I have a lot of love for this festival and it is certainly one of the best in the world.

…and what about Polaris Festival? As a curator, will you be performing there? Can you describe a bit about the ethos and approach of Polaris? How does it fit into the Swiss electronic music landscape?
We created Polaris Festival with my partner Raphael Nanchen in 2015. This year, we will celebrate our third edition. The festival takes place in the ski resort of Verbier, a beautiful small village in the Swiss alps.
It’s not super big but we want to keep it at a human size to preserve the magic and special energy of this authentic village. It’ s very important for us. We want to offer an excellent programming in all clubs and special locations of the ski resort with free access during the night. We collaborate closely with all the establishments of the resort. This year, we have the huge honor to welcome Larry Heard aka Mr Fingers live for the very first time in Switzerland. We are also happy to welcome Omar S as well, Derrick Carter for a spacial “does disco” set and many other amazing artists like Gerd Jonson, Kenny Dope, Tom Trago Live, Nina Kraviz, Virgo Four live, Young Marco, Luciano, Seth Troxler and many more … I will also play with my very old project Lazy Fat People (with Ripperton b2b).

I think it was very welcomed in Swiss electronic landscapes and we had a lot of success with our two previous editions. It has become a very expected and unmissable appointment now. 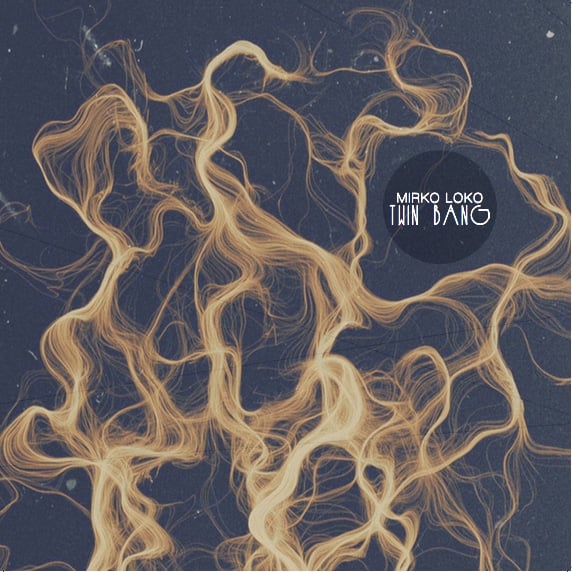